A Davenport man reportedly ran a red light before striking and killing a bicyclist, and left the scene Thursday afternoon. 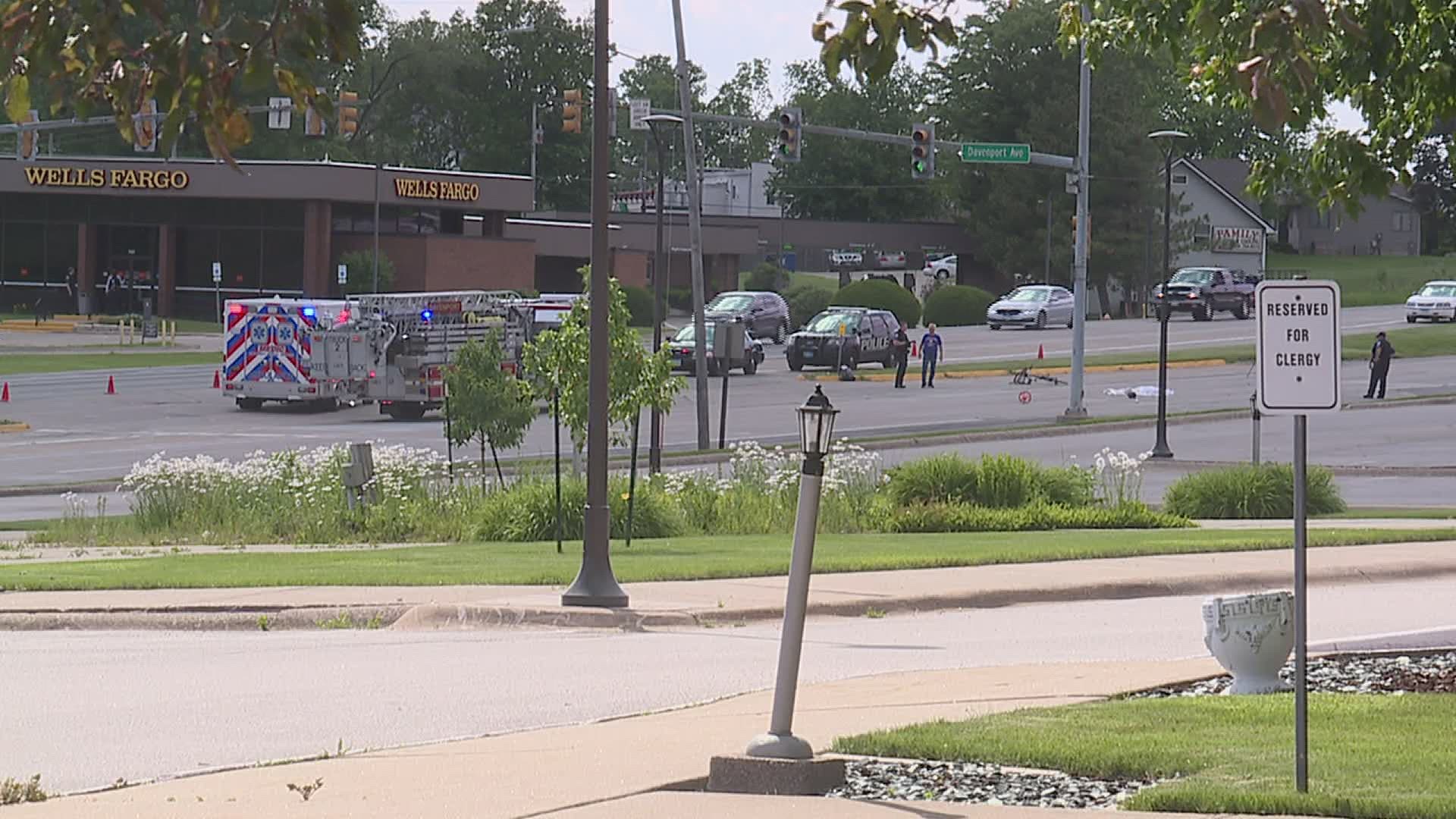 DAVENPORT, Iowa — A Geneseo man was killed in a hit-and-run Thursday afternoon after a driver reportedly ran a led light and struck him.

According to Davenport police, at about 3:02 p.m. emergency responders were dispatched to the intersection of Kimberly Road and Davenport Avenue after reports of a crash involving a bicyclist.

Early investigation found that 40-year old Geneseo man Alex Marietta was biking down Davenport Avenue when he was struck by an SUV that ran a red light while travelling west on Kimberly Road.

Marietta sustained serious injuries and was pronounced dead at the scene. The SUV fled the scene after the crash.

After further investigation, the driver of the SUV was found to be 33-year-old Davenport man Bobby Hunt, who was later arrested and charged with Homicide by Reckless, Leaving the Scene of a Fatality Crash, and Reckless Driving.

The Davenport Police Traffic Safety Unit is continuing to investigate the incident.