Necker’s Gift of Giving salutes Race for the Cure

“If you’re a woman, it really speaks to you,” said Beth Lagomarcino, on Race for the Cure. 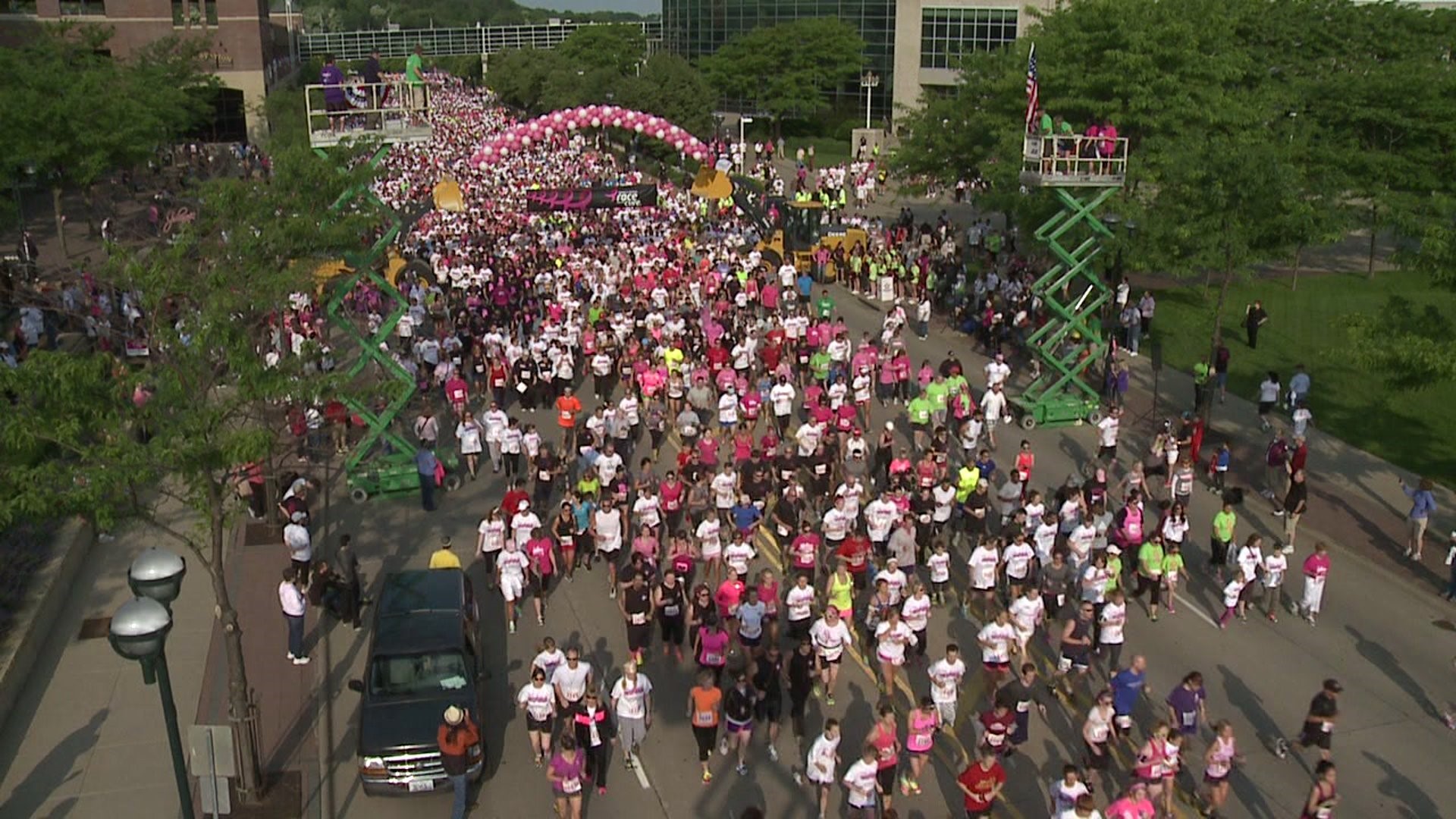 MOLINE -- It's a remarkable sight along River Drive in Moline each year.

"It's a wonderful atmosphere," said Christina McNamara, Komen Quad Cities, on Wednesday, May 3.  "There's a sea of pink. There's a lot of survivors that join us on race day with their families and friends."

In this Gift of Giving, Necker's is donating a portion of May sales to benefit Race for the Cure.

It takes place on Saturday, June 10. You can register for the race here.

Some 7,000 runners and walkers will be on the move. At Komen Quad Cities Race for the Cure, it's definitely more than an event.

"It is about survivorship," said McNamara, a 14-year cancer survivor. "It's about life.  It's about research to find a cure for breast cancer."

There are lots of poignant moments each year.  In 2016, Vaunie Brewer, 100, and her granddaughter, Heather Brewer, celebrated their first walk together as survivors.

"Just to see somebody who's 30 years out and doing just fine, able to still be a part of it, is an inspiration to a lot of people," Heather said at the time.

Inspiration that also reaches each year into downtown Moline and the Floreciente Neighborhood.

"I think it's giving people hope for a cure," said Beth Lagomarcino.

Lagomarcino, owner of her family's century-old candy store, will walk the route with her daughter.

Stores like Lagomarcino's will open early on June 10 to offer encouragement, support and refreshments.

"I do think it empowers women who have faced breast cancer and helps empower them in their journey," she said.

Each step in the 5K pays for mammograms, education and research.  It expects to raise more than $250,000.  Nearly three-quarters of the money stays in the community.

"It's the Quad Cities' largest 5K, and we're very proud of all the hard work and participation we've had for the past 28 years," McNamara said.

It's a Race for the Cure until there's a cure.

"If you're a woman, it really speaks to you," Lagomarcino concluded.

And, it speaks through each step along the way.