My Favorite Teacher: Taking the fidget out of fifth graders

COLONA, Illinois – It’s something she wants to say every day. “Mrs. Smith, you’re ‘My Favorite Teacher’.” Libby Pettifer has... 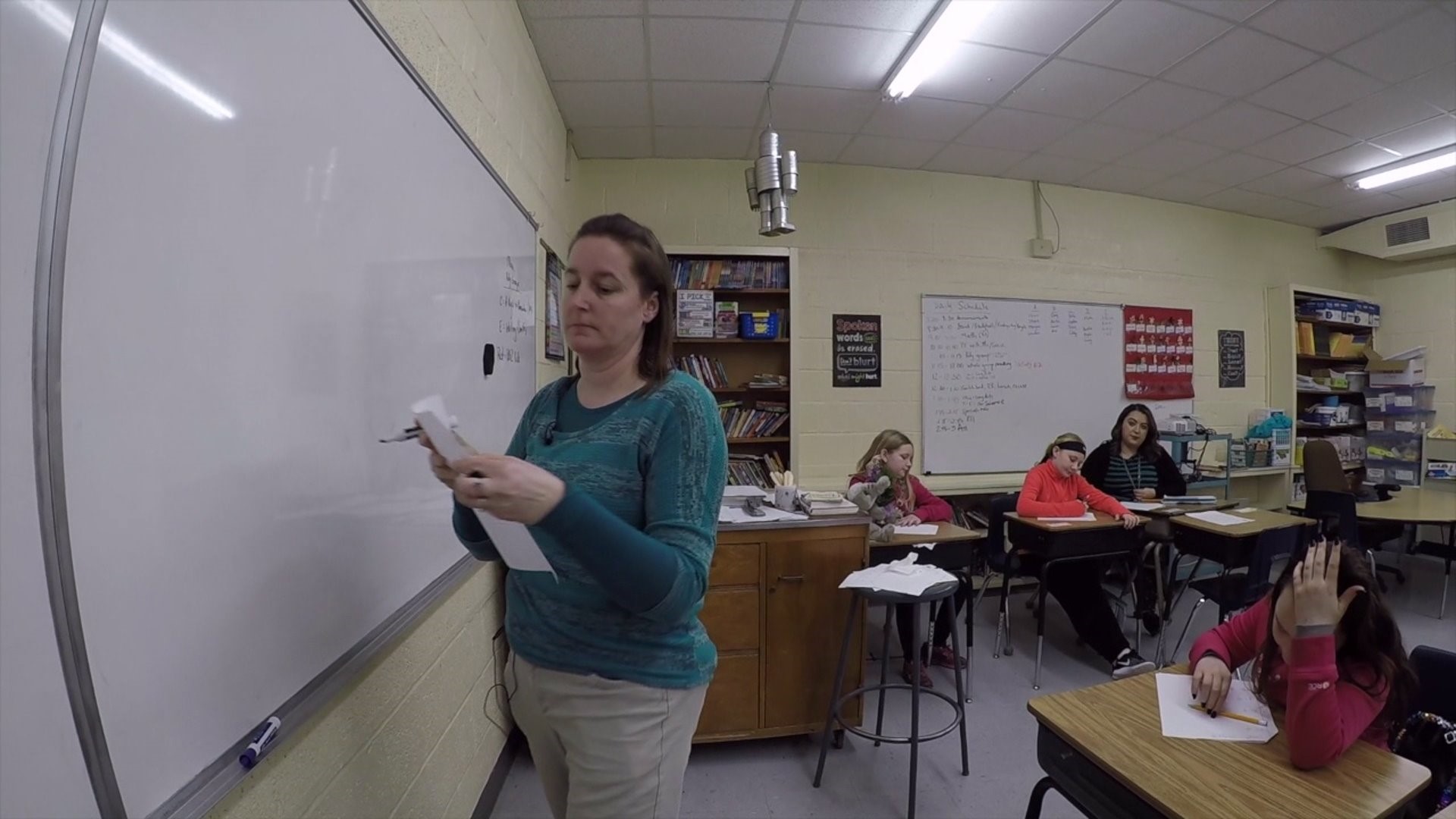 COLONA, Illinois – It's something she wants to say every day.

Libby Pettifer has found her mentor in a Colona fifth grade classroom.  It's her teacher, Tiffani Smith.

"Mrs. Smith is such a great teacher," she wrote to us in a letter she read aloud to her teacher.  "I can't even say it enough. She is the best..."

"I want to like teach people to do the right thing and to have a good education."   -Libby Pettifer on her future.

Mrs. Smith is in her 19th year at Colona Elementary.

"We've had some of these kid's parents so that's fun," she remembered.  "And cousins and brothers and sisters. I love it. I wouldn't want to be anywhere else."

She started as a substitute teacher, then an aide before getting her own fifth gade classroom.

She knows what makes kids tick.

Last year she successfully applied for grant money to add kick bands to chairs and "wobble seats" at desks.   All to make it easier to learn.

"Sometimes kids are very wiggly and they just need to do something quietly in their seat to get those wiggles out," she explained.

"I'm one of those people who like to fidget so I think they're nice to have."

But between the lessons on fractions, Mrs. Smith is also teaching her kids about the world around them.  It may be the merits of recycling or just filling a bucket with kindness.

"Some of the bucket fillings are: I will smile at five people and I will be the first to say hello," said Libby.

It may seem like small things but it's enough to make some of these kids think about following in Mrs. Smith's footsteps and be teachers themselves.

"I want to like teach people to do the right thing and to have a good education," said Libby.

Both Mrs. Smith and Libby get $50 Visa cards and gift baskets from Blackhawk Bank and Trust plus a blanket and back pack from Western Illinois University-Quad Cities.  Both are sponsors of this year's "My Favorite Teacher" program.