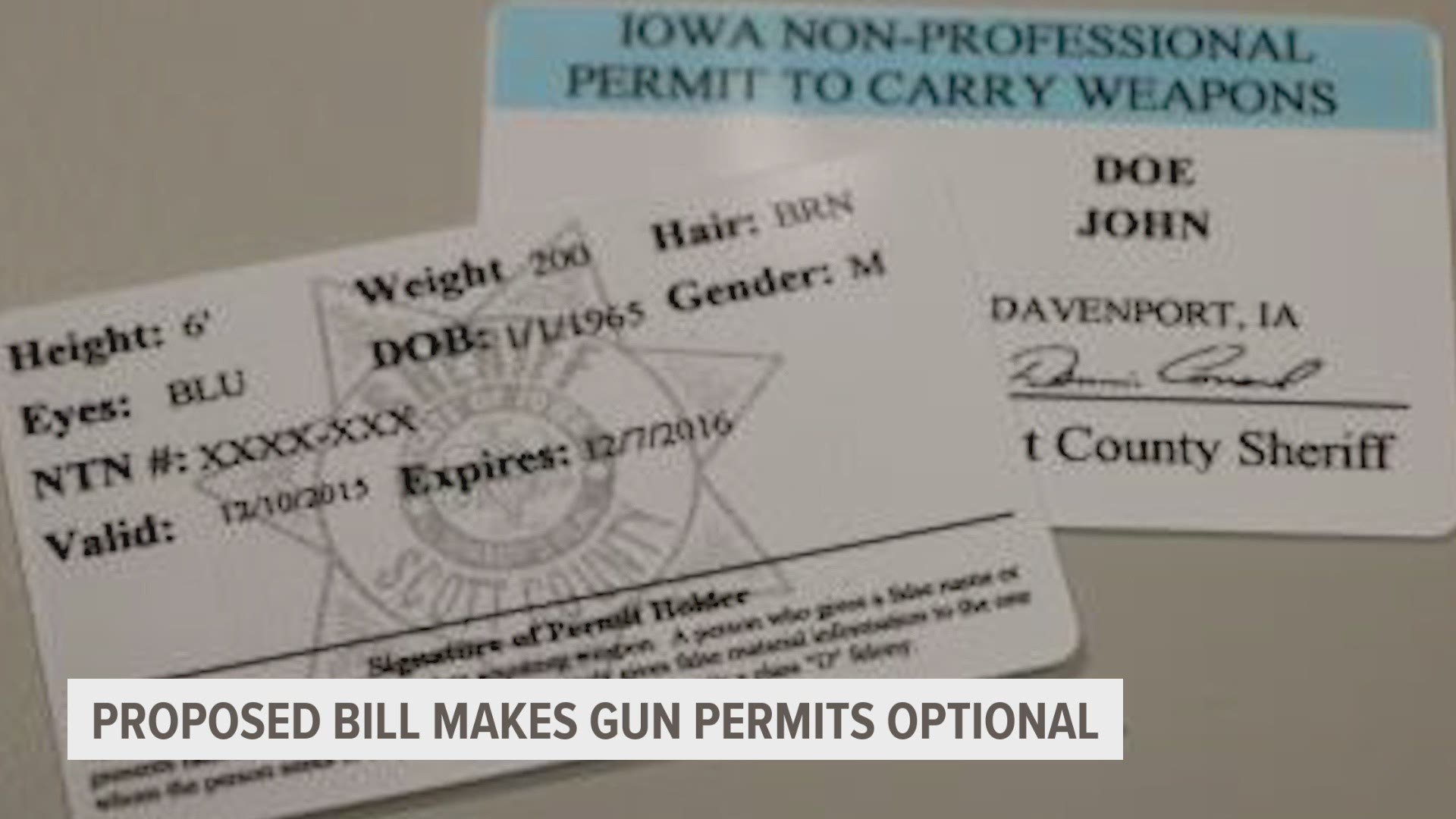 The Republican-backed bill House File 756 would no longer require Iowans to have a permit to buy or carry a handgun, making them optional.

"The right to keep or bear arms is a fundamental right," Rep. Steven Holt, R-Denison said. "So a lot of our citizens feel they should not have to pay a fifty-dollar fee to [the] government  a permission slip basically, a permit."

Holt is a co-sponsor of the legislation and said the bill gives Iowans back their Second Amendment right and will also make the state safer.

"The permit would become optional, but not the background check," Holt said. "So if you choose not to get the permit every time you go to the firearms dealer to buy a firearm, you would have to have a background check."

Democrats at the statehouse disagree that the bill would be a good thing for Iowa.

"So you no longer need a permit to acquire from an unlicensed dealer," Rep. Beth Wessel-Kroeschell, D-Ames said.

"If you have a serious mental health disorder, or you are a felon or you have a history of domestic violence, you don't qualify to have a gun," Wessel-Kroceschell said. "If you know you don't qualify and that you wouldn't pass a background check you can easily bypass the system."

Kathrine sears, an attorney with Clark and Sears Law, told Local 5 being able to go around the permit seems to be a problem.

"This looks to me like a very dangerous legislative change," she said. "I don't like it at all."

According to Holt, if a private seller does sell to someone they shouldn't, HF756 would classify that as a felony.

"If I sell to someone who cannot legally possess a firearm, and I should have known better, I have committed a Class D felony," Holt said.

However, Mark Kende, the Director of the Drake Constitutional Law Center at Drake University, said with the bill using language such as a seller "reasonably should know," who they are selling to, it could lead to a loophole in the legal system.

"That [defense] lawyer is going to try and do anything they can to show that you know there's at least some doubt the person could have known they were selling it to a felon, and that might mean they get off," Kende said. "Which might create this as an incentive to use this as a loophole mechanism."

Tom Hudson, owner of CrossRoads Shooting Sports, believes the bill would give more rights to Iowans but hurt his revenue.

"It will cause more work for us and cause us to have to invest in some technology and some other things to run those electronic background checks," Hudson said. "Entities that offer training as a purpose to get your permit to carry, we think they'll be less people seeking out training so we expect a dip in our revenue from that perspective."

The bill would also allow off-duty and reserve officers to carry guns on school grounds, and EMTs to carry firearms.