Noticing more trash on the side of Iowa's roads? Here's why COVID may be to blame

Iowa inmates usually clean up the trash on roadsides during the spring, but, of course, COVID-19 changed those plans. It's also costing Iowans more money. 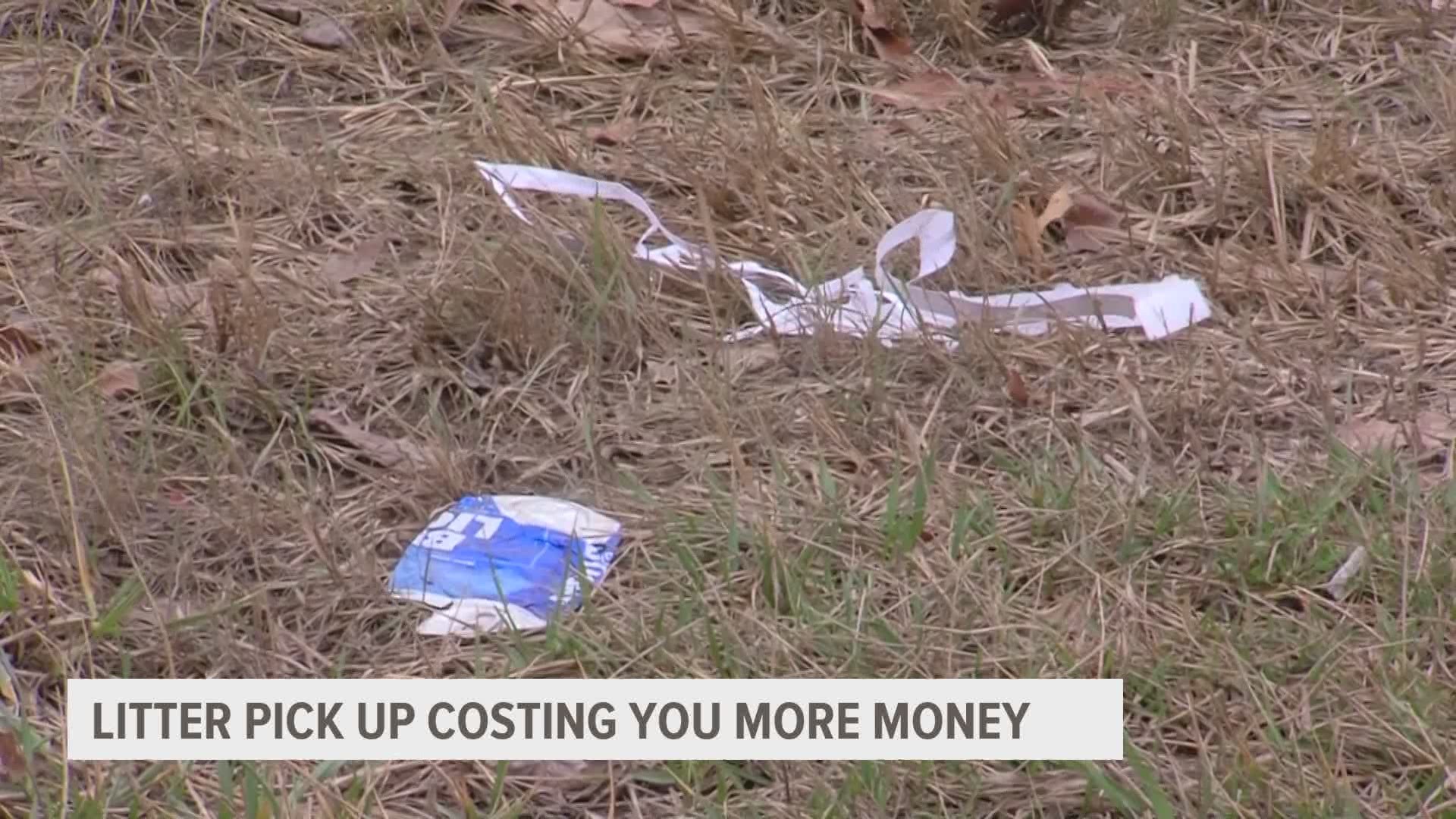 DES MOINES, Iowa — It happens every spring: The snow melts and reveals a layer of trash and debris along Iowa roadways, but this year, it's costing taxpayers more than usual to clean up.

"We do get a lot of concerns and complaints about litter," said Eric Lack, operations manager with the Iowa Department of Transportation.

The Iowa DOT started having inmates clean up litter and debris from roadways in 2012.

"It's amazing what 10 people in a matter of six hours," Lack said. "They'll fill up the entire back of a dump truck."

That program has been temporarily halted because of COVID-19, and now, Iowa DOT workers are having to split their job duties.

"We've got people that are equipment operators out picking up debris when, really, they've got other tasks that they need to be doing," Lack said.

This shift in job duties is costing taxpayers a lot more money.

So, while it may take a bit longer than usual for spring clean-up to be complete, crews are working as quickly as they can.

"Be patient with us," Lack said. "We're aware of it. We don't like the unsightliness more than anybody else. We will take care of it, but we have to balance our workload as well. Anything safety-critical comes first."

Under Iowa law, people who litter could be hit with up to a $625 fine and/or 30 days in jail. A person found to have violated state litter laws may also be ordered to pick up litter in lieu or in addition to another sentence.

Download the We Are Iowa app or subscribe to Local 5's "5 Things to Know" email newsletter for the latest on COVID's impact.