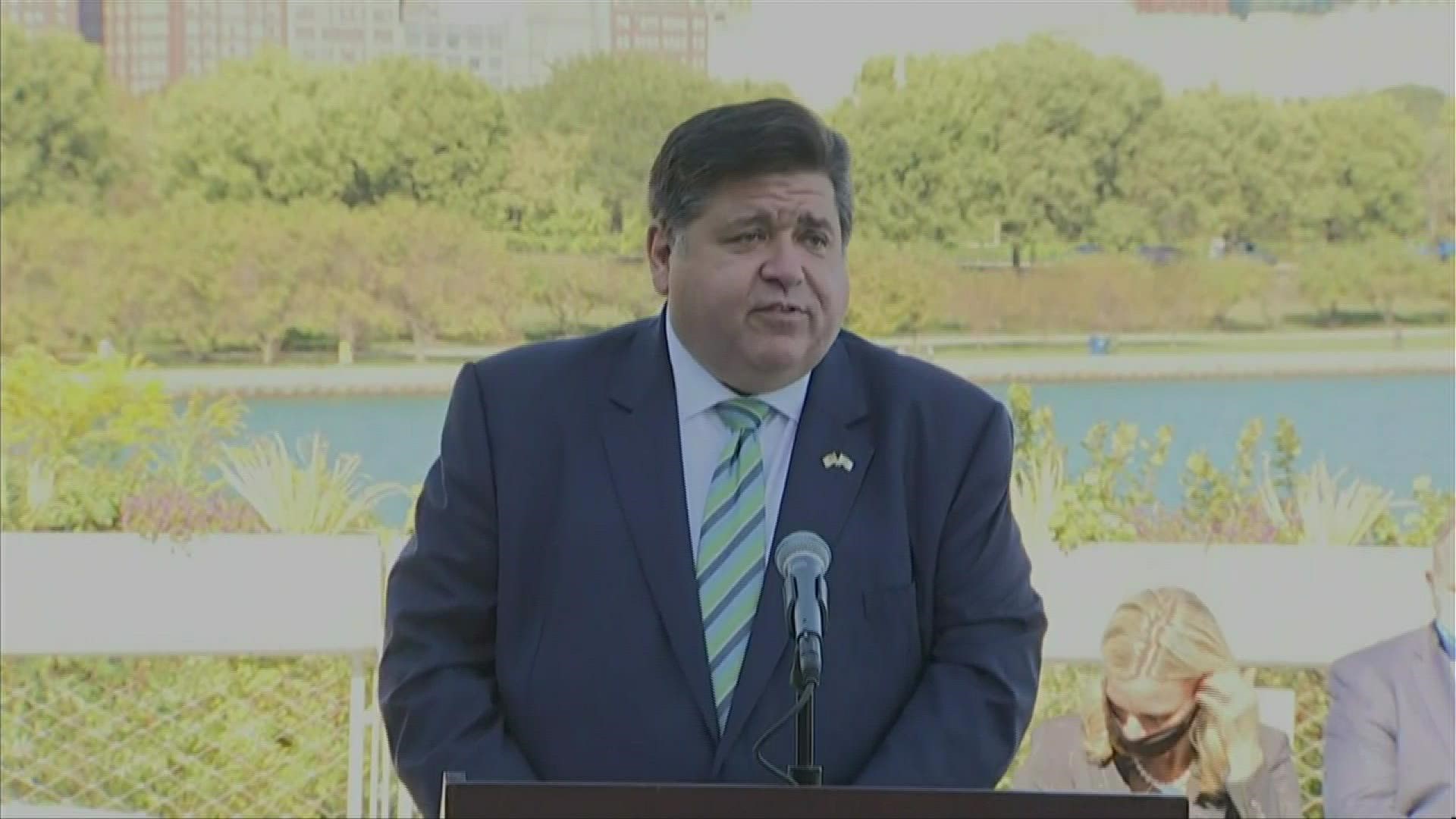 CHICAGO, Illinois — Over a half century ago, Illinois established the nation's first state agency dedicated to cleaning up and protecting the environment. The state added another chapter in its environmental efforts with a new clean energy bill.

"We can't outrun or hide from climate change," Pritzker said. "There is no time to lose. But what we can and must do, is fight to stop and even reverse the damage that's been done to our climate. As of today Illinois is a force for good, for an environmental future we can be proud of."

According to Pritzker, the new bill makes Illinois the first Midwest state to require 100 percent carbon free energy by 2045.

It also "doubles" the state's investments in renewable energy which Pritzker says, "Makes it clear to the world that Illinois is open for business with long-term stable financing to boot."

The clean energy legislation will establish a $4,000 electric vehicle credit for all Illinoisans and up to 80 percent of a rebate for the build-up of charging station.

Pritzker added this will serve with investments in workforce hubs and a path to prosperity for minority contractors and Illinoisans living in environmental justice communities.

"In short, with economic growth and jobs woven into its fabric, this new law is the most significant step Illinois has taken in a generation toward a reliable, renewable, affordable, and clean energy future in a generation," Pritzker said.

In addition to setting clean energy targets, this proposal will also bail out two nuclear plants in Illinois.

The cost of keeping each nuclear plant located in Byron and Morris will be $700 million, which the new legislation will provide in a subsidy to Exelon to keep both sites open.

With plans of provisions to close coal-burning plants, increased investments will go towards wind, solar, and other sources of renewable energy.

You can watch the full press conference here: