Driver killed in fiery crash that closed Interstate 80 near Durant

The westbound lanes on Interstate 80 west of Durant, Iowa remained closed after two semis reportedly caught fire in a crash that killed one person.

Driver killed in fiery crash that closed Interstate 80 near Durant

The westbound lanes on Interstate 80 west of Durant, Iowa remained closed after two semis reportedly caught fire in a crash that killed one person.

Two semis and a passenger car were involved.  Police at the scene said the driver of the passenger car was not injured, and was able to drive their vehicle away from the scene of the crash.

Traffic was slowed as vehicles approached a construction zone at the 269.5 mile marker, according to state police trooper Dan Loussaert. At mile marker 272, one rig struck the back end of a trailer on another semi; one driver was killed in the wreck, police said.

There was no information available about the identity of that driver.

The driver of the front semi reportedly saw the fire spreading to his trailer, and was able to unhook the trailer and drive the tractor portion of his rig away from the fire.  That driver was up and walking around the scene of the crash, and appeared to be unhurt.

It was not clear what was in the loads carried by the semis involved.

Motorists in the area reported flames were visible and westbound traffic was at a standstill.  A News 8 viewer reported smoke from the fire was visible in Walcott.

Shortly after 4 p.m. it was reported that all lanes were reopened to traffic, according to Loussaert.  Around 4:15 p.m. it was announced that the westbound lanes were still closed.

Loussaert said crews hoped to have the westbound lanes open around 6 p.m.

A driver stuck in the traffic jam said cars were starting to move around 5:30 p.m.

Police confirmed all westbound lanes had been blocked, and that eastbound traffic had also come to a stop in the area of the wreck.  The Iowa Department of Transportation reported the road closure was between Exit 277 at County Road Y26 and Exit 271 at US 6.

Westbound traffic was detoured, forced to exit from I-80 at the Durant exit to Highway 6.

Westbound lanes remained closed, and eastbound traffic was slow and backed up, more than three hours after the wreck was first reported.  Emergency workers were still working to get the wreckage cleared and the road reopened as of 2:30 p.m. 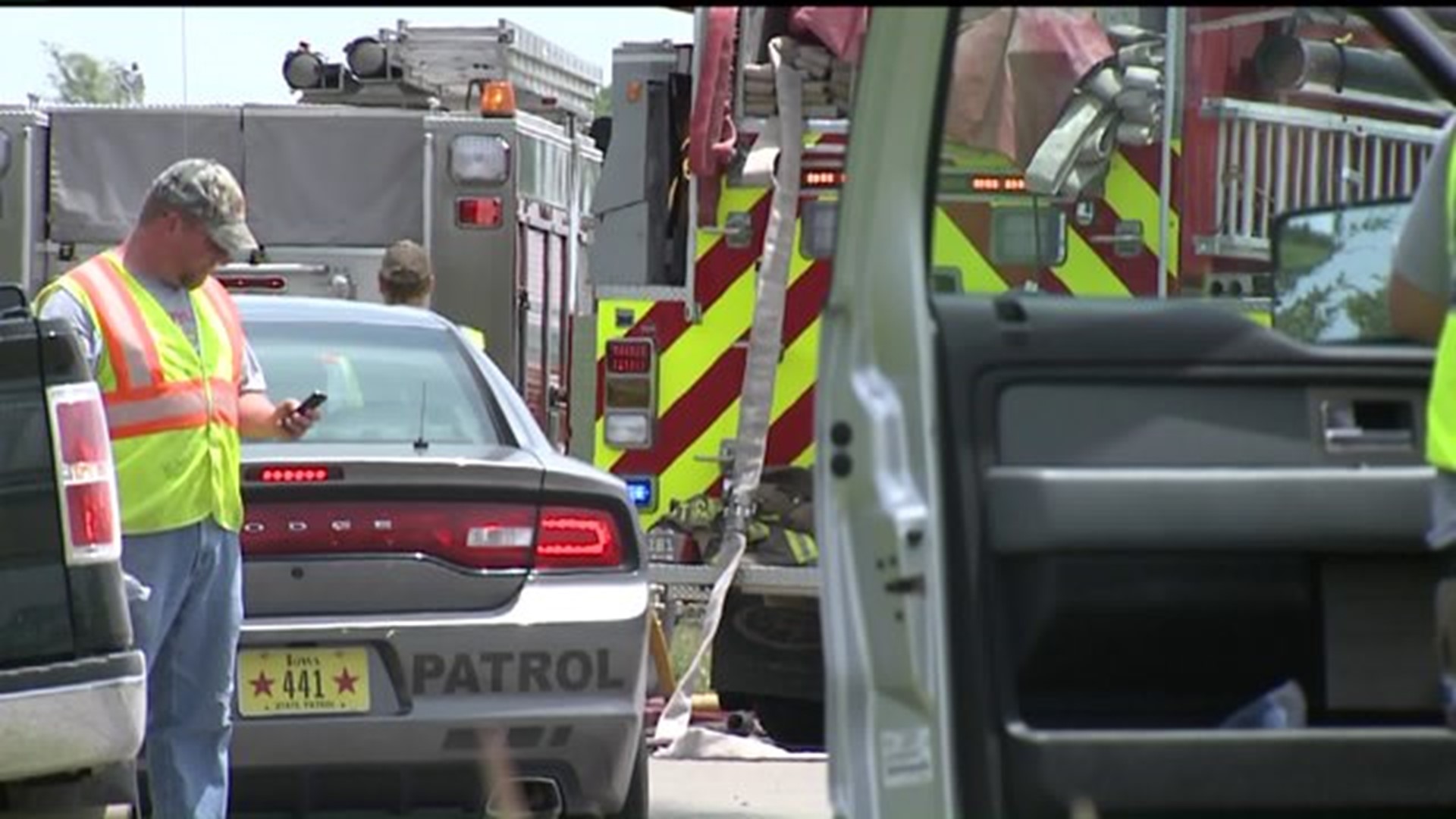 Editor's Note: Police indicated the roadway was reopened around 4 p.m., but quickly determined the westbound lanes were still closed.