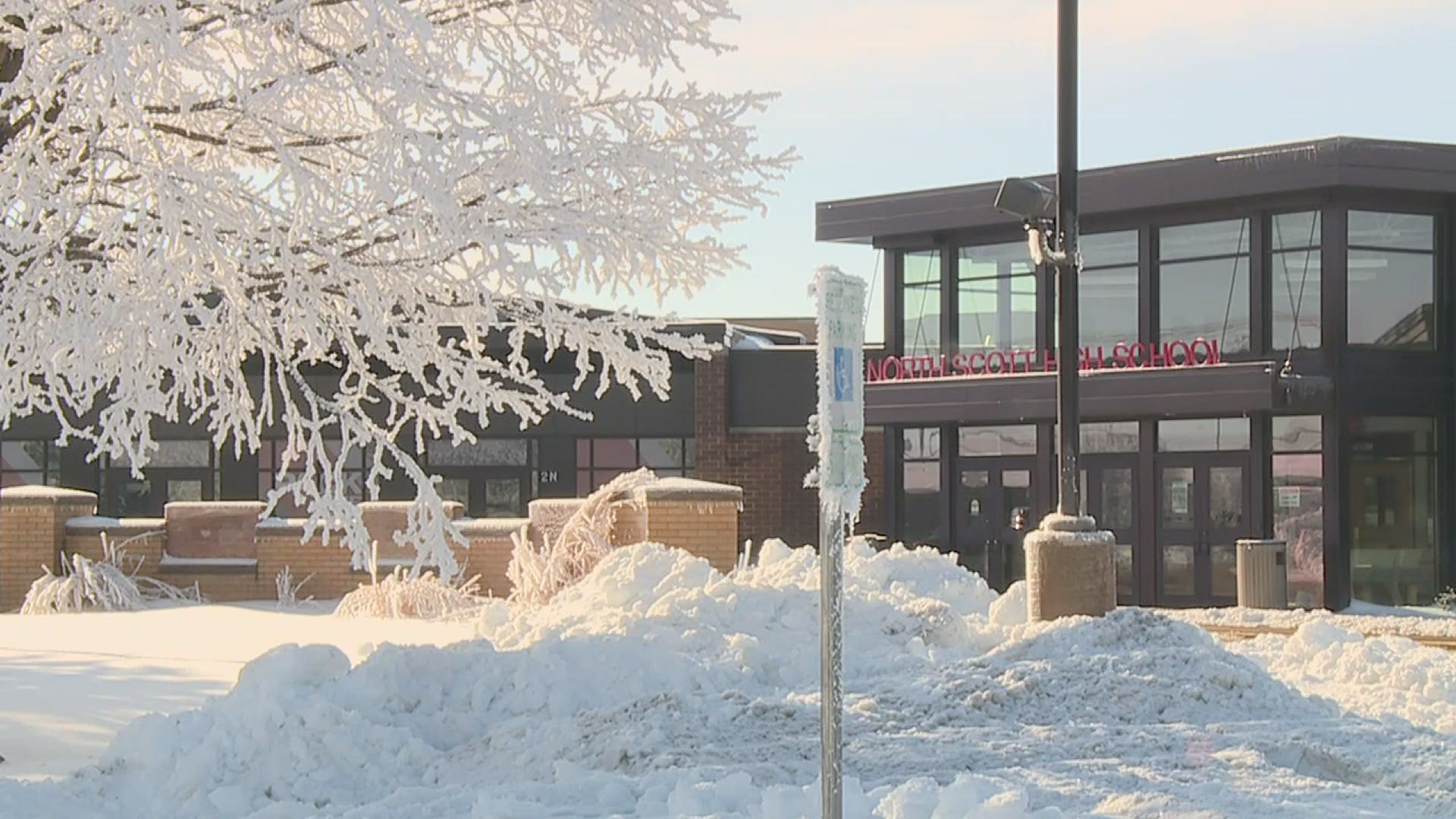 The second half of the school year is kicking off for North Scott. The school district has kept its students in person since the fall, with the exception of six school days in September for the high school.

"We didn't have quite the social distancing, and mask wearing wasn't where it's at," Superintendent Joe Stutting says.

About 300 students opted for online learning districtwide, but Superintendent Stutting says he expects that number to decrease if cases remain low. Right now, there are about five positive cases in the district and about 35 people in quarantine due to potential exposure.

Governor Kim Reynolds requires districts to get a waiver to move classes online, and the state denied the Des Moines School District's request last week. So right now, every district is doing at least half of the its learning in person.

"I believe getting our kids back to school would be one of the most important steps to our recovery," Governor Reynolds says.

Superintendent Stutting says the district saw a surge in cases in early November, but after Thanksgiving, case numbers fell.

"We're holding our breath like everybody else," he says. "We're hoping we don't see a surge in numbers or cases, and continue doing what we did before break, social distance as much as we can and wear masks."

Now, he's waiting for word on when teachers and other staff members can start to get vaccinated.

"We know we're in this first phase, and we always hear the word 'teachers,' but we assume that means all staff," Superintendent Stutting says. "Some of our most high-risk staff aren't teachers, but they work with kids every day. They drive buses and serve food."