“It’s been a total, radical change for us, and I’m not saying it’s good or bad. It is what it is,” Postosi Superintendent Ron Saari. 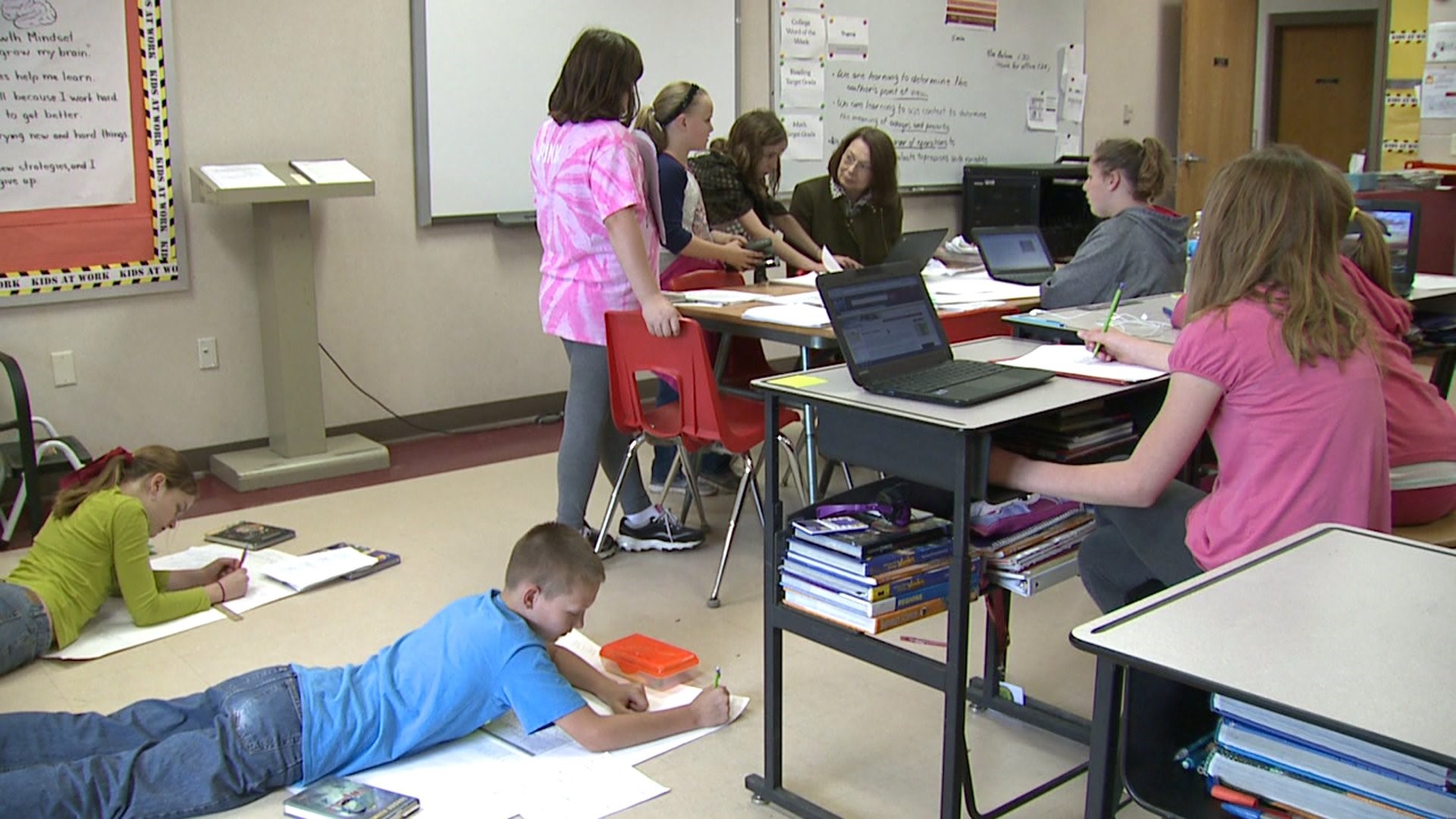 POTOSI, Wisconsin -- Some teachers and administrators in Wisconsin say sweeping changes to the state's collective bargaining laws have had minimal impact on the classroom.

Earlier this year, Iowa lawmakers approved new collective bargaining laws for the state's public employees, which were patterned after the changes made in Wisconsin in 2011, known as Act 10.

Under the new law, only salary can be collectively bargained in Iowa. Other benefits like insurance, vacation, and retirement benefits are no longer included in those negotiations.

Fawncella Kubal, a fifth grade teacher in Potosi, Wisconsin, has been teaching for more than 40 years. She says teacher morale initially suffered as a result of the changes.

"I am concerned about attracting good, hard-working teachers to the profession. I think that has been somewhat discouraged by some of the things that have happened," said Kubal.

"It's been a total, radical change for us, and I'm not saying it's good or bad. It is what it is," said Potosi superintendent Ron Saari.

Saari says there have been both positive and negative consequences of Act 10. For one, schools gained the ability to bid out insurance, which has been a money-saving tool for some districts.

However, in smaller, rural districts like Potosi, administrators are also concerned that Act 10 has created a free market in which good teachers often go to the highest-bidding district.

"You'll have a teacher that is doing a great job for you, and you're paying them the best that you can based on the funding that you're receiving, and a bigger, wealthier, suburban district can offer them $10-15 thousand more," said Saari. "You lose them, and there's not a lot you can do about it."

Despite the changes, teachers say some things have remained the same -- primarily in the classroom.

"I think teaching is a lot the same. It's working with kids, and it's doing a lot of the same things that we've been doing," said fourth grade teacher Brett Cummins.

Saari says the key to navigating the changes successfully has been as simple as treating employees how they should be treated.

"The new authority that school districts or boards of education have, it's so important that we don't abuse that increased power, if you will," said Saari.

And despite concerns, veteran teachers like Kubal insist this is still a good time to enter the teaching profession.

"Even if you may not make as much money as you make some place else, it really gives you a feeling of satisfaction," said Kubal.

The new Iowa law affects most public workers, but it exempts certain public safety employees, such as law enforcement officers and firefighters, from some negotiating provisions.