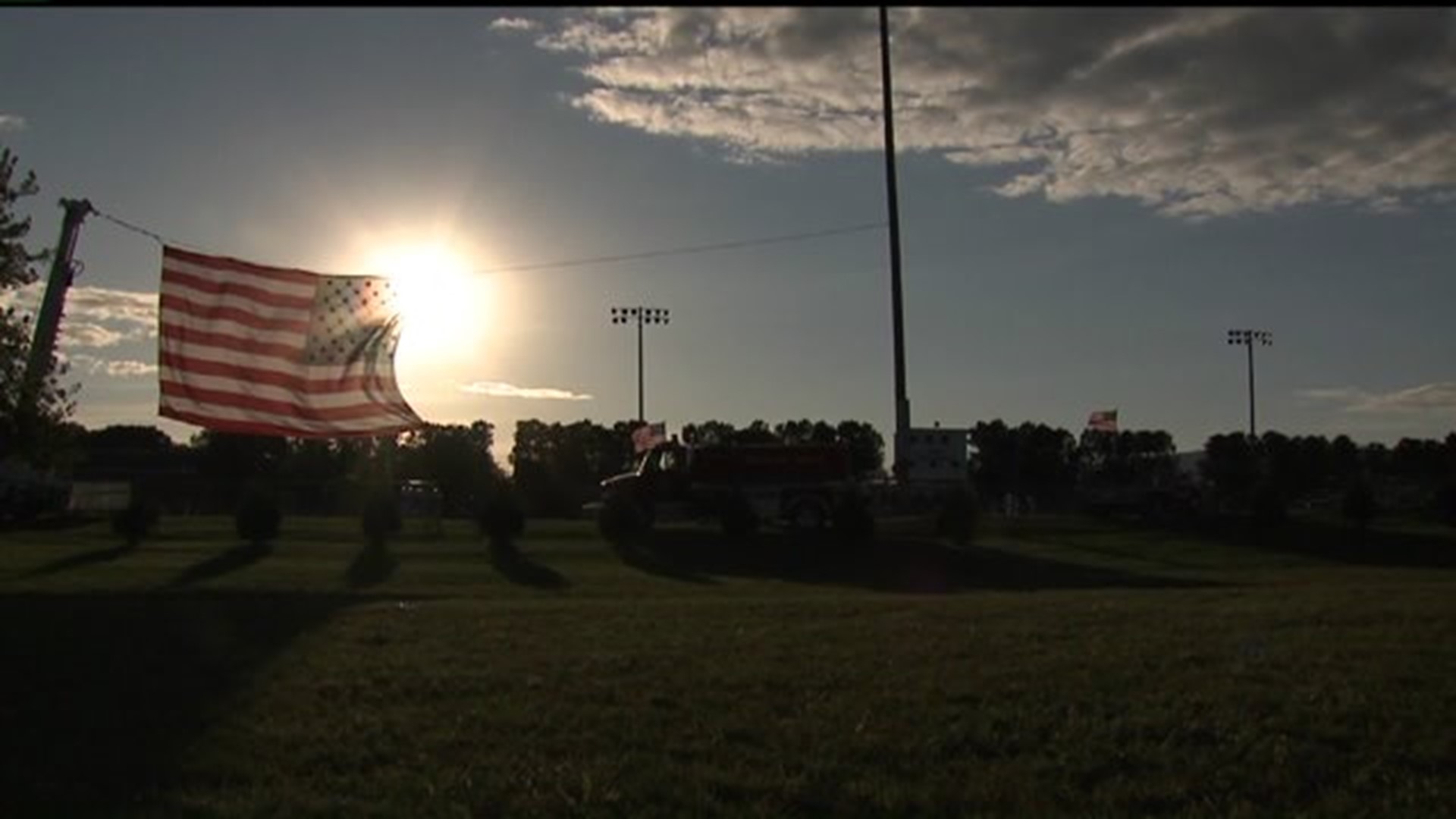 People across the country remembered 9/11 today. 14 years ago terrorist hijacked four passenger planes. Two of them crashing into New York's World Trade center. The community if Wilton, Iowa found a special way to honored the victim's and the heroes of that day.

If you ask someone what they were doing on this day 14 years ago, they could tell you where they were when they heard the news.14 years later, Dennis Hetzler wants people to keep on remembering.

"We wanted to involve the community," said Hetzler.

At a Friday night football game you can find a community coming together to give their thanks. Law enforcement, fire fighters, first responders, veterans and active military members were honored at the game. Sky divers jumped off a plane and came down with red, white and blue streamers. 300 balloons were also let go into the air.

The Wilton High School varsity football team had 9/11 decals on their helmets. While a lot of the students there were not alive when 9/11 happened, it's important for them to know its history.