Veterans buried in unmarked graves in Davenport will receive headstones

For more than 100 years, some Quad City veterans have lain in unmarked graves. On Saturday, though, they’ll finally receive long-overdue recognition. 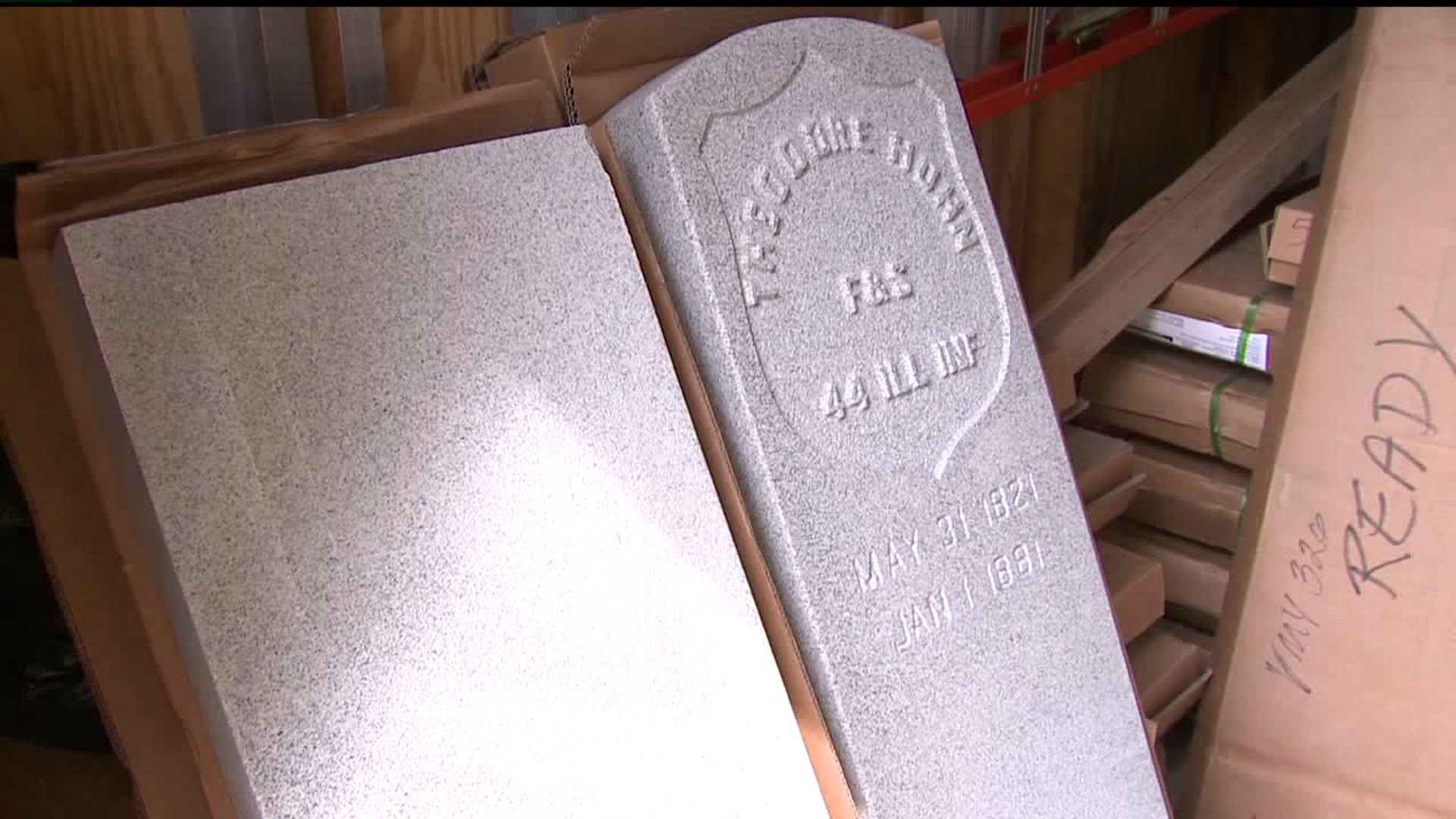 DAVENPORT, Iowa -- For more than 100 years, some Quad City veterans have lain in unmarked graves. On Saturday, though, they'll finally receive long-overdue recognition.

Kory Darnall and Coky Powers have spent the past year identifying 21 veterans who are buried at City Cemetery in Davenport without headstones.

"We were doing research on the veterans that are buried here in this cemetery, and when we actually went out to find the grave, there were no stones present on the actual gravesite," said Darnall.

So, the pair tracked down burial and military records for the Civil War and Spanish American War veterans by pouring over old newspapers and genealogical research. They then applied to the Veterans Administration for government-provided headstones.

On Saturday, the new headstones will finally be dedicated.

"All veterans need to be recognized for the service that they give to their country, and this is part of that recognition, and to honor them," said Powers.

The researchers say it's important to show that recognition, even if it is nearly 150 years overdue.

The public is invited to the dedication ceremony on Saturday, May 27th at 1 p.m. at City Cemetery.

The headstones will then be installed on the grave sites over the next two months.