Trump would be “dumb” to slash funding for Meals on Wheels, recipient says 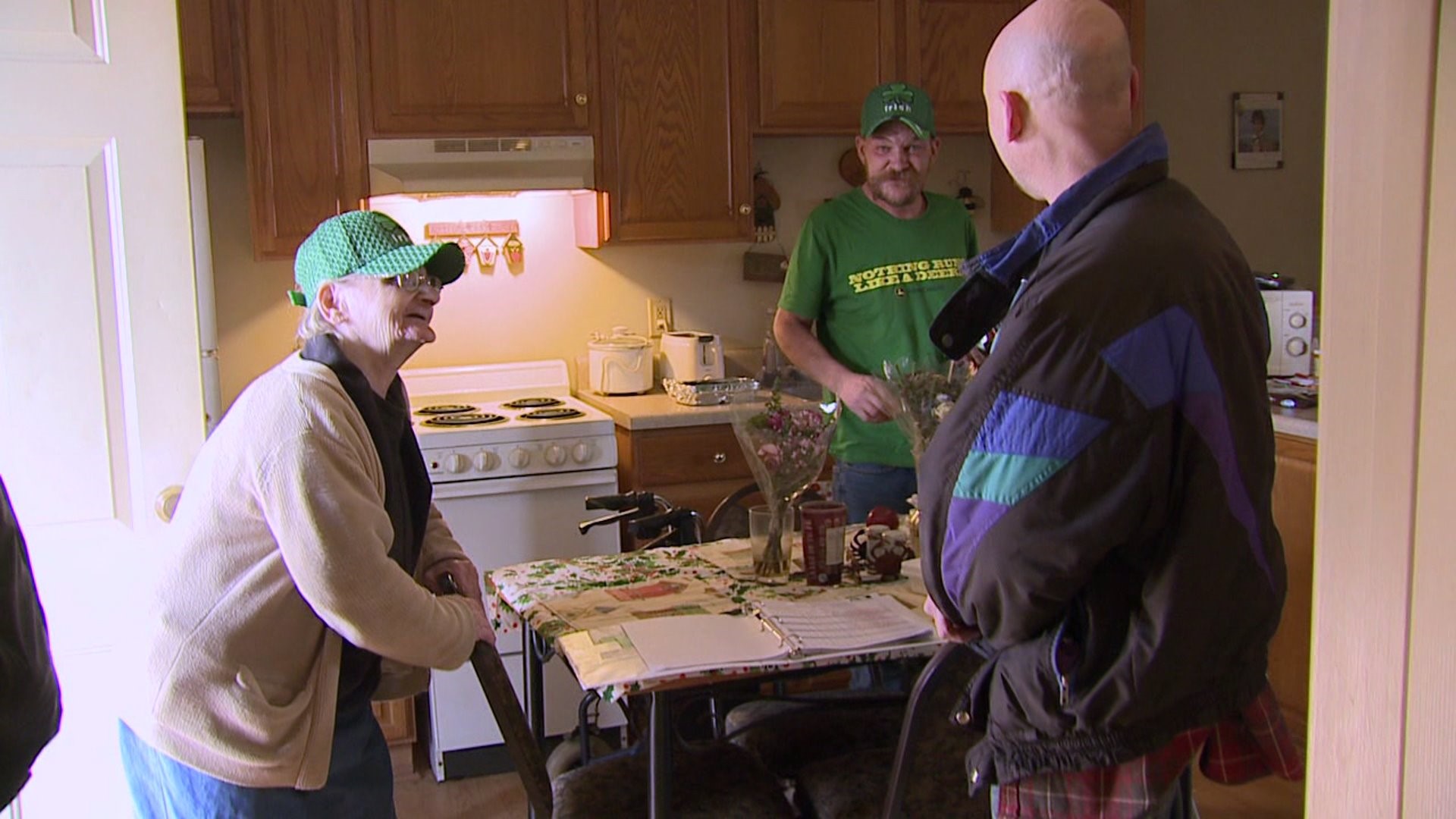 "I think it's dumb," she said, while balancing on her walker to accept a meal from Milestones Area Agency on Aging on March 17, 2017.

The president is calling to slice nearly 18% from health and human services.

That could threaten the Milestones program, which provides nearly 200,000 meals to seniors and the disabled in 17 Iowa counties.

"Some of them, it's the only meal they get every day," said Milestones driver Kevin Herstedt.  "They really depend on it.  It's not a lot, but it's better than nothing."

Retired Math teacher Dave Curlott is one of those folks in the trenches.  He loads his car five days a week to deliver meals.

"For the homebound seniors that can't get out on their own, it saves lives," he said.

While recipients also pitch in with donations to support the federally-funded program, the agency must now wait and see what comes next.

Staffers are hoping, as they put it, that lawmakers come to their senses.

Sentiment that repeats at each stop along Kevin Herstedt's route.

"People need it," said Jeff Vickers, who was accepting food for his mother.  "You're cutting off senior citizens that worked for the backbone of this country."

The proposed cuts could slice into more than meals. This program also offers important outreach and daily contact.  More than a meal, it's also friendship.

"They depend on these," said Herstedt.

He offers a slice of reality, rather than reductions.

"These domestic cuts, leave them alone," he said.

Milestones will continue to focus on delivering the meals, even if it must scramble to find alternative funding.

"They'll go without food, and I can't even imagine that," Herstedt concluded.  "I hope and pray that will not happen."