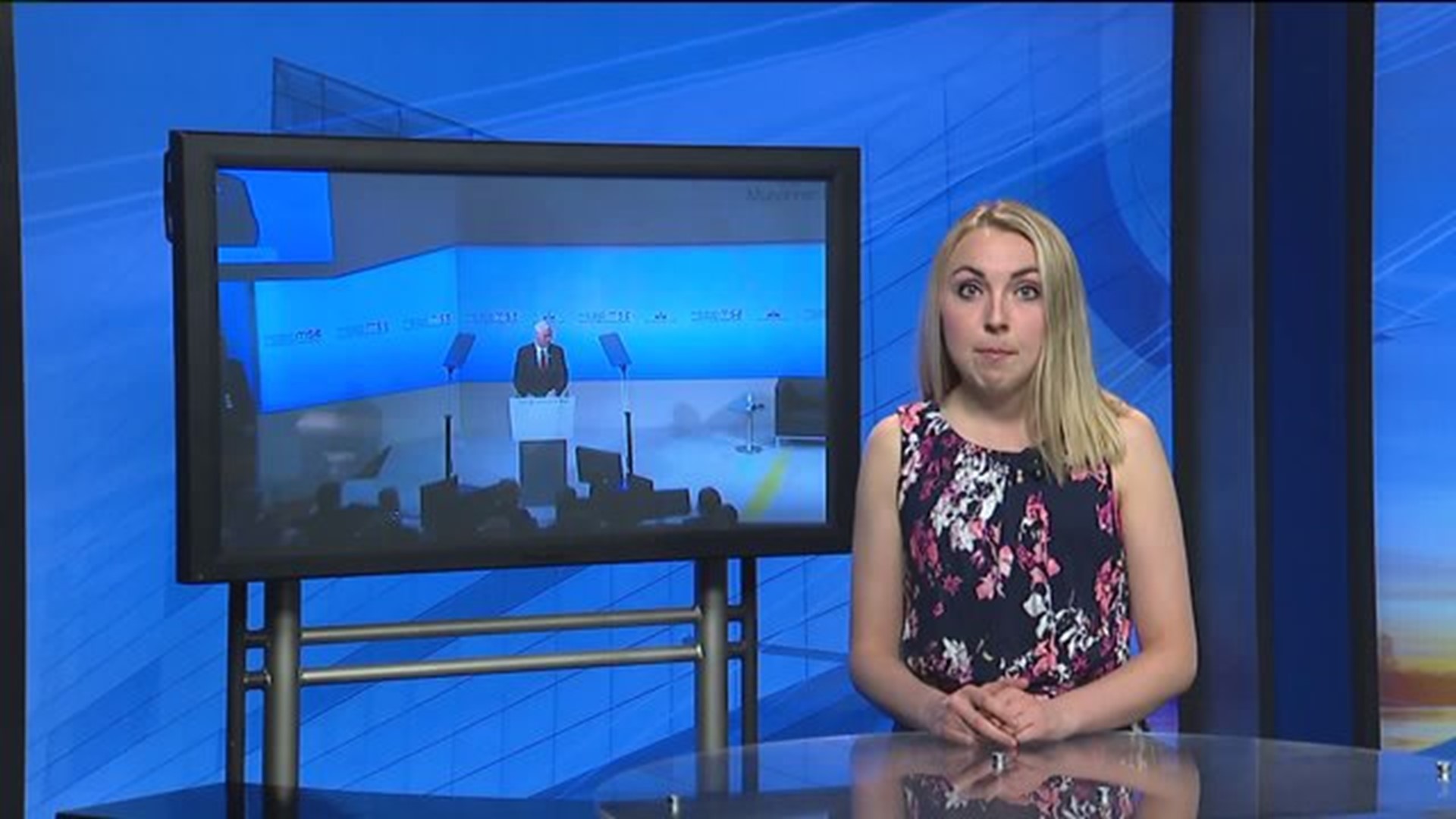 MELBOURNE, Florida-- It's unclear what exactly President Donald Trump was campaigning for, but Trump held his first post-presidency rally this afternoon in Florida. White House officials say it was a way for Trump to side-step the media and speak directly to the people.

Trump told the crowd of nearly 9,000, "I'm here because I want to be among my friends and among the people."

He acknowledged the timeliness of the rally, saying, "It's now been one month since my inauguration, and I'm here to tell you about our incredible progress in 'Making America Great Again.'"

President Trump told the crowd he inherited "one big mess," a claim he also made during his first solo press conference earlier this week. The president promised to fix that mess, by making American neighborhoods more safe and securing the borders. He also said, "The White House is running so smoothly."

First Lady Melania Trump joined her husband at the rally, taking the podium herself. She said she envisions an America that works for "all Americans." Mrs. Trump also promised to always stay true to herself, no matter what the "opposition" says about her.

President Trump's rally comes as his approval ratings hit a new low. The latest Gallup poll shows Trump's job approval rating, since taking office, is at 40%. That's more than 20% below the average for previous presidents in modern history during the same period.