Trump and Clinton Face Off in First Ever Debate, Local Republicans Rally Behind Trump

MOLINE, Illinois – Dozens of local republicans joined together to watch Donald Trump and Hillary Clinton face off for the first time on Monday September 2... 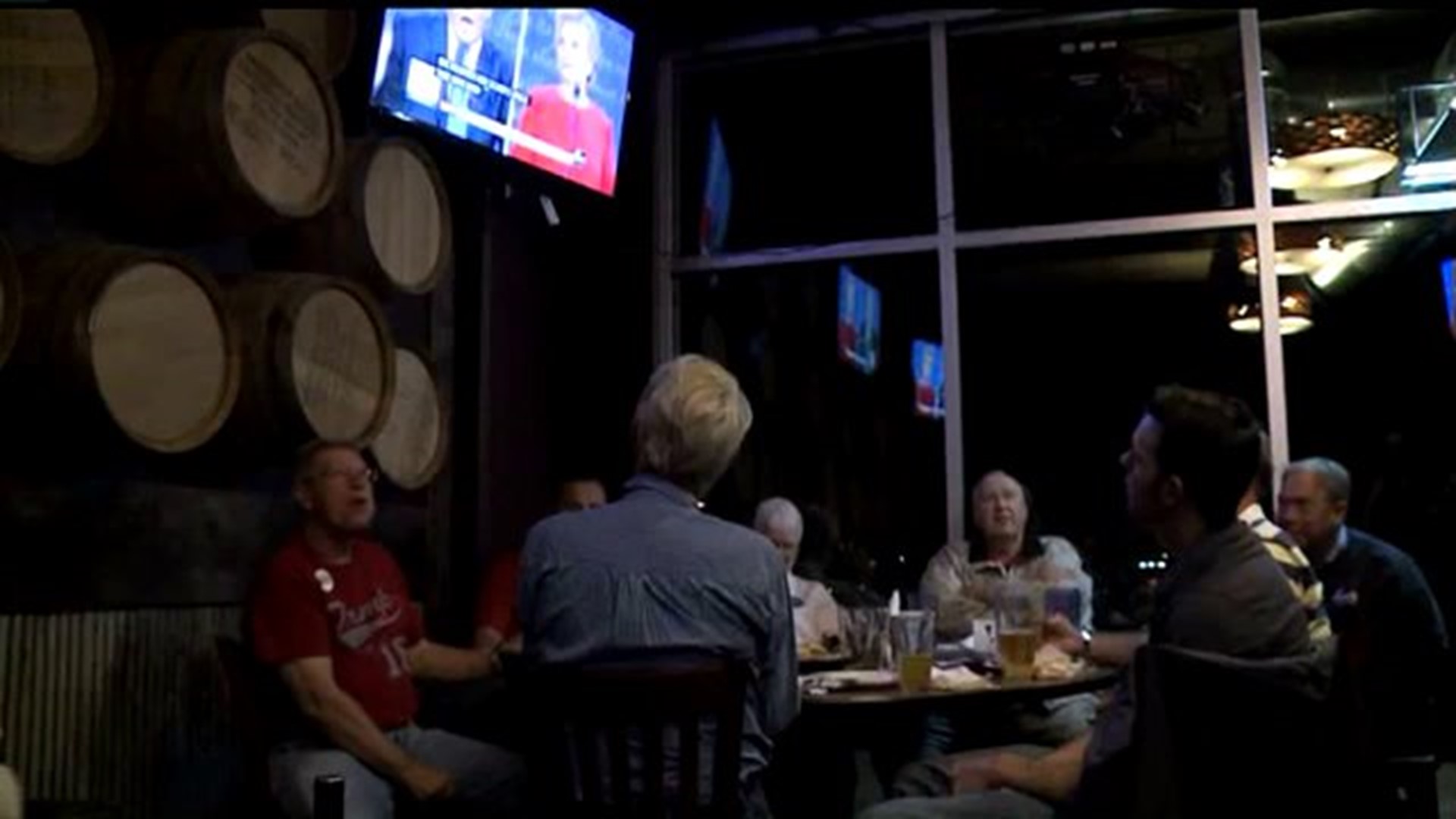 MOLINE, Illinois - Dozens of local republicans joined together to watch Donald Trump and Hillary Clinton face off for the first time on Monday September 26, 2016.

Some republicans say they were pleased with Donald Trump’s performance during the pivotal moments of the debate tonight:

“I want to see you and talk about jobs in the economy and communicate their vision on what they are going to do,” says Bloom.

During the debate, Clinton expressed her desire on expanding family leave

“I want us to do more to support people who are struggling to balance family and work,” said Clinton.

Trump also expressing the need to keep jobs in America.

‘They are going to Mexico and many other countries you look up what china is doing to our country and times of making our product they are devaluing their currency,” said Trump.

The fight continued when Clinton called for Trump to release tax returns.

“I don't know anyone in that situation who would release their tax returns while they are being audited,” says Jeff Mckinley.

“Only a person who is very naïve thinks that the server was just a mistake. It was intentional,” added Mckinley.

Monday’s polls show Clinton and Trump locked in dead heat. About 1/3 of people are leaning towards a librarian vote.

The next presidential debate is scheduled for Sunday, October 9th in St. Louis, Missouri at Washington University.