IOWA CITY, Iowa– An Iowa truck driver had a medical emergency and had to leave his truck, and his puppy, behind. But thanks to two University of Iowa Hosp... 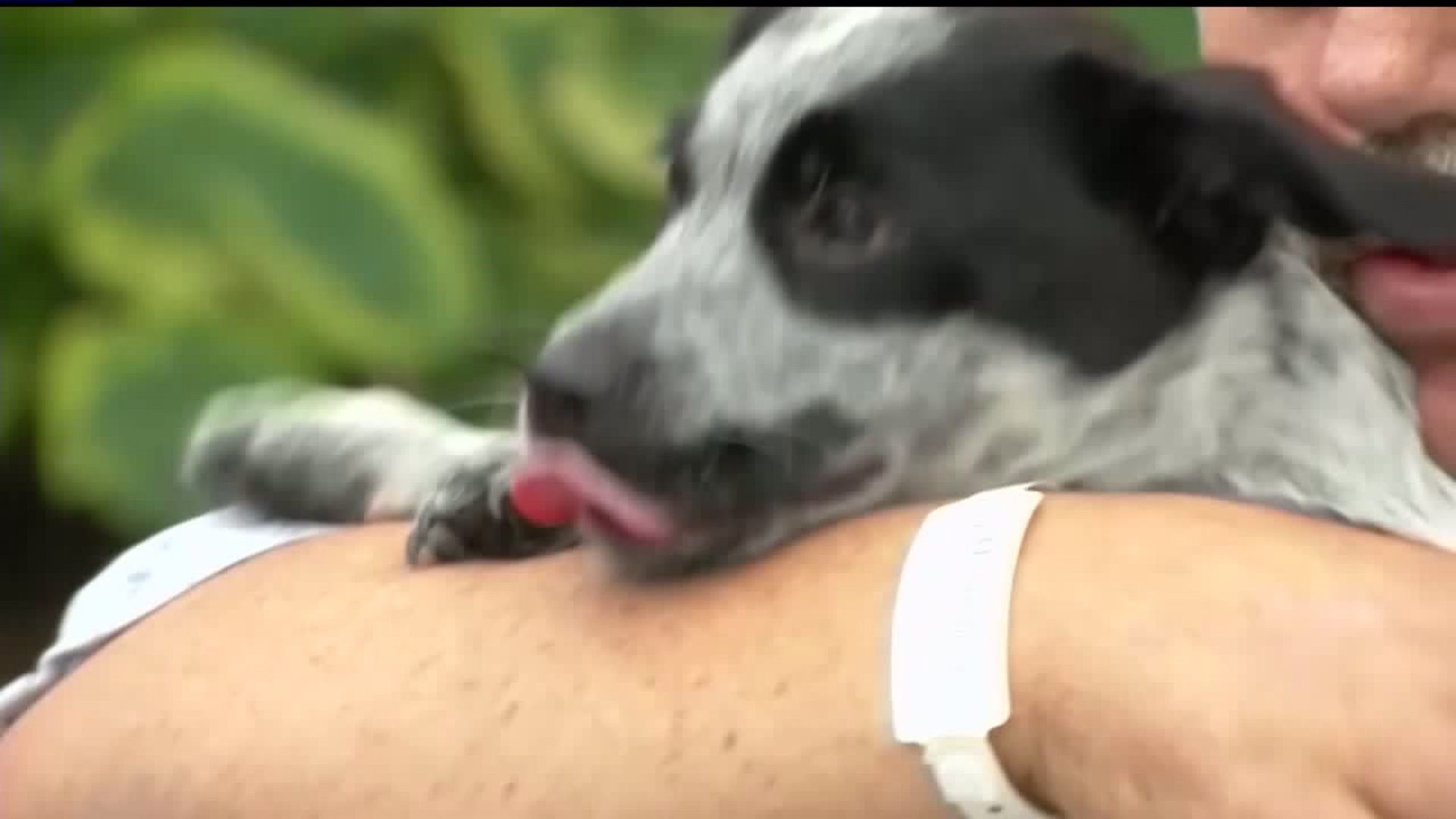 IOWA CITY, Iowa-- An Iowa truck driver had a medical emergency and had to leave his truck, and his puppy, behind. But thanks to two University of Iowa Hospital nurses, he got beloved pet back.

It's a rescue, and then a reunion. Truck driver Robert Prichard had a medical emergency while driving on I-80 and had to be taken to the University of Iowa hospital by ambulance, leaving his four-legged companion, Bandit, behind in his truck.

"If it hadn't been for these two right here, I would have lost him last night," Prichard explains.

Prichard says he feared the puppy could have been put down or given away to another family.

Bandit wasn't, and instead was picked up by the Cedar Bend Humane Society, who says they only euthanize animals in cases of suffering or extreme aggression.

The Humane Society housed Bandit, until two University of Iowa hospital nurses were able to drive to Waterloo, pick him up, and reunite the truck driver with his puppy.

"I didn't think it was really fair for someone to lose their animal just because they were in the hospital so I wanted to do everything I could," nurse Erin Niles said.

Prichard said it meant the world to him.

"I appreciate it, and nobody has ever treated or helped me like these people have. The main thing is I got my buddy back," Prichard said.

Prichard says he'll take some time off from trucking for now, and plans on hanging out with his faithful driving companion Bandit.

The Humane Society says pets left at the shelter need to be picked up within five days or they will be put up for adoption.