Two train engineers are sharing their story, about a dog they found chained to a railcar. 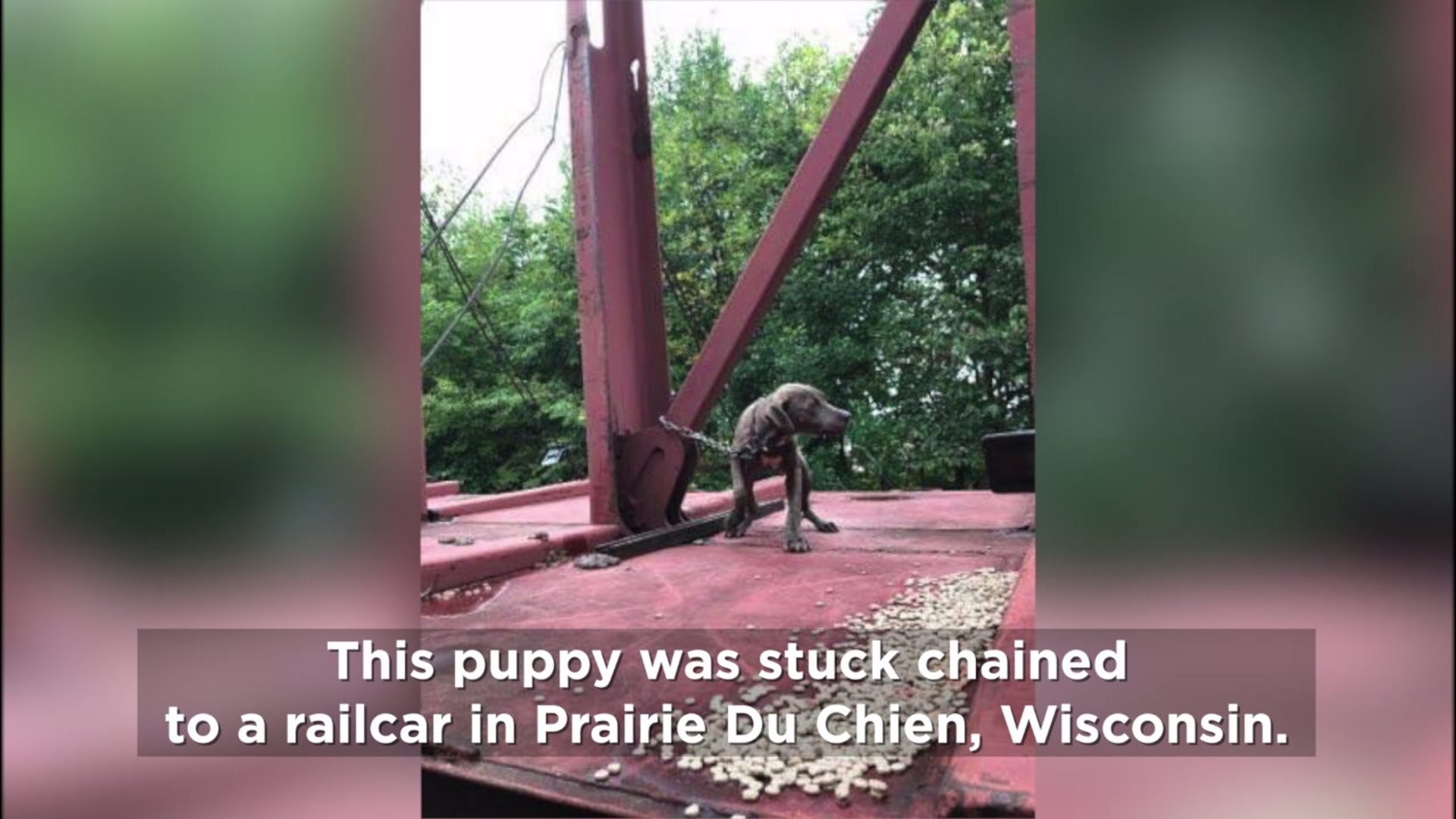 PRAIRIE DU CHIEN, Wisconsin -- Two train engineers are sharing their story, about a dog they found chained to a railcar.

Allen Au said he and his coworker Michael Ortega were en route from Galesburg, Illinois to La Crosse, Wisconsin when they got a call from a train dispatcher.  The dispatcher said there was a report of a dog tied up in the area, and they were asked to check it out.

Au said they stopped their train and found a puppy, estimated to be just months old, tied to a railcar.

"I just can't believe someone would do something like that," Au said. "It blows my mind."

Unsure how long she had been there, the two engineers rescued her and fed her.  Ortega said the dog ate and slept a lot.

Ortega, from Bettendorf, said his family is going to take the dog in. They've decided her name will be "Lucky," but her nickname is "Lulu."