THROWBACK THURSDAY: When Blogging Was New (To Me)

This is a story from the WQAD News 8 archives from May 2000 by reporter Jim Mertens. DAVENPORT, Iowa – Just think back ten years ago (or 26-years ago for this T... 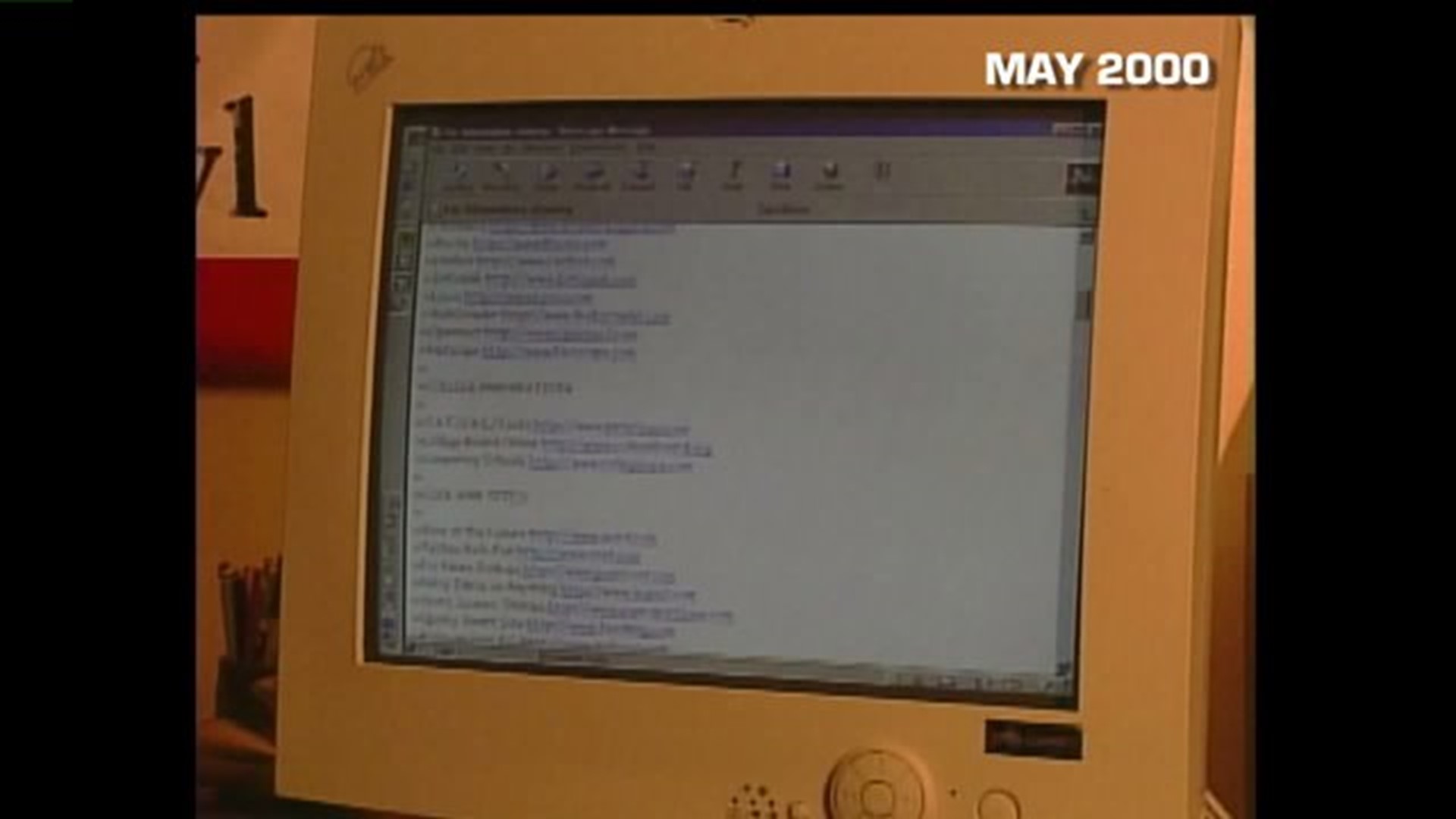 This is a story from the WQAD News 8 archives from May 2000 by reporter Jim Mertens.

DAVENPORT, Iowa – Just think back ten years ago (or 26-years ago for this Throwback story).

Who would have thought the art of letter-writing would be back in style.   But thanks to the internet, people are becoming scribes all over again.

We did the second of two hour-long chat sessions with people who logged on at WQAD.com.    These conversation free-for-alls are more than hobbies for internet users, but it's more of a novelty for us.

Since Tuesday, I've answered hundreds of emails from people, I've gotten lists sent to me containing email locations that may interest me, I've received words of encouragement to get me through this marathon, and I've become part of a class project where John Deere Middle School 7th graders are learning more about the web.

A lot of people are wondering just how much money I'm spending here on the net.

As a matter of fact Alex whose in 7th grade says 'I'm on the internet a lot as well but I haven't bought anything bigger than a yo-yo.

I've been told where to turn for music, and what Chuck the Bulldog looks like, I've gotten questions asking about Journalism, and others asking if I sleep in my chair.

It's been the best part of this experience, all the e-mail that I've gotten.

An experience that sometimes is just a person, in a room, all alone, on the web.