“I have no doubt in my mind and heart this could have been prevented,” says former Davenport Public Works Director Mike Clarke. 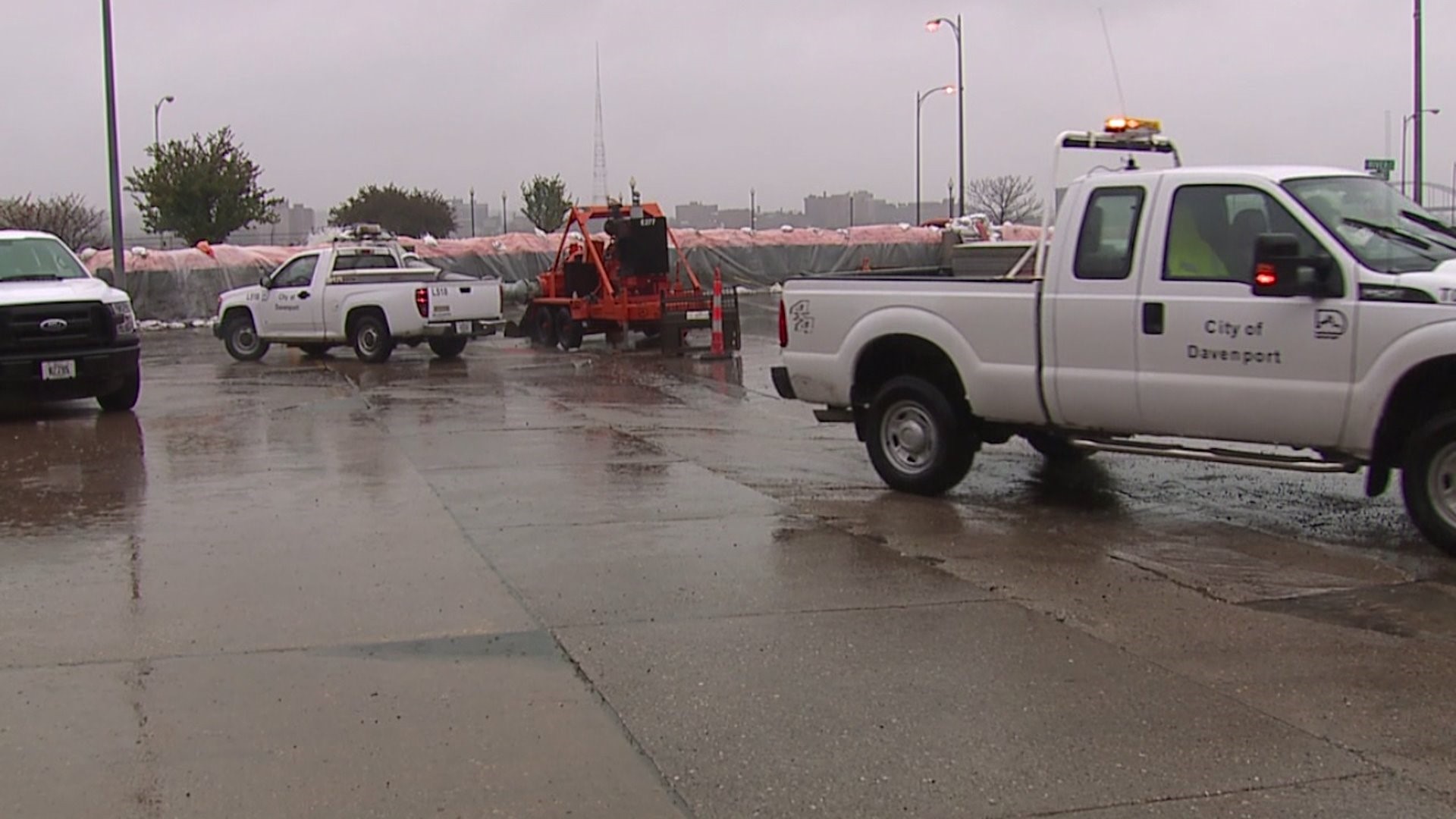 DAVENPORT-- It's been one week since a temporary flood barrier broke in downtown Davenport. Water from the Mississippi River flooded businesses along Second Street, displacing people from their apartments. Public works has said high river levels, rain, and the fact the barriers had been up for more than a month contributed to the breach. But Davenport's former public works director says this could have all been prevented.

Crews work through the storm trying to keep the Mighty Mississippi in her banks until that temporary barrier broke at River Drive and Pershing Avenue. First responders scrambled to get everyone stuck in the water back on dry land. People on dry land stop and stare, trying to piece together what went wrong.

One of the first to survey the damage was Davenport's Mayor Frank Klipsch.

On the day of the breach, News 8's Elizabeth Wadas asked him if there was anything that could have been done to prevent the break from happening.

"Well, nothing that someone with a higher power of getting the rain to stop and water to recede," said Klipsch.

City Public Works director Nicole Gleason says last Tuesday, it was a race against the clock.

"When that forecast changed Monday morning, we indicated we only had 12 hours to respond. The quickest response was adding sandbags. We felt that was going to give us the best chance," said Gleason.

"I have no doubt in my mind and heart this could have been prevented," says former Davenport Public Works Director Mike Clarke.

Clarke helped bring the HESCO barrier system to Davenport back in 2009.

"To say that you weren't prepared or whatever, that's just a lack of planning and leadership. I'm sorry to say it, but that's just the fact of the matter," says Clarke.

He says the city wasn't adequately working with the Army Corps of engineers, that they weren't watching river speeds and crest predictions and local weather forecasts that were forecasting a crest close to 21 feet a week before the break.

Clarke says for a crest prediction of 21 feet, the city needed to have its walls at least four feet higher than that.

"If you thought the water was going to come within two feet of the top of the single HESCO barrier line, you needed to put a second layer on top of that," says Clarke. "They gave up, they surrendered to the river. They didn't fight. They let their citizens down."

"Our team has been working on this flood for 50 days. We've had crews out 24/7 for 50 days. we've been watching it closely if it hadn't been for that drastic river level change," says Gleason.

When News 8 reached out to the Mayor and Nicole Gleason for comment on these accusations, City Administrator Corri Spiegel emailed us back.

The vast majority of people that the City of Davenport has been in contact with during this flood have been appreciative of the efforts taken to date. I know it is an American pastime to employ 20/20 hindsight and second guessing. We understand the desire to know what went wrong and will be looking for those answers as well. Keep in mind, Davenport experienced a record crest, and is currently extending the longest streak for days above major flood stage.

When you find yourself in unprecedented conditions, occasional setbacks will occur. We are saddened by the impacts of the flood and the property damage that occurred, but most importantly we are thankful that there were no reported injuries or loss of life.

Countless individuals – volunteers, residents, partner government agencies and business owners continue to put in honorable efforts to fight this historic flood, including our public works employees who have been working around the clock since March 10th. The city has been assisting businesses and residents throughout the flood and will continue to do so when the water recedes.

At this time we will not be making any assumption-based comments with regards to the cause of the breach. We have engaged the US Army Corps of Engineers to support the after-action analysis efforts. Any commentary provided before the subject matter experts have completed their reviews would be irresponsible.

The city will not be responding to comments made by former city employees or those who lack factual knowledge of the field conditions associated with this flood.