The Making of a Marine: Taking on the Crucible

Marines are made at Camp Pendleton in the mountains of southern California. Recruits spend three weeks there as part of their basic training. It all leads up to... 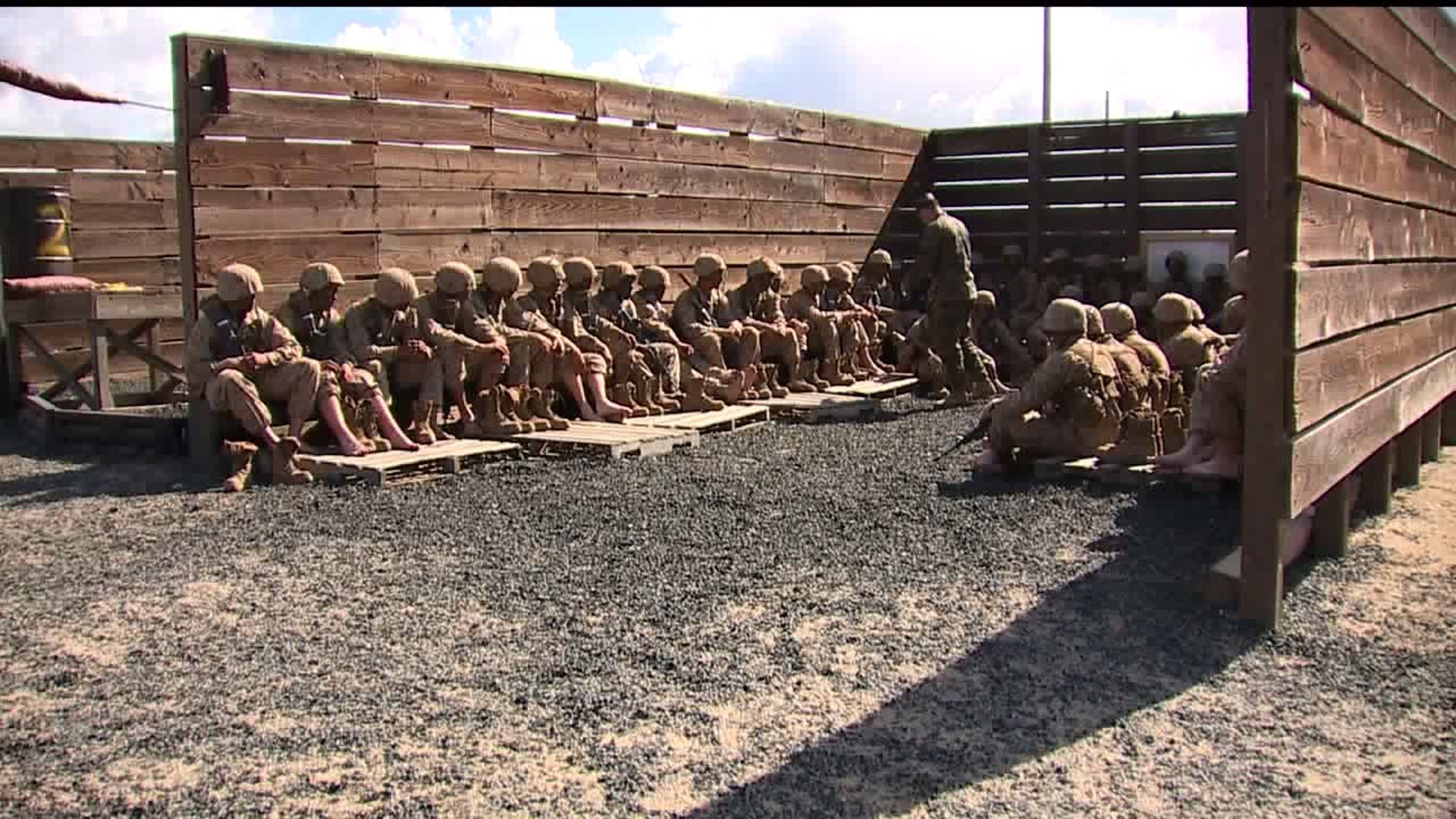 Marines are made at Camp Pendleton in the mountains of southern California. Recruits spend three weeks there as part of their basic training. It all leads up to a 54 hour challenge known as the Crucible.

The test takes place in the mountains, where recruits simulate a combat situation. There are miles of hiking over rough terrain. Recruits are pushed further with limited food and sleep. It's meant to prepare them for whatever situation they may find themselves in, in battle or in a humanitarian role.

Sgt. Anthony Quinonez says recruits know that as the weeks pass that the Crucible is coming. They look forward to it, dreading it at the same time.

"I pretty sure everyone comes up here hesitant," he said.

At the end of February, Golf Company was in the middle of the Crucible. News 8 was granted rare access to one platoon, observing them as they visited a course called the "12 Stalls". This area is made up of 12 problem-solving stations. Each stall includes a mission care and obstacles, with a challenge ranging from getting a casualty out or getting medical supplies in.

The first stall was a break for the recruits. Their drill instructors ordered them to take off their boots, down to their bare feet. They wanted to make sure the recruits weren't hiding any injuries and were properly caring for any blisters. Recruits may keep quiet about problems, fearing medical time off that could bump them to another company. But it's important they be healthy for what comes next - a brutal mountain 9.7 mile hike that finishes with a 700 foot climb up a hill known as the Reaper.

Finishing that climb is a major accomplishment in the life of a recruit. It's when they officially earn the title "Marine" and are awarded their Eagle, Globe and Anchor emblem.