The 17-year-old senior was riding on a float in the homecoming parade when she saw a desperate mother and a little boy who needed help. 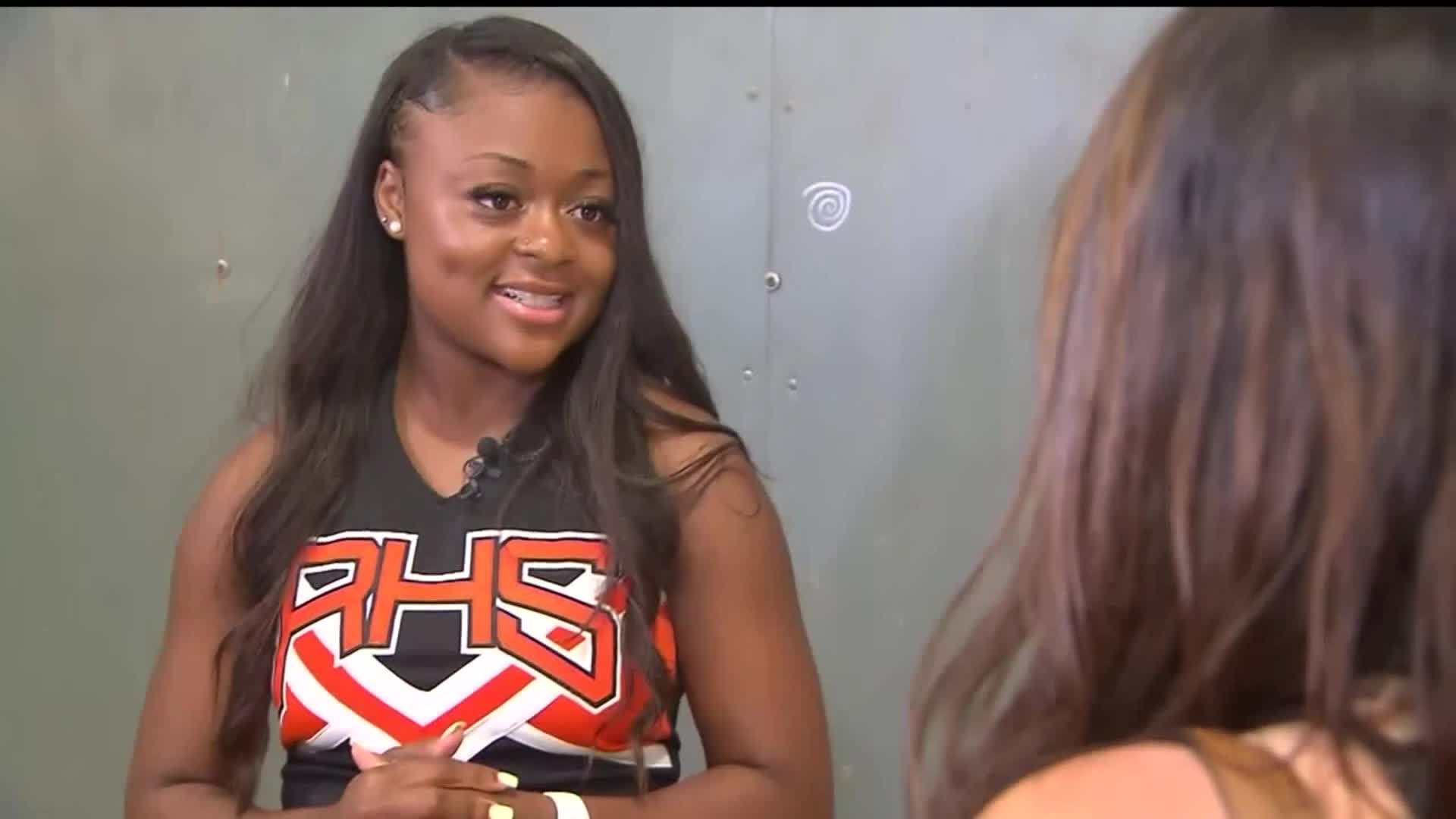 (CNN) -- Cheerleader Tyra Winters is Rockwall High School's homecoming hero and it wasn't for anything that happened on the field.

The 17-year-old senior was riding on a float in the homecoming parade when she saw a desperate mother and a little boy who needed help.

"I see the kid. I see a little bright red face and his mom's holding him up, begging for help, screaming, asking 'someone help me someone help me,' Winters told CNN affiliate KTVT.

She told the station that her first thought was "Oh my God, I've got to help this child.

"Her kid's turning purple, so I immediately jumped off the float and I ran down to the kiddo and I said 'I got him,'" Winters said.

She held the little boy and gave him three strong back thrusts that made him spit up the candy he was choking on.

The incident happened on September 18, but 2-year-old Clarke and his mom, Nicole Hornback, came to Winters' school on Tuesday to thank her.

Hornback told KTVT she was sitting right next to Clarke when it happened.

"I just happened to look over to him and there was no noise, there was no coughing, there was no breathing," she said. "And at that moment that's when I tried to give him the Heimlich, and I've never taken a class. To feel so useless as a mother was the most terrifying thing in my life."

Fortunately, Winters had gotten CPR training in eighth grade because her mom is in the medical field. Winters plans to be a pediatric surgeon.

"I commend her for being a teenager and being trained," Hornback said. "She saved my baby."

Hornback told the station that her family is going to get CPR and first aid training right away.