The Iowa Soccer Championship Series has been relocated to the TBK Bank Sports Complex after weather-related conditions caused a mix up at the original host faci... 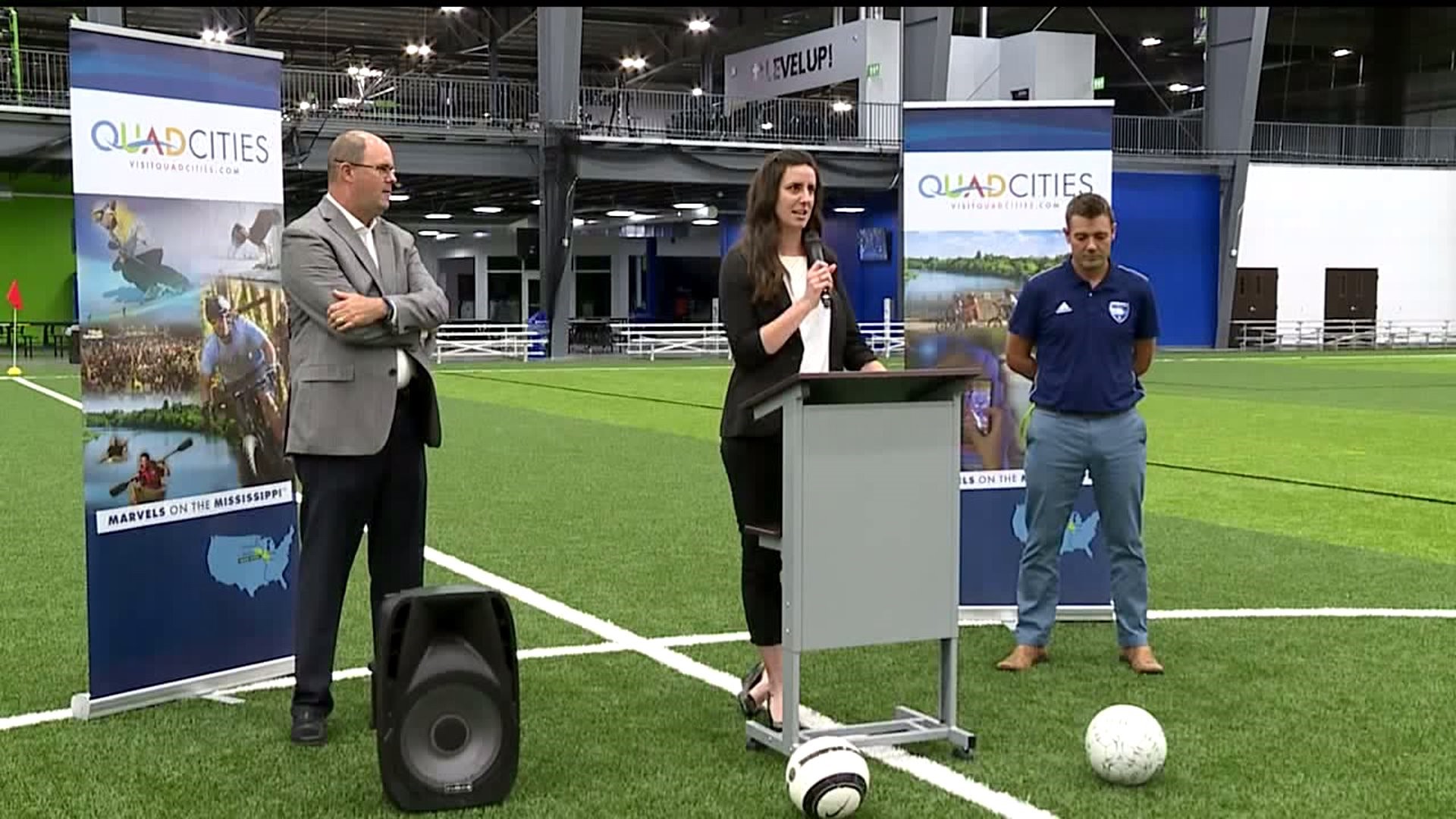 BETTENDORF, Iowa - One of the biggest soccer championships in the state of Iowa will bring more than 1,500 players and their families to the Quad Cities on October 13 and 14.

The Iowa Soccer Championship Series has been relocated to the TBK Bank Sports Complex after weather-related conditions caused a mix up at the original host facilities in Des Moines.

This will be the first major soccer championship at the new sports complex and leaders are excited to show it off.

"Really this complex was built with soccer in mind, with the indoor turf and all of our outdoor fields, so we are just so excited that we get to host the biggest event within our first year of operation." said TBK Bank Sports Complex Director of Operations, Leslie Van Dyke.

The announcement (on October 11) comes just two days after the decision was made to move the championship tournament to the Quad Cities.

Teams from the Quad Cities Convention & Visitors Bureau and the sports complex have been scrambling to coordinate last minute details.

"We are confident that the association, the athletes and their respective families will be amazed by one of the most versatile sports and entertainment venue destinations in the Midwest." said the new President and CEO of the Quad Cities Conventions and Visitors Bureau and Sports Commission, Dave Herrell.

The events are expected to generate about $450,000 for the Quad Cities economy, according to leaders.

The public is invited to watch the games as 82 teams compete.