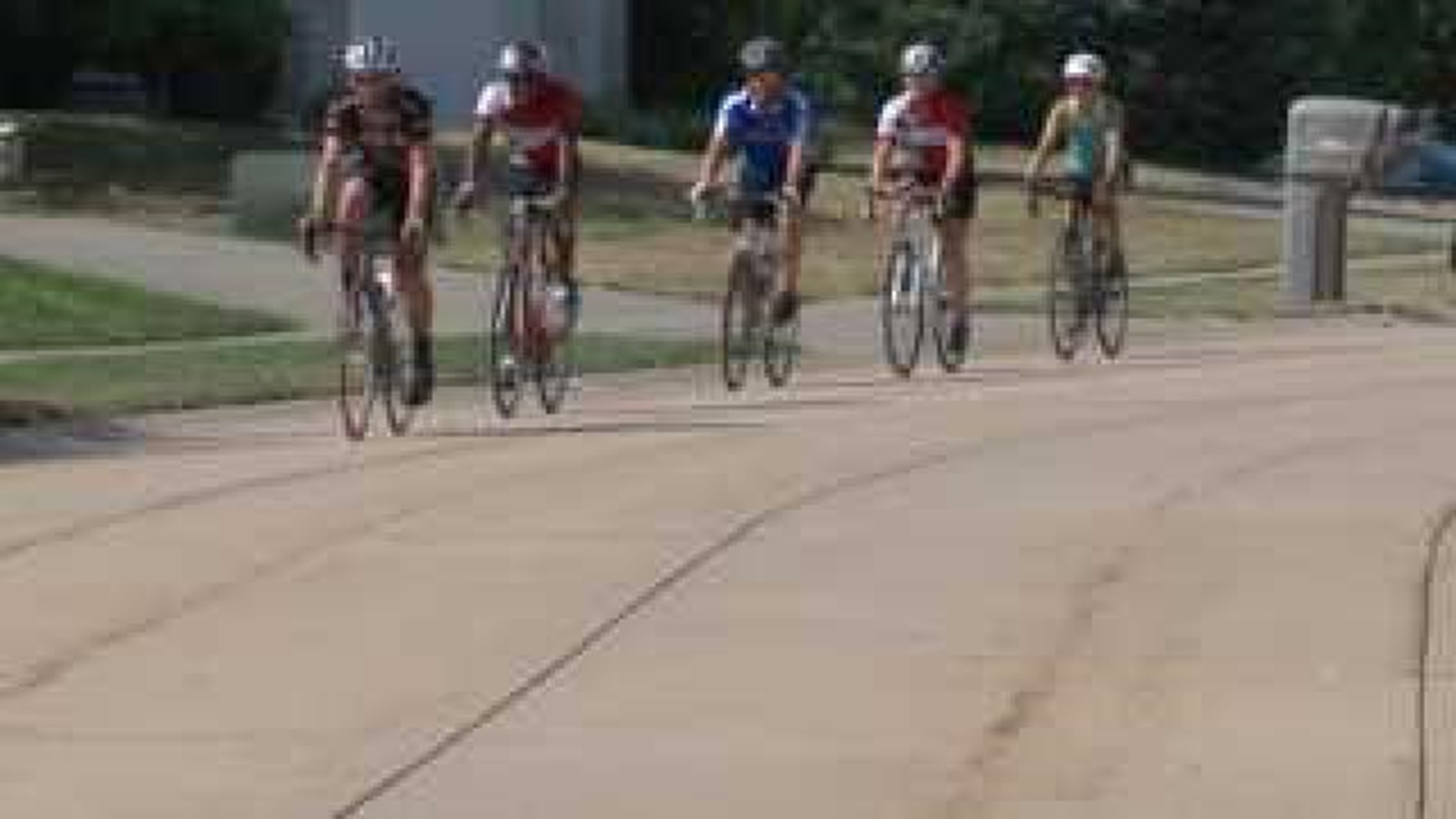 You could call Manish Mandava a positive thinker.

That's why the Illinois Wesleyan student, who got his bike just days before the trip, set off on a four thousand mile ride across the country.

"It's a call to action. Awareness is one thing, but action is something more," Mandava said.

He's joined by seventeen other students with a group goal of of raising $100,000. Rolling into Bettendorf today means the group is nearly halfway to Boston, but they each have their favorite part so far.

"My favorite part is the random conversations with people along the ride. I'd never met anyone that was HIV positive until this ride, and some of the conversations that we've had along the way really get those stories out of the woodwork, and it's inspiring to hear," said another rider, Augie Lindmark.

The riders from all over the U.S. are now facing Midwest heat.

"It's kind of scary when you look at the banks that you're passing by, and the temp's in three digits, but we have water vans every fifteen, twenty miles, so that keeps us hydrated," Lindmark said.

Whether experienced or beginner riders, there's a cause keeping them going.