Single stream recycling bins getting delivered to Davenport and Bettendorf

If you live in Davenport or Bettendorf, you will soon be getting a present in the shape of a new recycling bin. It’s the first step in starting single str... 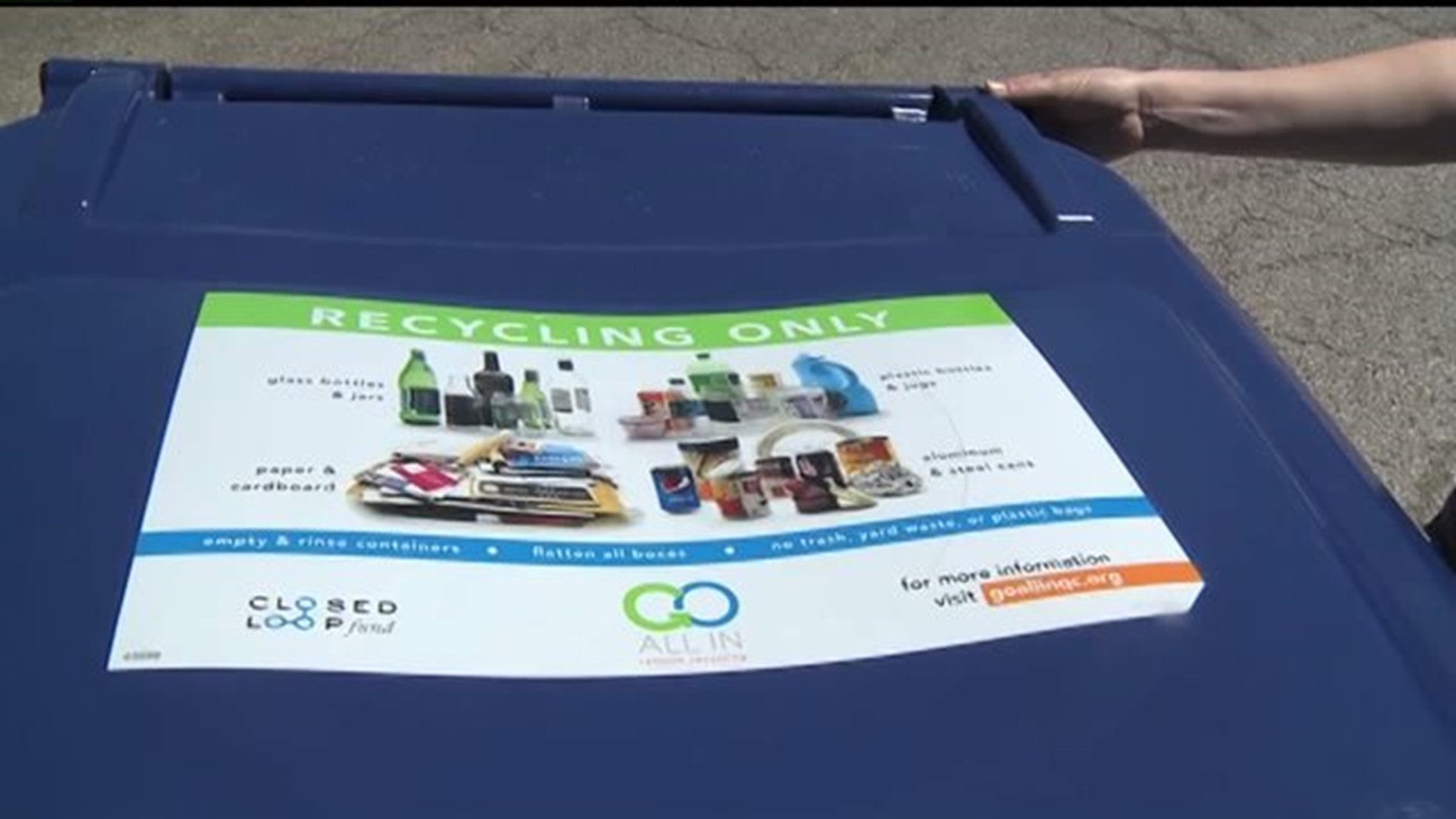 If you live in Davenport or Bettendorf, you will soon be getting a present in the shape of a new recycling bin. It's the first step in starting single stream recycling for Scott County.

The bins started arriving from Wisconsin this week, and the first of the blue bins will be delivered by both Davenport Mayor Frank Klipsch and Bettendorf Mayor Bob Gallagher to a home right on the border of the two cities.

Scott County elected last year to move to the new single stream recycling method. The idea behind it is that instead of separating all the different type of recyclables, you can put them all into one bin. There will be a diagram on the top of the new 95-gallon bins that shows exactly what can go inside. Plastic bags and garbage are not allowed in the blue bins.

Between now and August 1st, 2016, the first day of single stream recycling in Scott County, it's about educating people that this is the easiest and most efficient way to recycle.

Welvaert says one of the bigger and long-term goals of single stream recycling is to get more people excited about the process.

Davenport home owners will be getting the bins first starting on Wednesday, June 22nd, 2016 and then once Davenport homes are taken care of, they'll be handed out in Bettendorf.