Police responded to a call of shots fired Friday evening, but discovered a violent car chase resulting in the arrest of two juveniles. 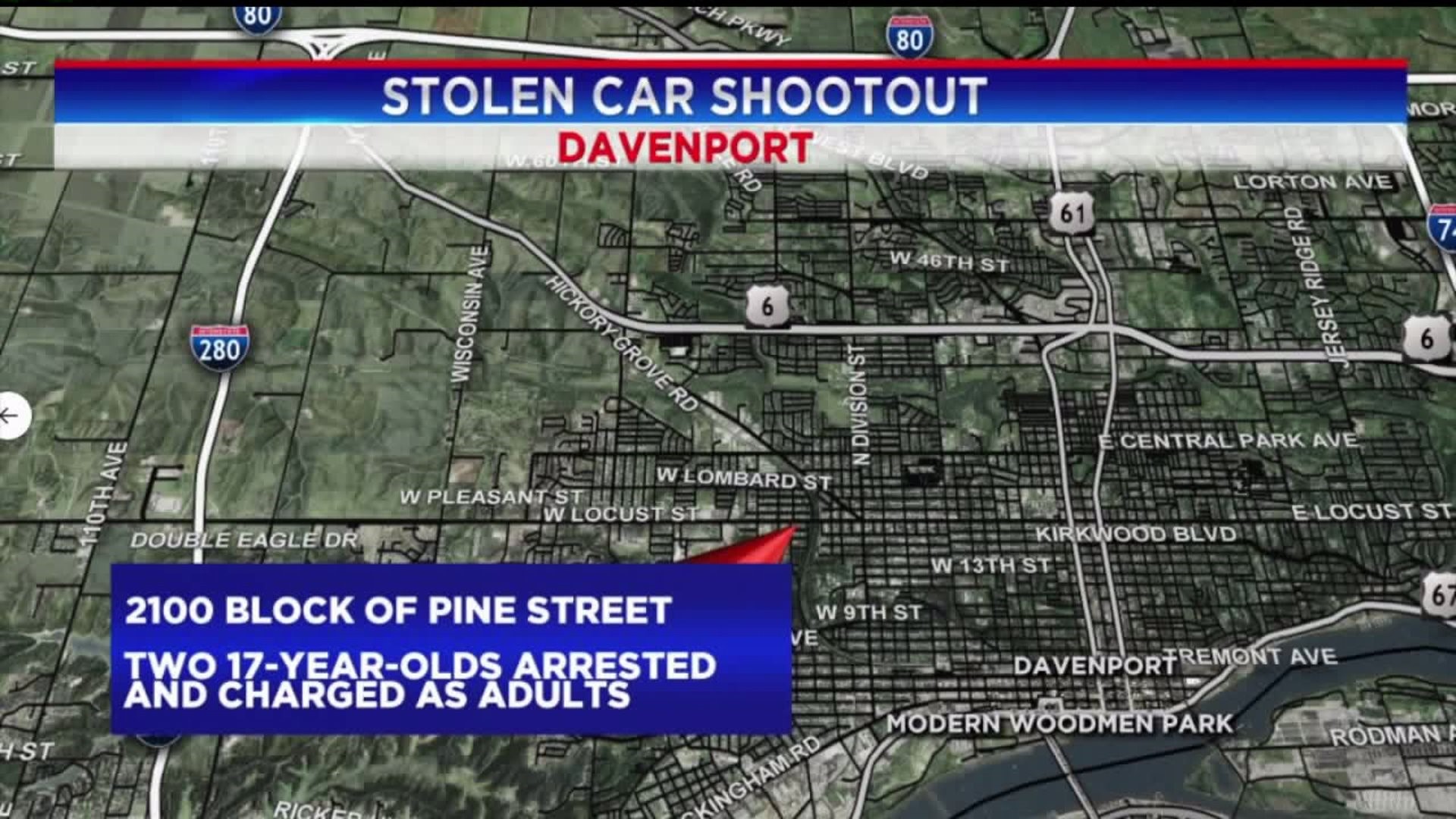 DAVENPORT, Iowa -- Police responded to a call of shots fired Friday evening and walked away with two teens in handcuffs.

At approximately 7:06 p.m., Davenport police responded to the call from the 2100 block of Pine Street and conferred with witnesses to discover that the shots were being fired from vehicles engaged in a chase. Witnesses eventually directed the officers to the 1600 block of Lookout Lane, where one vehicle was found disabled and the suspects were fleeing. This lead to a foot pursuit where both suspects were apprehended.

Two handguns were found on the path the suspects took while fleeing on foot. Police also discovered several fired cartridge cases near the original Pine Street location. The disabled vehicle was heavily damaged and later discovered to have been stolen earlier in the day. No other damage or injuries have been reported.

The two involved with the incident were booked into the Scott County Jail. Charles Singleton III and Nessiah Clark, both 17-year-old Davenport residents, were charged with Intimidation with a Firearm, Felon in Possession of a Firearm, 2nd Degree Theft, and Interference.

The incident remains under investigation. No further information is currently available.