A woman at the center of a Davenport Police brutality allegation was sentenced to two years in prison for shoplifting. 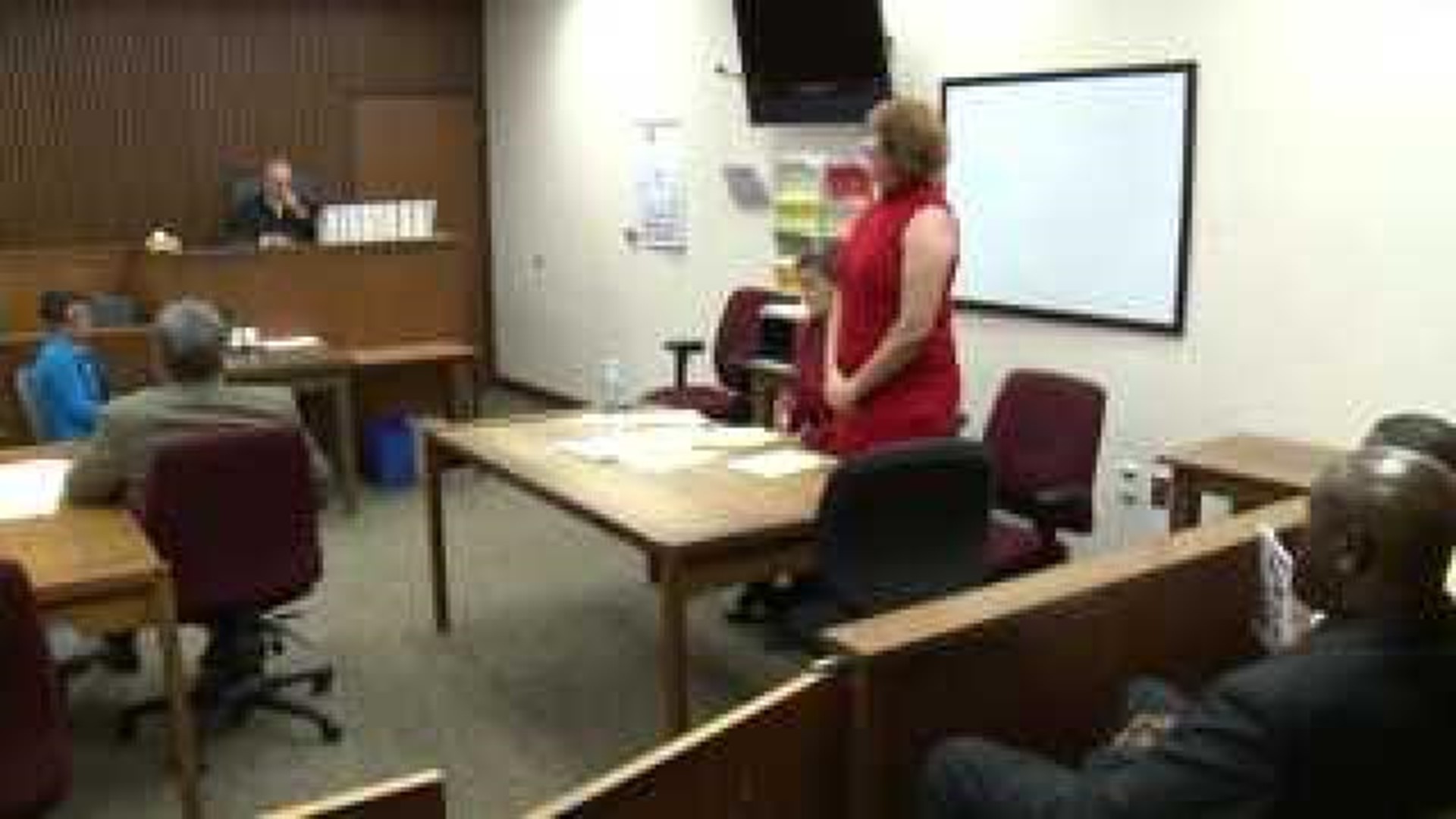 The video of a woman beaten in a confrontation with Davenport Police after she was arrested in February for shoplifting, was watched nationwide.

On Friday, Brandie Redell was sentenced in court for that shoplifting incident and another one a few months later.

Redell admits to shoplifting from a Von Maur store at NorthPark Mall in February. But in her sentencing Friday, Redell asked Senior District Associate Judge Douglas McDonald for leniency, saying she did it because she was not getting the right dosage of medication and was suffering from emotional distress.

"The state said if I was already out why would I steal again? I don't have an answer for that,” Redell said to the judge.

Five other people spoke on her behalf, but that was not enough for Judge McDonald. Pointing to Redell's record of nine convictions, five of which were theft, Judge McDonald sentenced her to two years, saying she’ll likely serve half. She will be sent to Iowa Medical and Classification Center in Coralville, Iowa.

"So many, so many priors, so many chances to improve and you really haven't done that,” said Judge McDonald.

"He did the right thing, and we felt that it was okay,” said David Lowery, the Founder and CEO of Living and Driving While Black Foundation. Lowery is working with Redell to file a civil lawsuit against the Davenport Police Department. After Redell’s shoplifting arrest, cameras caught the confrontation with Davenport Police Officer Scott Crow.

"If Ms. Redell can step up to the plate and take her responsibility for the shoplifting that she did and these two officers who beat an unarmed woman and did an unprovoked attack on a woman, they should be kicked off the force, criminal charges should be filed and they should be placed in jail and should go through the process just like Brandi just did,” said Lowery.

Redell was charged with assault on a police officer for allegedly biting Officer Crow, but those charges were dropped.

"Officer Crow after he got done punching Brandy 1,000 times from the way it looks in the video, he stuck his finger in her mouth to try to turn her head that's when she bit down,” said Lowery.

Lowery says they plan to file the federal civil lawsuit in a few weeks.  He says more women have come to him with allegations of abuse from the Davenport Police Department.

Davenport Police Chief Frank Donchez says Officer Crow was disciplined after the incident at Von Maur, but is back on the job.