Funeral arrangements have been set for an Iowa officer who was shot to death as he sat in his police car on a suburban Des Moines street. 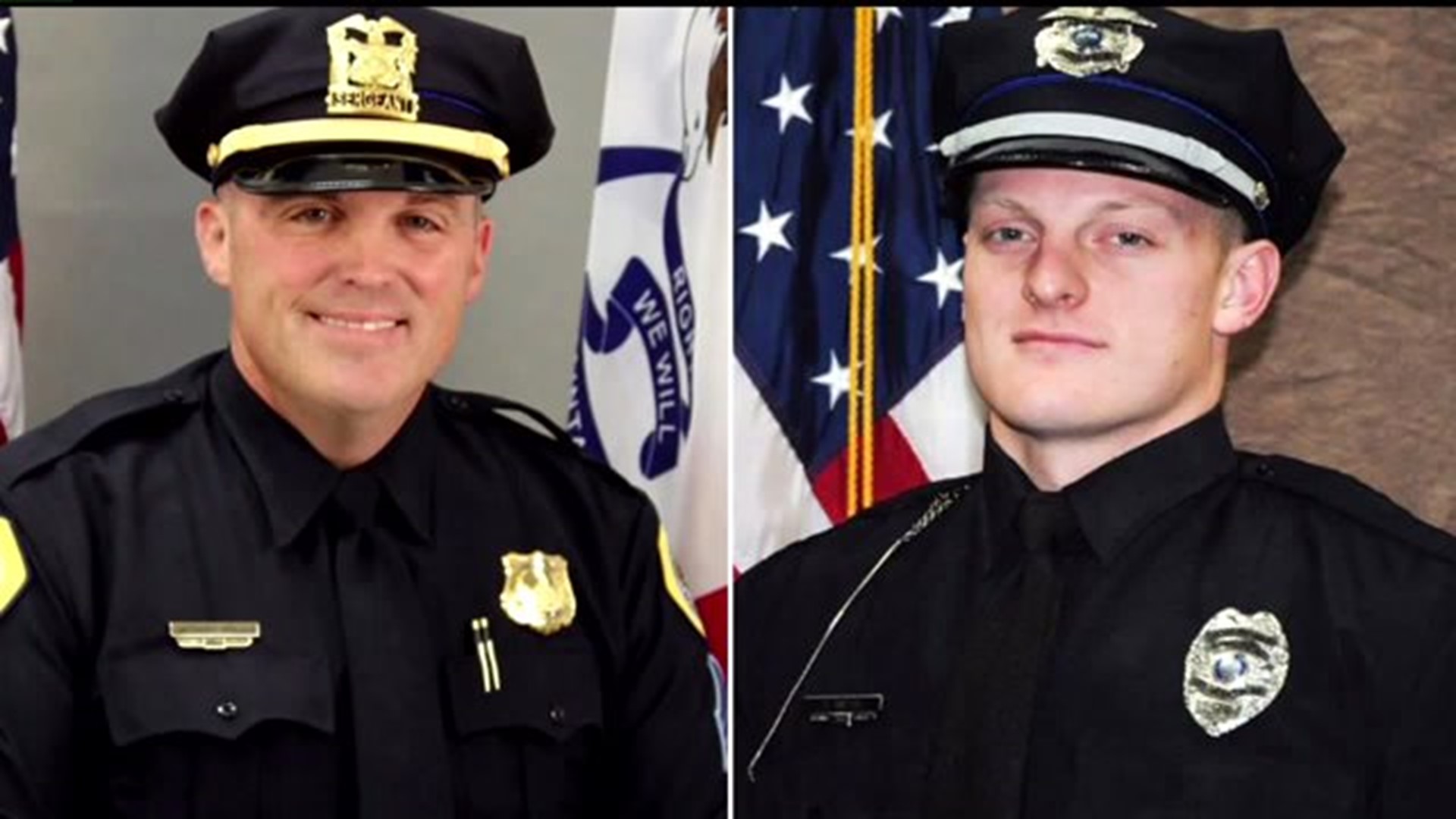 Urbandale police announced Thursday night that the funeral for officer Justin Martin will be held Tuesday at 11:40 a.m. at South Calhoun Middle School in his hometown of Rockwell City. The city of 1,700 is about 75 miles northwest of Des Moines.

He will be buried at Rosehill Cemetery, a spot on the edge of the community surrounded by farmland.

The 24-year-old Martin was gunned down early Wednesday. About 20 minutes later, 38-year-old Des Moines police Sgt. Anthony Beminio was shot to death as he sat in his car less than 2 miles away.

Police apprehended Scott Michael Greene hours after the shooting and charged him Thursday with two counts of first-degree murder.