All this newly discovered shark species has to do is glow in the dark, and the prey comes to them. 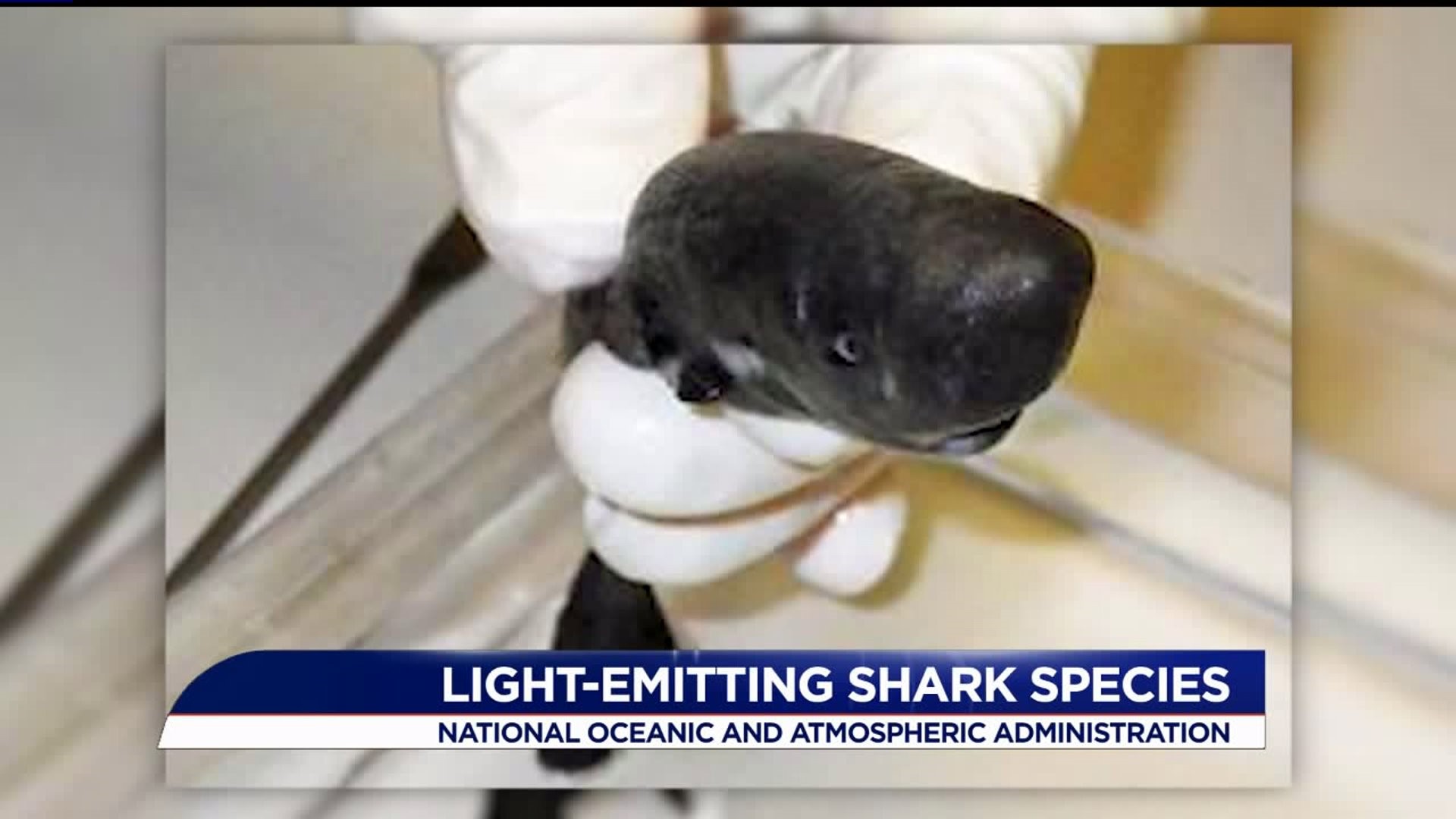 (CNN) -- Sharks are known to stalk and sniff out prey before they attack. But all this newly discovered shark species has to do is glow in the dark, and the prey comes to them.

The 5 1/2-inch American Pocket Shark is the first of its kind to be discovered in the Gulf of Mexico, according to a new Tulane University study. It's less fearsome than it is wondrous.

Scientists stumbled upon a teeny male kitefin shark in 2010 while studying sperm whales in the Gulf. It wasn't observed again until 2013, when National Oceanic and Atmospheric Administration (NOAA) researcher Mark Grace found it in a pool of less luminous specimens.

It's only the second pocket shark ever captured or recorded, Grace said in a statement. The other was found in 1979 in the east Pacific Ocean.

"Both are separate species, each from separate oceans," he said. "Both are exceedingly rare."

According to the paper, the shark secretes a glowing fluid from a tiny pocket gland near its front fins. It's thought to help attract prey, who are drawn to the glow while the tiny predator, practically invisible from below, stealthily attacks.

Bioluminescence is common in the sea

A glow-in-the-dark ocean organism is hardly unique. NOAA estimates about 90% of animals that live in open water are bioluminescent, though research on deep sea creatures is scant.

An animal's glow is triggered by a chemical reaction that emits light energy, according to the Smithsonian National Museum of Natural History. Organisms light up to attract a mate, warn an attacker to stay away or, in most cases, make a meal out of a smaller swimmer.

Remember the fanged fish with the glowing antenna that terrorized Marlin and Dory in "Finding Nemo?" It's called a black seadevil, and it's very real and very terrifying. True to its name, it lures prey toward its jaws by dangling a bioluminescent spine from the top of its head, says the Monterey Bay Aquarium Research Institute.

More charmingly, hordes of bioluminescent plankton turn oceans neon blue at night, a response that startles predators ready to munch on them. The results are less stunning during the day: The dinoflagellates discolor the water in a phenomenon known as red tide, according to the Scripps Institution of Oceanography.