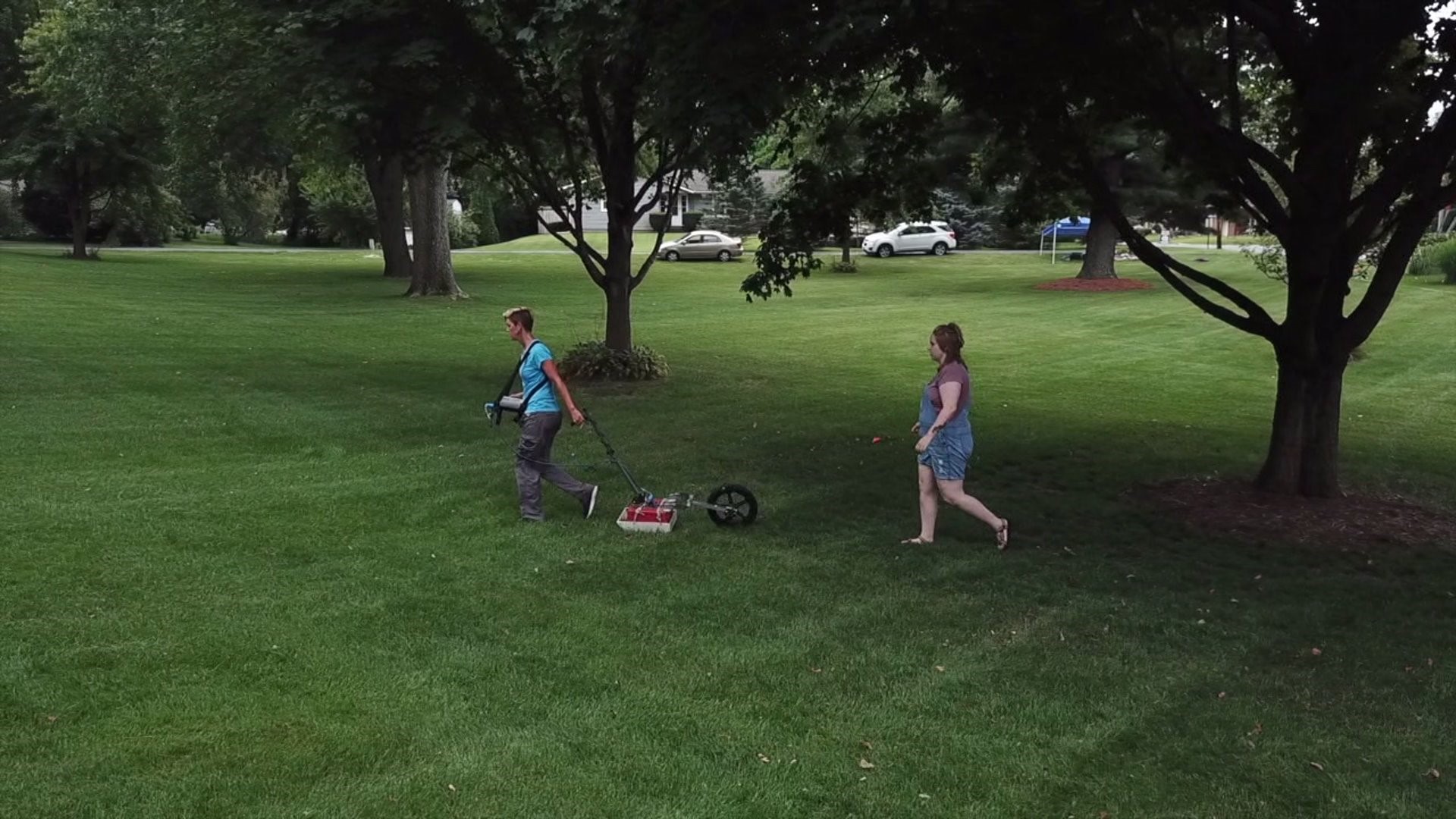 MONMOUTH, Illinois -- You know about the elephant in the room, right?  Now, a Colorado scientist is trying to find the elephant buried in a Monmouth front yard.

Shay Ottman, the archaeologist with elephant earrings, is taking on a most unusual assignment.

"I've been telling people all week, I'm going to find a dead elephant," she said, on Friday, August 25.

It's not just any elephant, though.  She's looking for Nizie, a 600-pound dwarf elephant, who was featured in the Great Nicola's magic act during the 1930's.

"The story goes, he landed in New York, hailed a cab and took the cab with the elephant from New York to Monmouth, Illinois," chuckled Kellen Hinrichsen, director of the Warren County History Museum.

Sadly, the elephant, who also spent time at the Lincoln Park Zoo in Chicago, died in 1934.  A local veterinarian is said to have buried her somewhere on his Monmouth property.

Ottman is using Space Age technology developed for the moon landing to search for remains.

The Great Nicola hailed from Monmouth, but traveled the world and brought back a menagerie of exotic animals.  Known as the "King of Handcuffs," his own tall tales were bigger than his showmanship.

"He was an entertainer, so it's hard to take what's fact and what's a bit of fiction," Hinrichsen continued.

As Ottman winds her way back-and-forth in a measured grid, data could reveal more about this long-ago legend.

"We can potentially find an elephant without digging an elephant-sized hole," she said.

Searchers plan to let Nizie rest in peace, should they find her, but their curiosity is motivating more activities.

They plan to host a magic festival in Monmouth in April 2018, featuring the lore and legends of the Great Nicola and his elephant.

"Get people interested in local history," Hinrichsen concluded.  "If they can do that through Nicola and an elephant, that will be great."

A blend of science and magic just might provide some answers to solve this 83-year-old mystery.