“We were really worried if she was going to come around,” said Rock Island firefighter and paramedic Scott Romine. 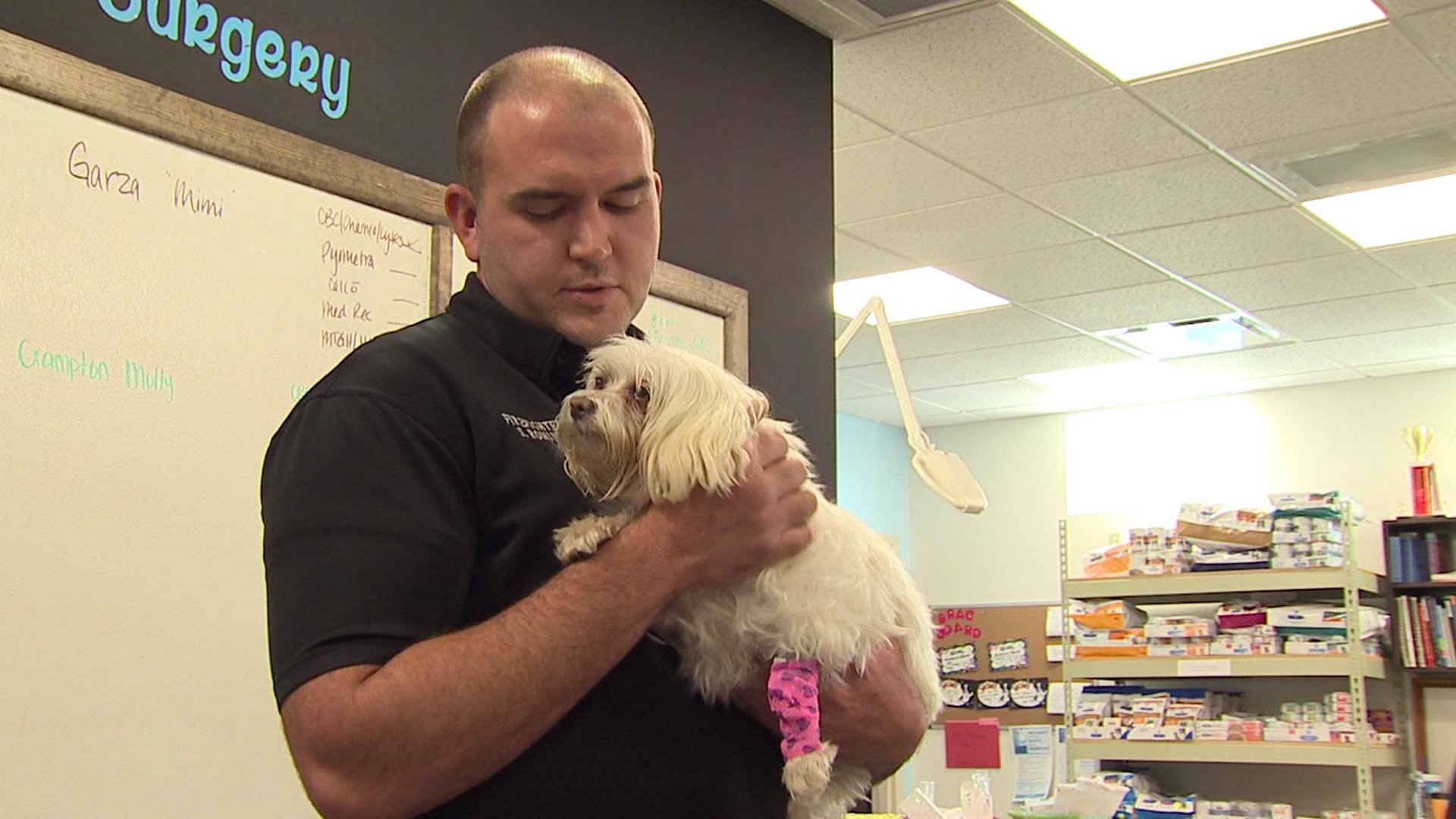 At the Rock Island Animal Hospital on Thursday, May 25, there's an unexpected miracle.

Sassy, a seven-year-old Maltese, is one lucky dog.  On Thursday, she reunited with Romine.

"She was in rough shape," he recalled.

Just 24 hours earlier, Scott and Sassy met under the most difficult circumstances.  Her life was on the line.

"Not really breathing much at all and kind of faint heartbeat," he said.

Rock Island firefighters rescued Sassy from a devastating fire that claimed three of her offspring.

"She was in pretty dire straits," Romine continued.  "We were really worried if she was going to come around."

Romine eventually revived Sassy at the scene with a mask designed for animals.

"If they hadn't given her oxygen, we would have been having a much different outcome, I suspect," said Dr. Elizabeth Narske, Rock Island Animal Hospital.

That could be the end of the story, but it's really just the start.

Scott Romine is offering to keep Sassy until her family can return to their home.

"When you're there, and you see any animal in that state, you want to be able to help out as much as possible," he said.

That gesture says a lot about Scott and the Rock Island Fire Department.  During a terrible time, it's something that can soothe a family's pain.

If that's not enough, Moline-based Rescued is stepping up to pay for Sassy's vet bills.

For these kind hearts, it's all in a day's work.  Sassy's Thursday exam became a grateful reward.

"Being able to save her and be a part of that, it's pretty cool," said Dr. Narske.

And that face, which went from black with soot and ash to snow white, says it all for Scott.

"Anybody that's a dog lover, and even if you're not, you have an immense sense of happiness," he concluded.

Happiness for a lucky dog that's sweet -- and Sassy.