Oberhaus said the players “did not intent to dishonor or disrespect” veterans or military personnel. 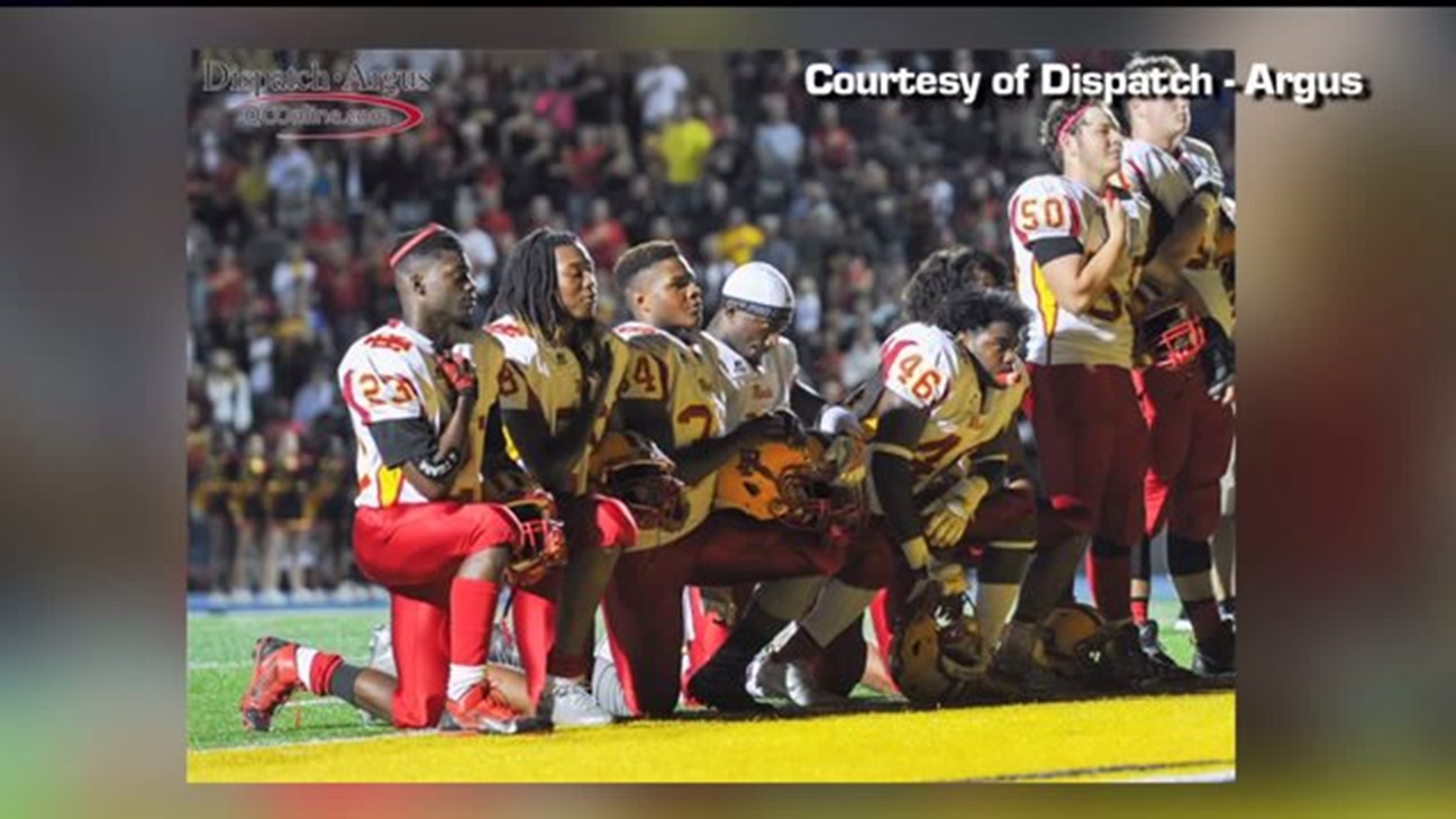 ROCK ISLAND -- Last Friday, six Rock Island Rocks football players created a stir when they chose to kneel during the playing of the national anthem prior to their game against Alleman.

The players had informed their coach and athletic director prior to the game to tell them they planned to protest. Rock Island school officials did not have a comment on the protest immediately after the game or over the weekend.

The intent, they said, was to show solidarity with NFL player Colin Kaepernick, who has been sitting out the anthem prior to his games to draw attention to racial inequality.

Here is the letter in its entirety: 2016-09-20rimsd41editorialstudentprotest