Around 20 of the rescued dogs have found new permanent homes. 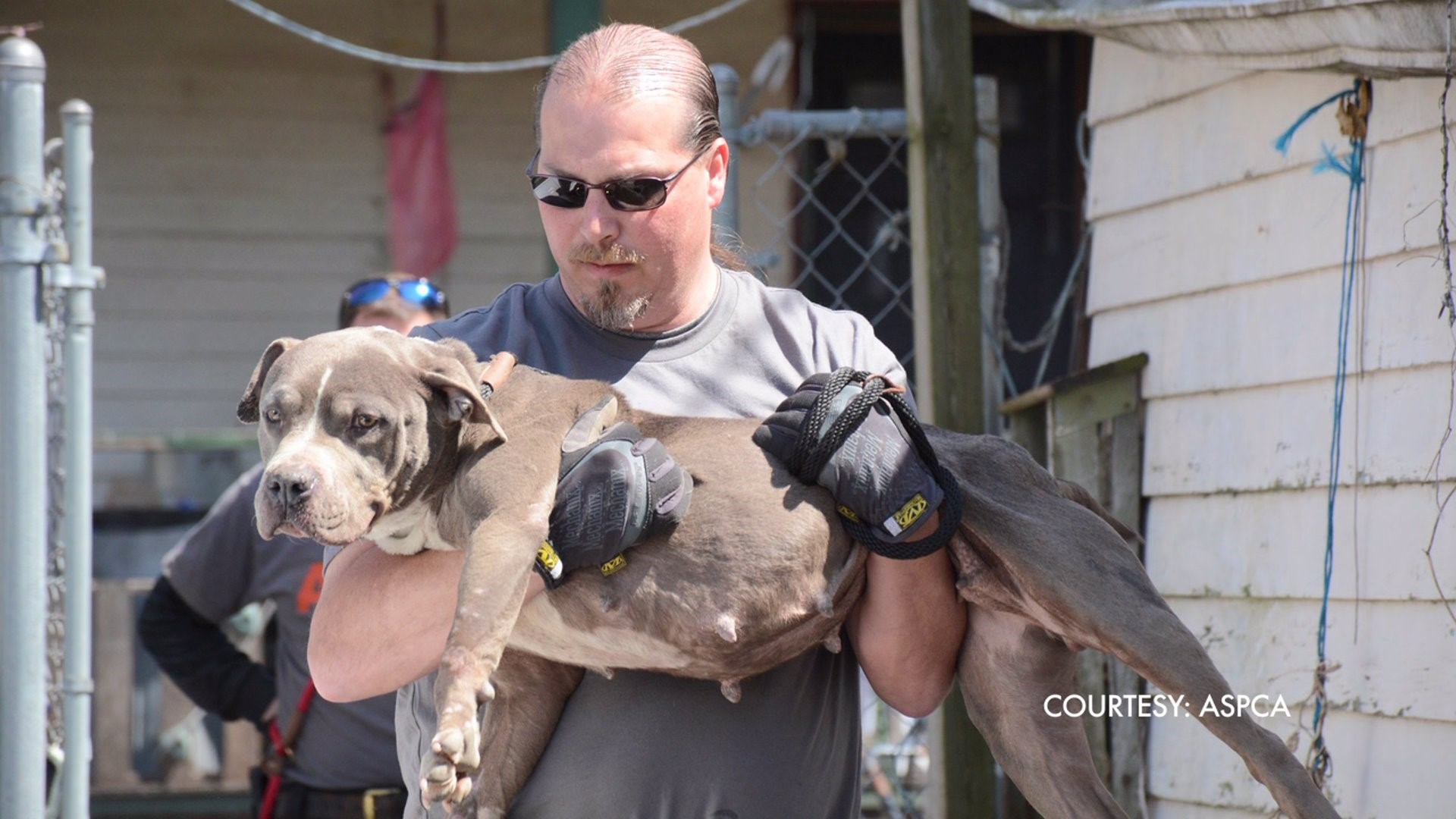 ROCK ISLAND - - A national award was given to members of the Rock Island Police Department who took down a massive dog fighting ring in April of 2016.

"Rock Island was a major investigation and it was... 64 dogs rescued, there were a dozen arrests at least and that's significant in the country," said Terry Mills of the ASPCA.

The arrests of 10 more people came in January, the men accused of sponsoring dog fighting with pit bull-type breeds over the last five years.

The ASPCA gave the department the "Champion for Animals" award recognizing how rare it is to take down a ring of this size.

"It's all over the country, it's everywhere it's in the cities, in the countries, it's Illegal activity that happens way under the radar," said Mills.

Some of the dogs rescued were able to find forever homes.

For the department, knowing they were able to combat a national issue right in their own back yard is a big accomplishment.

"When you look at dog fighting and you see the results and the barbaric nature of the dog fighting sport activity, knowing that these animals have been rescued certainly makes us feel good about what we did," said VenHuizen.

A big case that is bringing more awareness to an often hidden crime happening all over the country.