Fire crews were called to 18th Street and First Avenue early Wednesday morning around 3:50 a.m. for reports of a structure fire near Schwiebert Park. 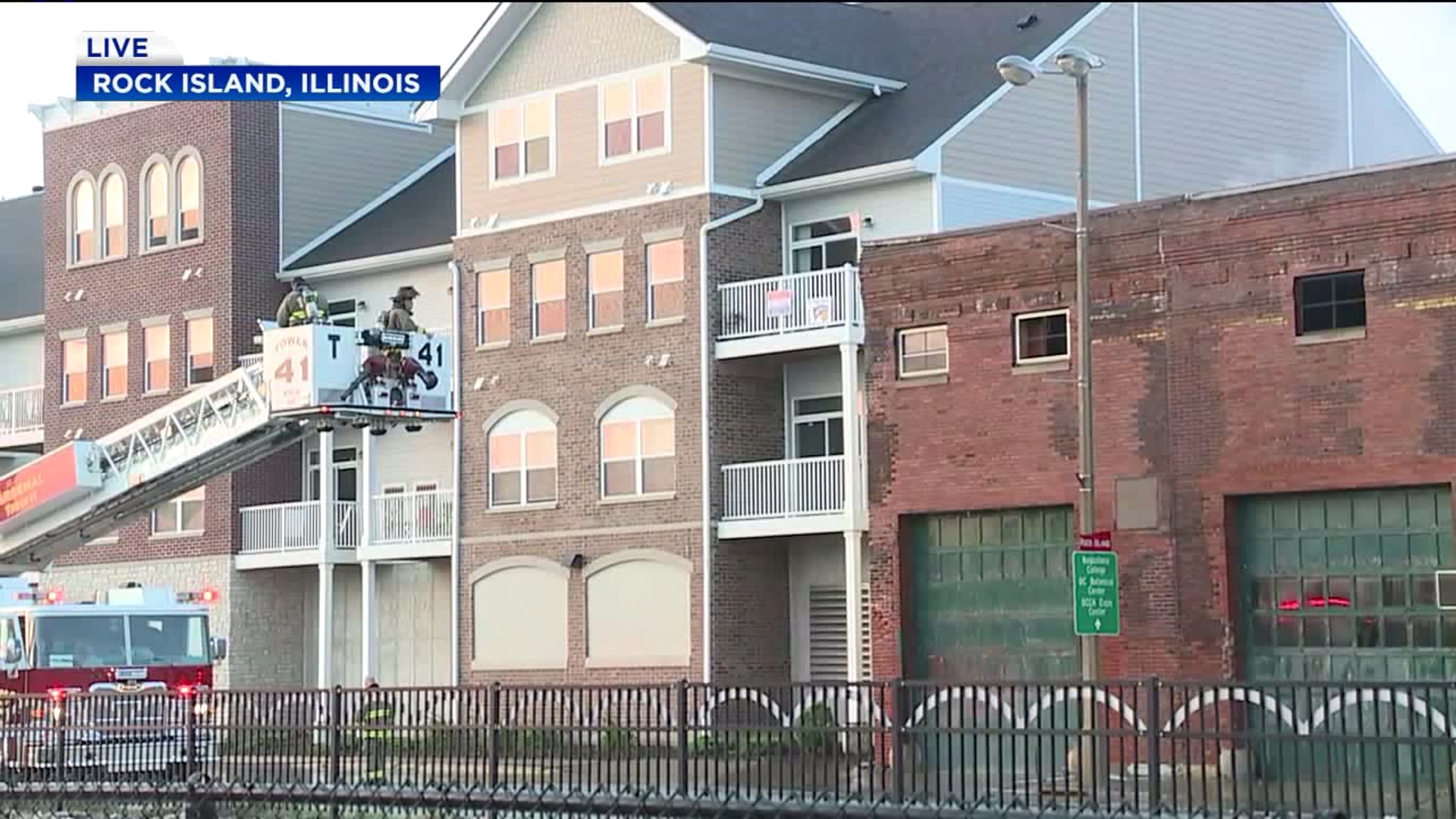 ROCK ISLAND, Illinois - A fire at an abandoned warehouse is under investigatoin.

Investigators say it started around 4:00 A.M. at a building that is across the street from Schweibert Riverfront park.

Fire crews believe the fire started on the second floor of the building. Crews battled heavy smoke and flames for hours before they got it under control.

ROCK ISLAND, Illinois -- Fire crews have been battling flames at a vacant warehouse next door to The Locks apartments at 18th St. and 1st Ave. in Rock Island since just before 4 a.m. Wednesday morning.

Rock Island Fire Chief Jeff Yerkey thinks the fire may have started in the second floor of the building, but the cause is still unclear at this time.

The Locks' tenants next door have been evacuated as a precautionary measure, although they are not at risk.

1st Ave. between 18th Street and 20th Street will be closed this morning as crews work to extinguish the fire.  Commuters are encouraged to find an alternate route.