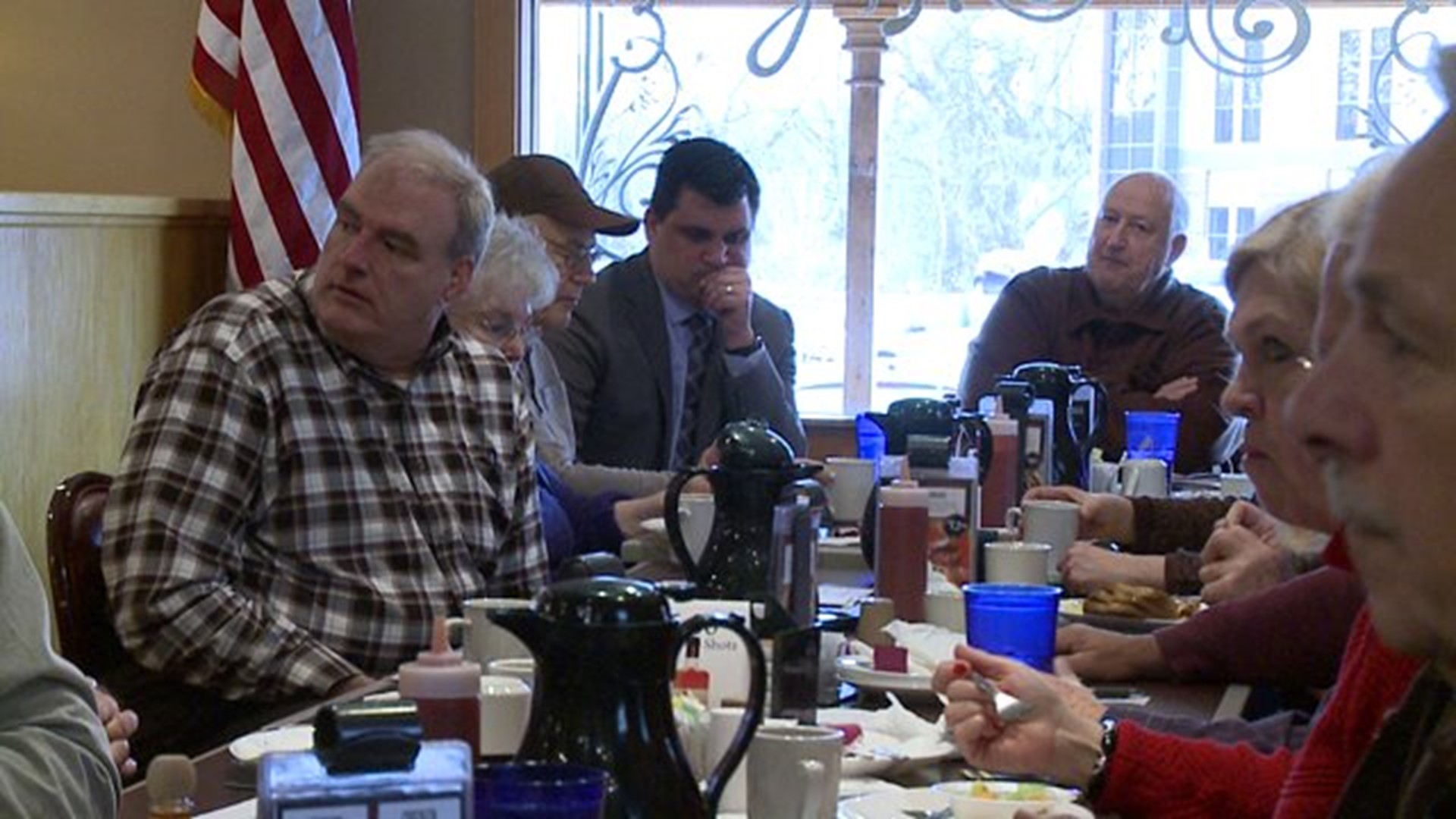 "We looked at every single expense that we have," said County Administrator Dave Ross, speaking at the Ronald Reagan Breakfast Club on February 1, 2017.

Many county services depend on state funding to function.  But the Springfield stalemate continues to threaten local activities.

"The state either isn't paying for that, or they're significantly delayed in paying," he continued.

"It's very frustrating," said Precinct Committeeman Bill Long.  "We've got to have change to make the state attractive to businesses to get people to move in, get the tax base up, so we can have the things we had in the past."

While the budget struggle lingers, a courthouse project is a bright spot for a county that's struggling to make ends meet.

Construction starts in April on a three-story addition to replace the crumbling Rock Island County Courthouse.

The downsized $28-million project should be ready by December 2018.

"Our courthouse serves more than just lawyers and bad guys," Ross said.  "It serves every walk of life in our community."

The 30-year payback will cost taxpayers fewer dollars in a cash-strapped county.

It comes at a time of great uncertainty in Rock Island County.  The state budget dilemma continues to threaten other setbacks in 2017.

Ross said that makes it tougher to keep quality employees, who are faced with doubling duties without pay hikes.

"It's almost unbelievable that it's at this point right now," he concluded.