“I wish I could have it myself, but I have to think about other people sometimes.” 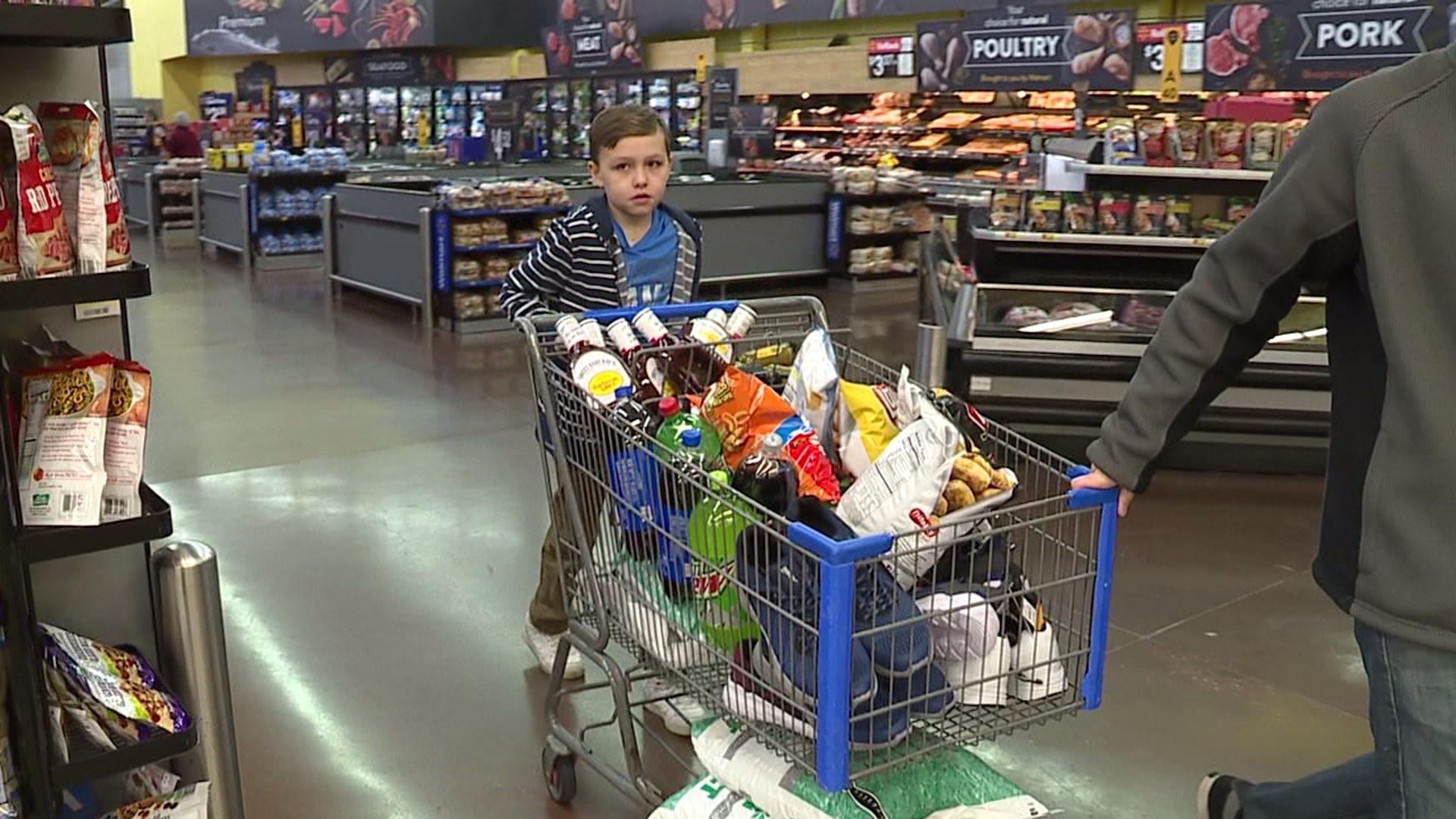 ROCK ISLAND-- Ethan Simons says he sometimes worries it's not productive for his nine-year-old Nathan to watch so many videos on Youtube. But that opinion changed a little after Nathan watched some Youtubers donate hundreds of thousands of dollars to homeless shelters.

"I told my dad a couple hours later when I got done watching the video, 'I wanna do what they did,'" Nathan says.

Nathan wanted to take all the money out of his savings account and do something for someone else. His dad was hesitant at first.

"There was part of me that almost wanted me to talk him out of him," Ethan says. "But what kind of lesson am I teaching him if I tell him, 'No, you shouldn't be selfless.'"

And Nathan's dad even decided to match his son's donation dollar for dollar.

Nathan called some homeless shelters in the QC, and since Christian Care in Rock Island was open today, decided to get some much-needed items for them.

"I got my list, and it's for what we need to buy for the homeless shelter," he says.

They first stopped at the bank to withdraw about $150 from each of their accounts. They left a few dollars in Nathan's so the account could stay open. Then the Simons were ready to shop at the Silvis Walmart.

"It feels good," Nathan says. "I wish I could have it myself, but I have to think about other people sometimes."

The fourth-grader even had a little money left over to get some extra things not on the list so the people staying at Christian Care could celebrate the new year. He topped off the cart with pop and cookie cakes.

"It makes me feel happy and proud of myself," he says. "It's just hard to give it away sometimes. But I'm thinking ... about other people."

After checking out and loading up the trunk of the car, the Simons headed off to Christian Care to deliver their surprise.

"You know you're doing an awesome thing, right? You're helping a lot of people," Christian Care Development Coordinator Cindi Gramenz tells Nathan as they unload the car.

"At nine years old, to be feeling that kind of compassion for the work we do and for what's going on in his community is pretty amazing," she says.

And Ethan says he couldn't be prouder of his son.

"Not many people can say they emptied their savings account and went shopping for a homeless shelter," he says. "You did a good thing today my son."

The donation to Christian Care was extra special for the Simons. Nathan's older sister is a marine and he wanted to make sure the veterans staying at the shelter were taken care of.

Nathan says he could see himself doing this again or donating his time by volunteering.