If Clinton decides it’s too expensive, Chad Pregracke has offered to take the barge. 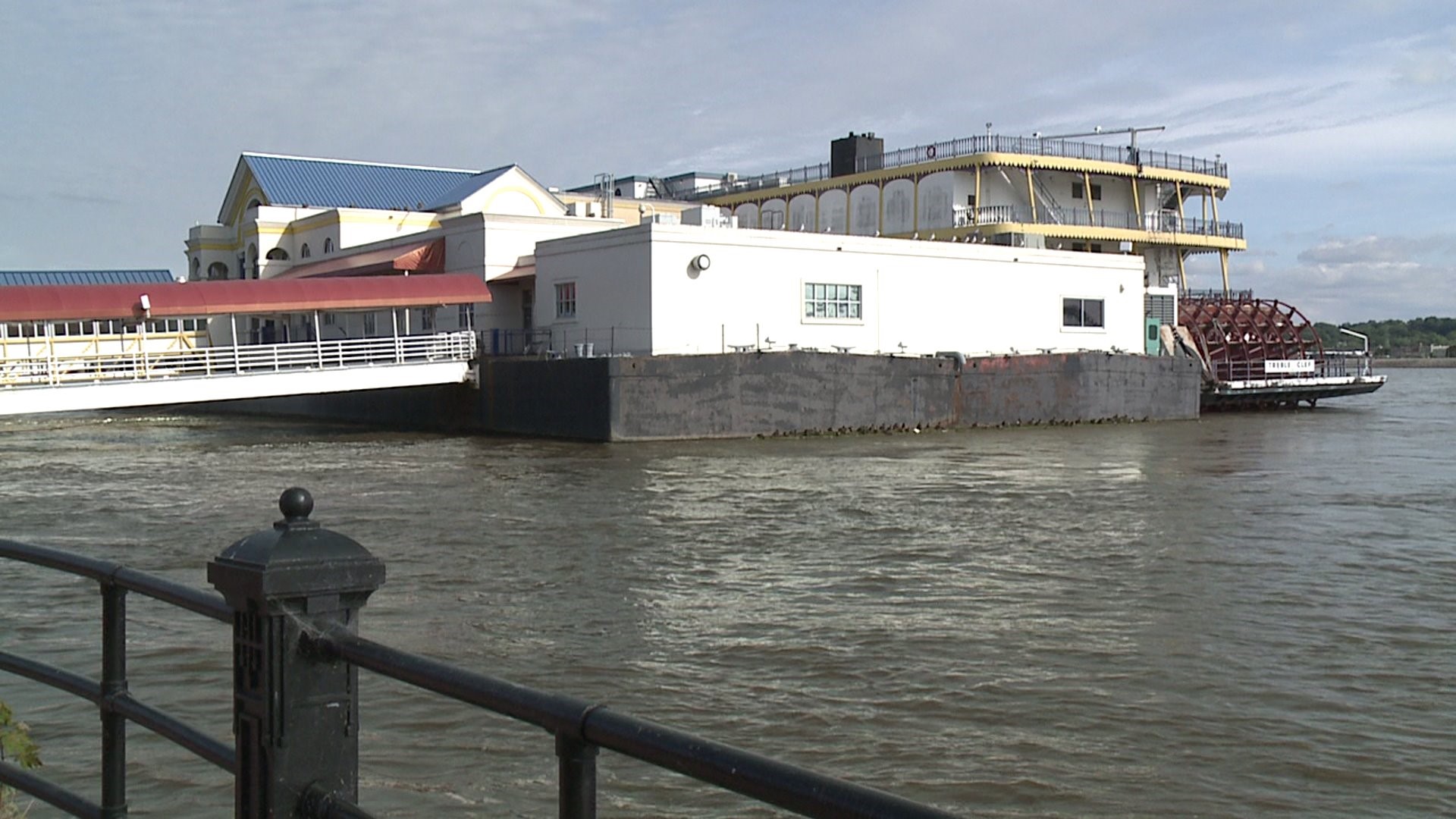 CLINTON, Iowa - The old Rhythm City barge on the Davenport riverfront could soon be donated and headed upstream, if the city of Clinton decides it's worth paying for.

According to Mo Hyder, general manager of Rhythm City, the barge has been offered to the city of Clinton. However, Chad Pregracke's Living Lands and Waters organization has also expressed interest, and likely would take the barge if Clinton chooses not to.

"Anything we can do for our riverfront to attract people to it, I think is a positive factor," he said.

Matt Brooke, Clinton's city administrator, said after looking at the numbers it would be a costly venture.  Moving the barge to Clinton and connecting it to sewer and water could cost the city more than $560,000.

"From tugging it up through the locks and getting here, is about $100,000 and then you have to have gas, electric, sewer water get that all hooked up and then we haven't even talked about getting inside of it," he said.

Brooke said he only sees it happening if someone is willing to invest in the barge, if not the cost to maintain it would fall on the city.

"You can't just have one or two conference center meetings a year, you won't make any money back on it, then we're paying anywhere from $7,000 to $10,000 a month to keep the heat on in the winter," said Brooke.

The Clinton riverfront currently has the Showboat Theatre and Candlelight Inn, Brooke said financially it may not be a good idea to add the barge.

"Is the juice worth the squeeze? It's gonna cost a lot of  money to move it, it costs a lot of money to set it up and in order to do that, are we willing to give up other projects for this," said Brooke.

Brooke will present the numbers to the council at the Committee of the Whole meeting on Tuesday, March 28.

From that meeting the council will decide to move it to the council agenda on April 11, 2017.

Chad Pregracke from Living Lands and Waters said he will take the barge if he's offered it.