Originally, the barge was to be gone by the end of June. 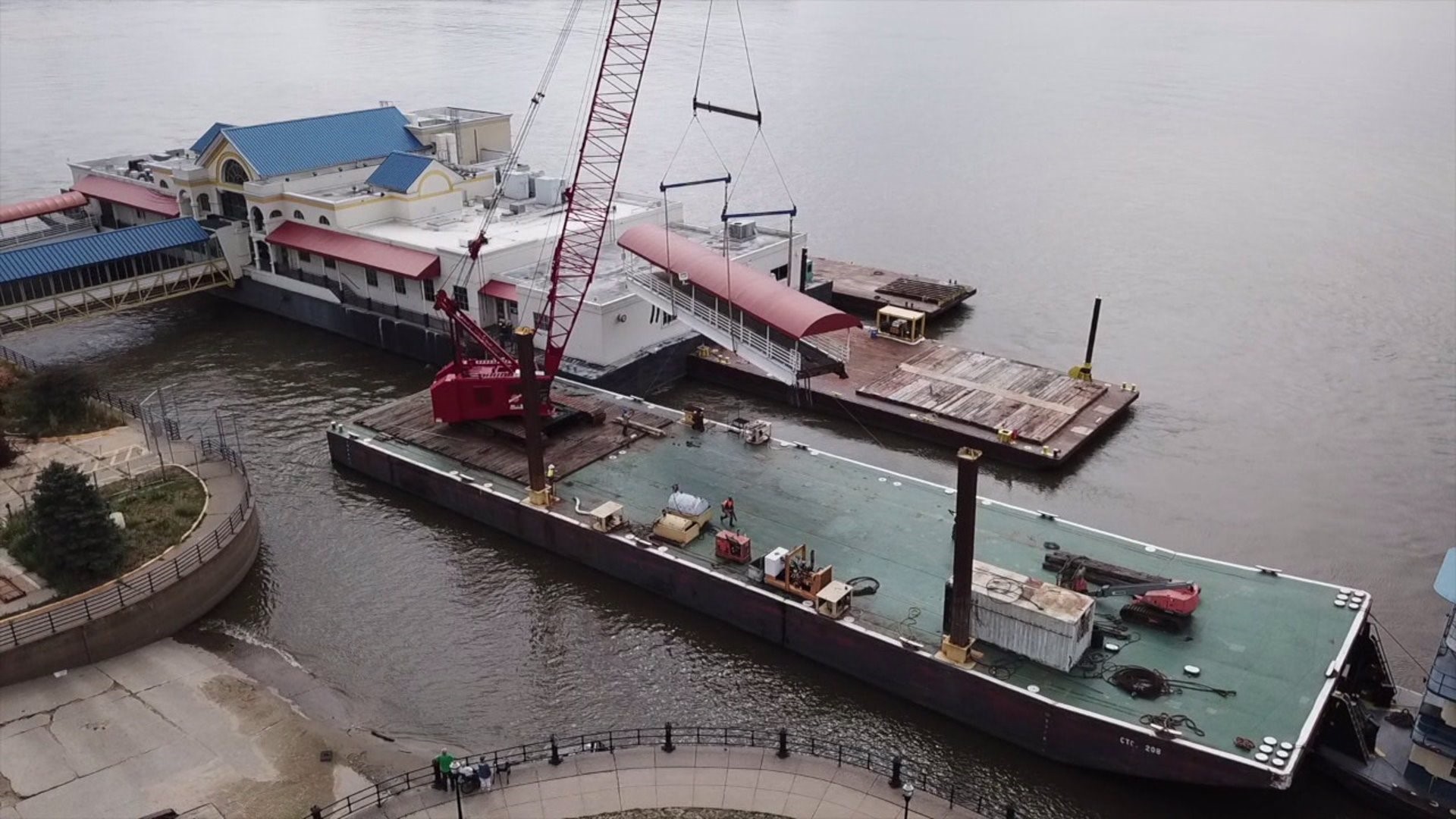 DAVENPORT -- After several starts-and-stops and a few frustrating delays, the former Rhythm City Casino barge and canopy is finally being dismantled and moved down to Keokuk, Iowa.

Around a dozen people stood on the riverfront watching as crews from Newt Marine worked to dismantle the barge on Wednesday, Aug. 30, about two months later than the project was scheduled to be complete.

"It's really exciting, I think that the hard thing is is that there's so many different things that this barge can be for the community and there's a lot of excitement surrounding it," said Aaron Burnett, Keokuk City Administrator.

Plans for the barge aren't finalized, but Keokuk officials are looking to use it as a multi-use riverfront space.

The cost is being paid through the city's hotel/motel tax fund.

The barge is expected to leave the Davenport riverfront in the afternoon on Friday, September 1st and arrive in Keokuk on Monday, September 4th.