Creating jobs is one of her top goals, but when it comes to Jumer’s Crossing on Big Island, U.S. Representative of Illinois’ 17th District Cheri Bus... 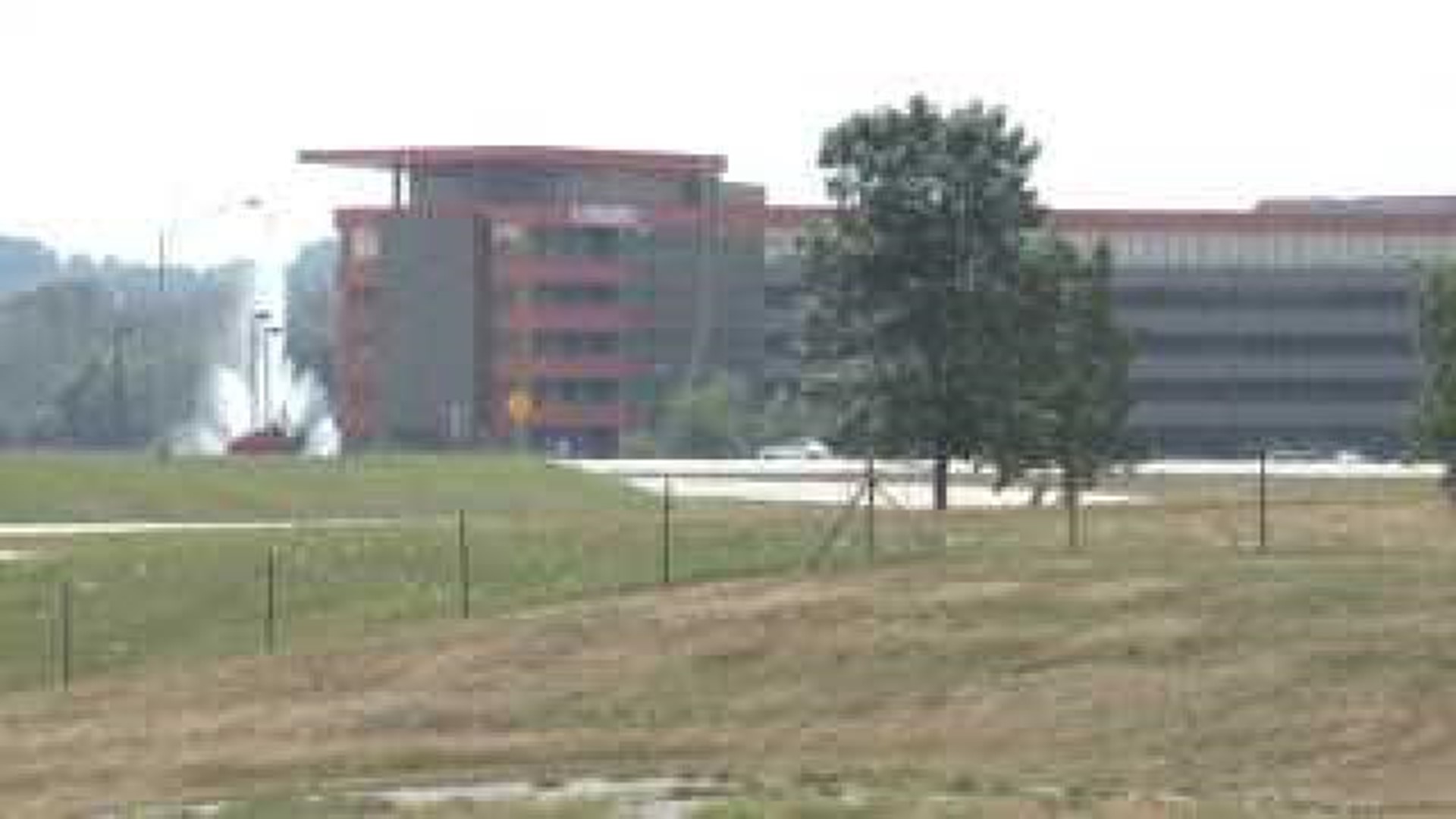 Creating jobs is one of her top goals, but when it comes to Jumer's Crossing on Big Island, U.S. Representative of Illinois' 17th District Cheri Bustos says there's something even more important to consider.

On Wednesday, August 28th, 2013, Rep. Bustos met with local leaders for a regional roundtable to discuss the economy.

"We still have an economy that is slowly recovering," she told News 8's Angie Sharp. "Our unemployment rate is still higher than we want it to be and so we've got to look at ways to collaborate."

While the group of nearly two dozen spent the day working together, two other groups are divided over a major project making headlines this week.

"We're fully committed to this beneficial development that is an opportunity to deliver an increase in jobs, tourism, and retail shopping options, sales tax revenue, property tax revenue, and it's going to help the schools, city, and county," said Mayor Dennis Pauley.

However, Big Island's levee is literally standing in the way. The city would like permission from the Corps of Engineers to modify the levee so they can build an access road to the restaurant and shopping development, but since the levee is owned by the Village of Milan, permission has to go through them. The Corps of Engineers only requires 30% of the plan in the beginning, which Rock Island has submitted to Milan, but Milan's Mayor says he would like some more specifics before making a decision on whether to ask the Corps for permission.

"It doesn't look favorable to us at this point, because we're very protective of our levee," Mayor Duane Dawson told News 8 on Tuesday, August 27th, 2013. "We don't really want any changes to that levee, but if there is a program that would allow for that that we would be happy with, it's not out of the question."

Mayor Pauley said on Monday that if the Village of Milan doesn't cooperate, the city could may look at taking legal action.

"I don't think that's much in the spirit of cooperation of cities to have a press conference and announce they're going to sue another city because we're not doing what they want," says Mayor Dawson. "That levee is ours."

"I'm for job creation. We've got to improve our economy, but I don't want to jeopardize in any way people who live on Big Island or people who live in the Village of Milan, so there's always a balance."

She says both groups need to find that balance in order for Jumer's Crossing to be successful and work for everybody involved.

"The answers for anything is trying to find common ground and then taking it from there."

In separate interviews, Mayor Pauley and Mayor Dawson said they are willing to sit down and talk about the project. Either way, the Corps of Engineers will have to have the final say on if the levee can be modified.