Rebuilding progress slow but steady one year after EF3 tornado tears through Naplate and Ottawa, Illinois

“You don’t know what the future will bring other than we’re both here to talk about it,” says Mike. 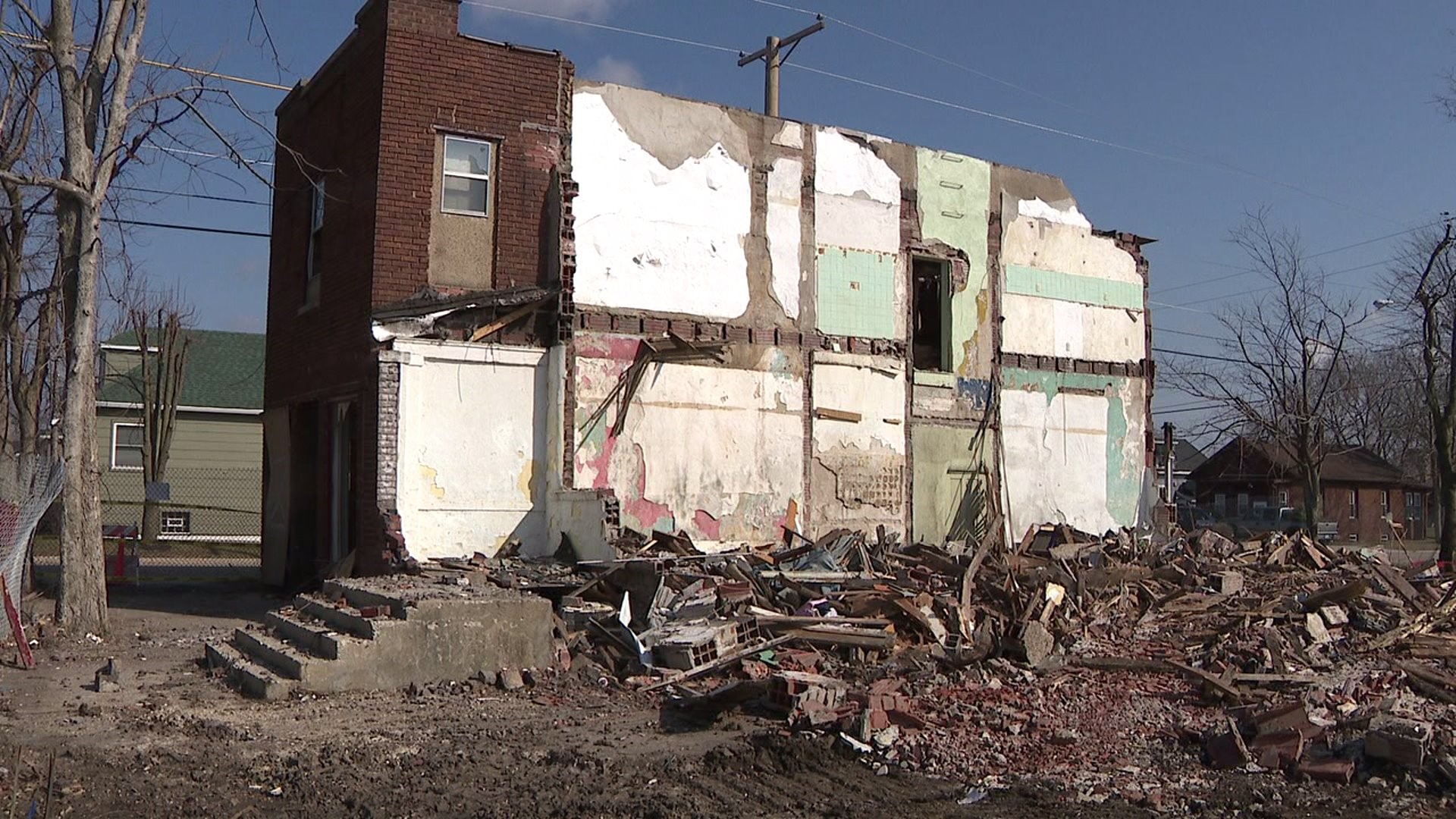 NAPLATE, Illinois-- Every coat colors Mike and Debbie Mcgrath's home with new life. In fact, it's some of the only life left on this lane filled with unwanted memories in Naplate, Illinois.

Mike remembers the day well. He says it felt a lot like it did on Wednesday.

One year ago, on February 28, disaster hit

"We had just put new siding, new windows, new doors, all the remodeling you do when you retire. A tornado took it away in about 45 seconds," says Mike.

An EF3 tornado tore through the town of Naplate and Ottawa, Illinois leaving dozens of buildings damaged, taking two lives.

A mud lot on the corner is where a church once stood.

"I had a couple nieces and nephews that got married here. I had a daughter, she was a flower girl," remembers long time Naplate resident Karen Jeffries.

Those residents who decided to stay ran into problems slowing down progress.

"There's really been no help from the state or federal, nothing like that. We didn't qualify for that," says Mike.

They now have to rebuild from the ground up with only each other to lean on.

"It's a nasty process dealing with insurance, contractors, dealing with the whole situation. It's frustrating," says Mike.

It's been a year of life these worn out residents will never get back. But there's visible progress popping up on every street.

"A lot of houses are gone. The ones that stayed got new siding, new roofs, colored ones," says Karen.

There's a resilient community, the people who lived to tell the tale.

"You don't know what the future will bring other than we're both here to talk about it," says Mike.

The mayor of Naplate, Jim Rick, died unexpectedly earlier this month. Neighbors say he was a driving force behind village recovery efforts.