A collector purchased them Tuesday for $437,500 for display in a private museum in Toronto. 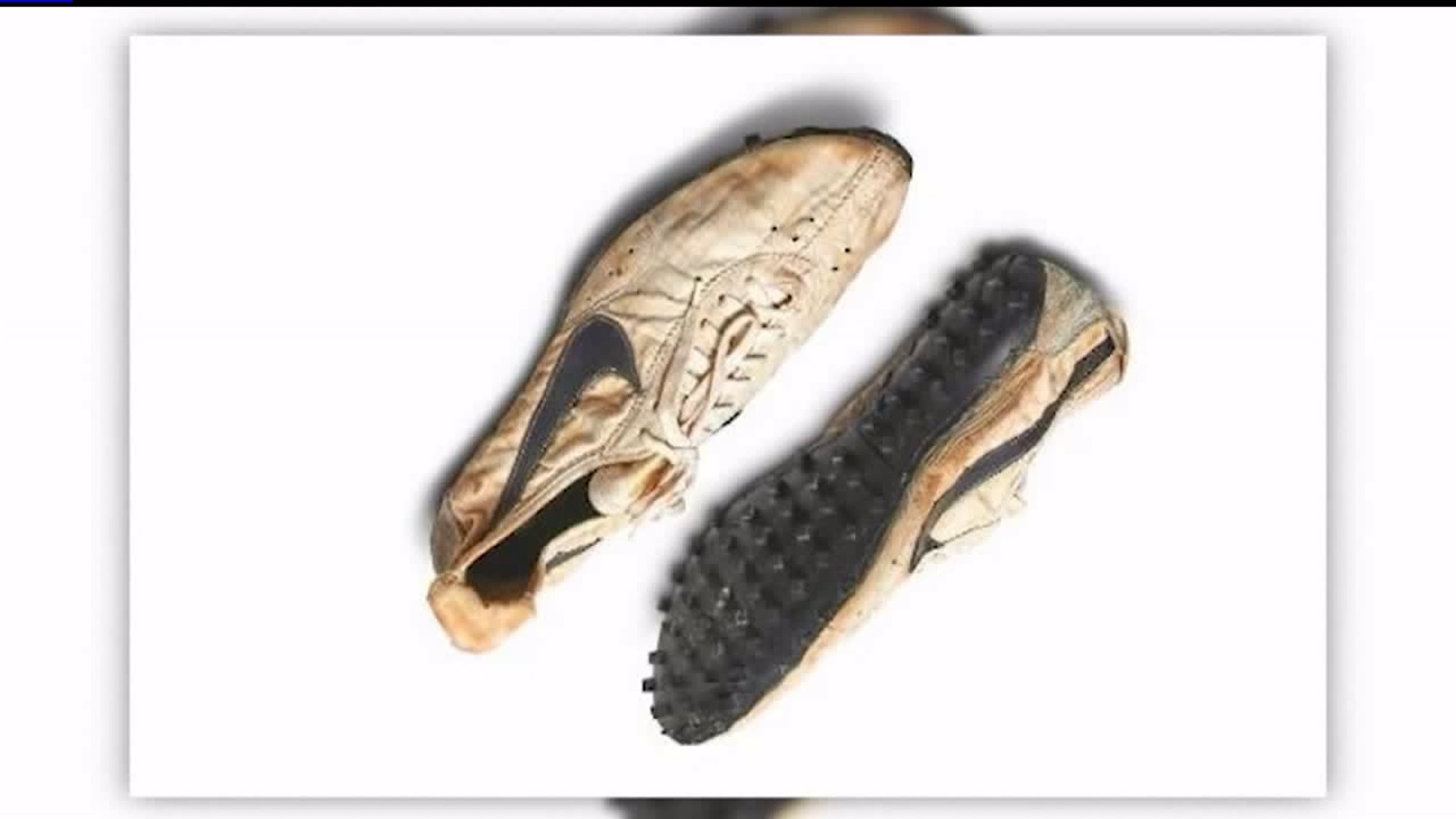 (CNN) -- A rare pair of Nike's "Moon Shoe" has broken the world auction record for a pair of sneakers, according to New York auction house Sotheby's.

Collector Miles Nadal purchased them Tuesday for $437,500, Sotheby's said. Nadal plans to display the sneakers at his private museum in Toronto, the Dare to Dream Automobile Museum.

The previous world auction record was set in 2017 at $190,373, for a pair of signed Converse that Michael Jordan wore in the 1984 Olympic basketball final, the auction house said in a statement.

The waffle-soled running shoes were designed by Nike co-founder Bill Bowerman for the 1972 Olympic Trials. They're one of 12 pairs ever made and the only known unworn set.

Bowerman was inspired to create the waffle sole traction pattern for Nike's early running shoes by experimenting with his wife's waffle iron, pouring rubber into the mold to create the first prototype of the sole, Sotheby's said.

The starting price for the Moon Shoe was $80,000, and the final sale price shattered the pre-sale estimate of $160,000. The shoes were part of Sotheby's "Stadium Goods: the Ultimate Sneaker Collection" online auction.

Last week, Nadal purchased 99 other pairs of rare sneakers from Sotheby's in a private sale for $850,000.