“They stayed there until their time was up, and then they would have been put down,” she said. 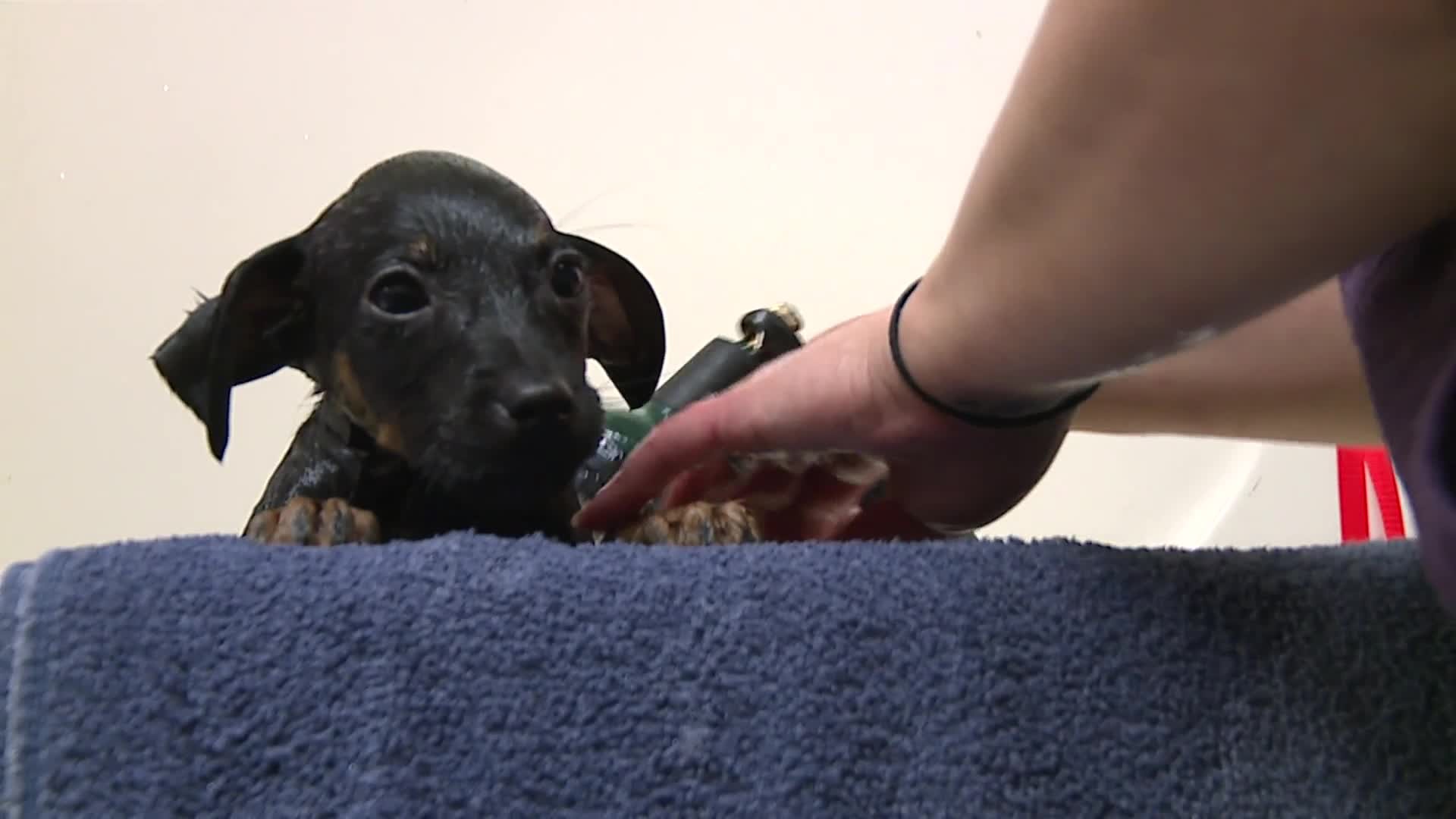 DAVENPORT, Iowa -- More than 20 dogs facing euthanasia at an Oklahoma dog shelter were given a second chance when they arrived at a Quad Cities rescue center by van Wednesday morning.

King's Harvest Pet Rescue in Davenport welcomed the puppies and adult dogs, getting them ready for adoption in time for the holidays.

"We're really hoping we can turn this around for these dogs and get them into a home for Christmas," said assistant director Rochelle Dougall. "Which would just really be fun and wonderful and exciting for the new family and for the pups."

The dogs came from the overflow facility at the Oklahoma shelter with no insulation and few resources to provide the animals with food and water. Dougall said their time at the shelter was running out.

"They stayed there until their time was up, and then they would have been put down," she said.

King's Harvest said the 22 dogs included five Yorkies, three Chihuahuas, two Miniature Pinschers and half a dozen other breeds of various ages. The pups will go to a foster home for a few weeks, while the older dogs are basically ready to be adopted into new home.

As the dogs came into King's Harvest for processing, technicians reviewed their health records, made sure they were up to date on their vaccines, and gave them a flea bath.

To learn more, contact King's Harvest at (563) 386-3117. Other shelters in the area are also getting dogs from Oklahoma, including To the Moon and Back Rescue. If interested in adopting, contact the Bettendorf shelter by emailing tothemoonandbackrescue@yahoo.com.