“The doctors gave me the option to terminate the pregnancy, but I knew that wasn’t an option for me. Holding her, they were wrong.” 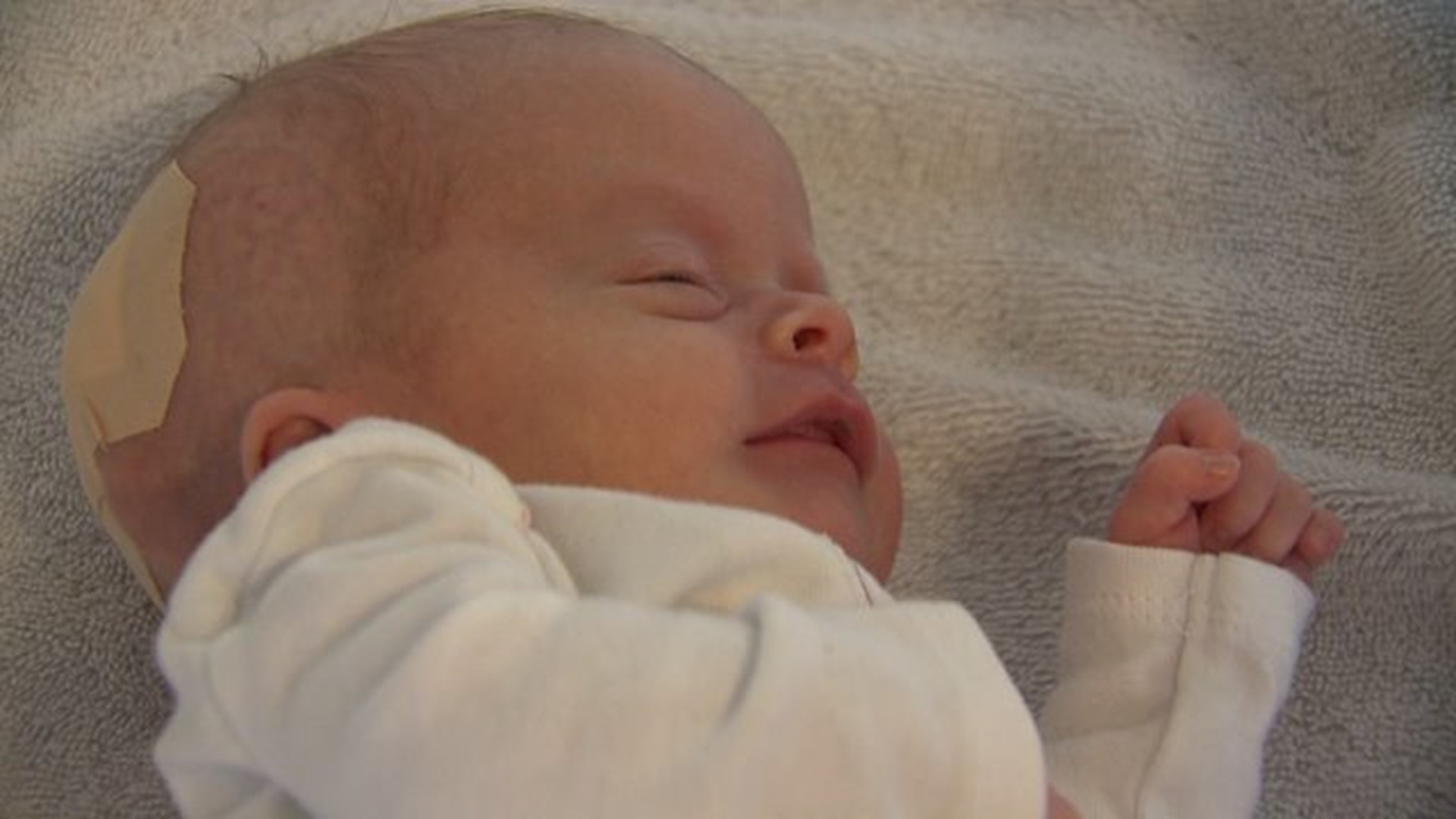 BETTENDORF, Iowa-- This mother has a new bundle of joy, and her name is Fiona Grace. Doctors said she would only live for two hours, but now she's two weeks old.

"She's just like a normal baby. She eats and cries and gets changed," says Fiona's mom, Autumn Dunn.

Weighing in at 6 pounds 4 ounces, Fiona's been a fighter since birth.

"We went from thinking we were going to have to plan her funeral to, we get to bring her home, and she's healthy for the most part," says Dunn.

A few months into Autumn's pregnancy, doctors told her and her husband the odds of her baby being born healthy were slim to none.

They said Fiona had Holoprosencephaly Semilobar or HPE, which meant her front lobe never separated. Fiona also had an enlarged heart and problems with a vessel and her liver.

And the problems kept coming.

"One of the last visits, there was fluid on her brain and that a portion of her brain was just missing because of it," says Dunn.

Autumn's nightmare was quickly turning into a full on horror story when the doctors told her this.

"If she did make it to labor, it would make her heart stop, and she would die," says Dunn.

With nowhere else to turn, Autumn and her husband prepared for the worst.

"Just a few days before, we had my mom's funeral. So my dad and I were planning on buying two plots so that they could be next to each other. The doctors gave me the option to terminate the pregnancy, but I knew that wasn't an option for me. Holding her, they were wrong," says Dunn.

With a strong faith in God behind her, on January 3, Fiona Grace was brought into this world without making a sound.

"It was terrifying. And then I heard her first cry, and I just knew. I just knew she'd be okay," says Dunn.

Fiona was breathing, her heart was beating strong, and her brain showed no sign of disease.

Since birth, Fiona's had surgery to drain a cyst on her brain. It's large, but it's not life threatening. She's home and is under a very careful watch, but doctors say she's doing well.

"She's proven time and time again that she can take it. She's so strong," says Dunn.

The fighter still has hurdles to cross in the road ahead. The cyst will likely be there for the rest of her life, and doctors say it could eventually cause blindness. But mom believes it's nothing the fighter can't handle with a little bit of hope.

"You have to keep following your heart and your faith. It's the only thing that got me through," says Dunn.

Fiona was born at the University of Iowa.

The family, who has three other children, is accepting donations and meals to help during this busy time. CLICK HERE to find more info on their Meal Train.