QC moms use the Internet to share breast milk

More moms are using the Internet to connect with breast milk donors — and putting their trust in women they’ve never met. 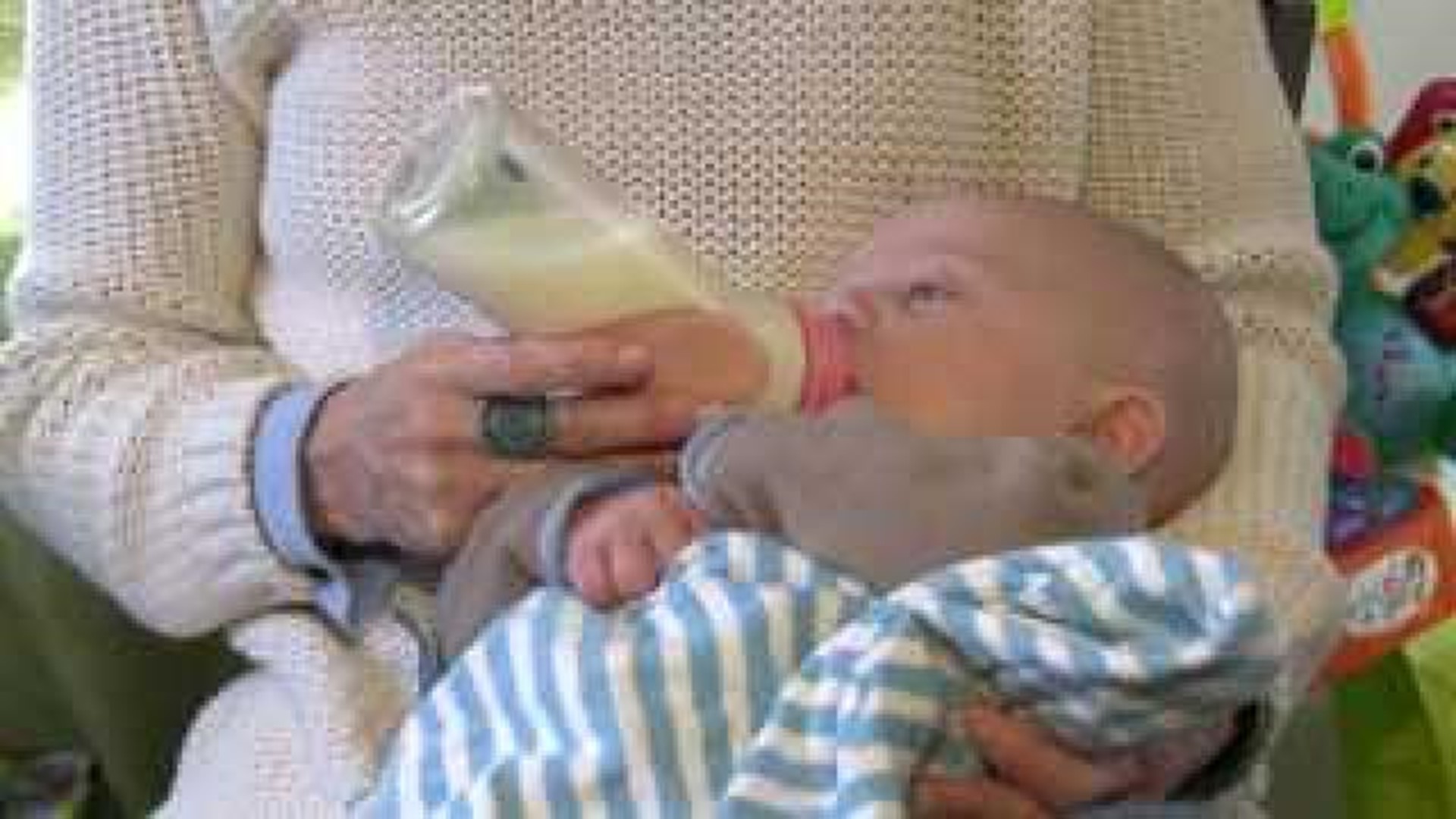 As the benefits of breastfeeding become well-established, more moms are taking measures to make sure their babies receive those advantages. When moms turn to the Internet to share breast milk, though, it could mean putting their trust in a woman they've never even met.

Jessica Houk was one such mom -- happily breastfeeding one baby when she got some unexpected news.

"There was a surprise pregnancy. So, when you become pregnant, your milk supply goes away, and so I needed to supplement with something; she was starting to lose weight. And that just seemed to be second nature," said Houk.

For Houk, it was second nature to turn to the Internet for breast milk. She used sites like Eats on Feets and Human Milk for Human Babies to connect with other moms wanting to share their milk.

"I had to reach out to people I didn't know, so it made it a little bit scarier. But I think you almost just kind of have that common bond as women, as mothers…. I was nervous, but at the same time I had that trust and it worked," said Houk.

It's how Houk discovered that she wasn't alone. All over the area, other moms, like Allison Roach and Melissa Maranda, were looking for the same thing -- donor breast milk.

"It did take an initial period of time to kind of get over the idea of somebody else's milk, but I have to always remind myself that I think it's a lot better than what they put into powdered formula. It's like second nature to us now," said Roach.

“It opens up the doors… If you’re selling it per ounce, how do you really know that each ounce is human milk? That there isn’t something else added to it?” asked Jean Drulis, co-founder of the Mother's Milk Bank of Iowa.

That's why the FDA has gone on the record against feeding your baby breast milk acquired directly from other people or through the Internet.

At the Mother's Milk Bank, a pasteurization process makes sure each ounce is free of Hepatitis, HIV, and other diseases that can pass through human milk. That sterilization, though, comes at a cost -- sometimes up to $4 an ounce.

"You have to have a prescription, and even then insurance rarely covers it. They just make that price so unattainable for normal families," said Houk.

It's why moms like Houk, Roach, and Maranda all turned to the Internet, and why they've developed their own screening method in the process. Some ask their donors for a medical history, and many like to meet the other women first.

"We talk about her health, and what she ate, and whether she smokes, what she drinks," explained Maranda.

In the end, though, it all comes down to trust.

Informal milk sharing also allows donors to form a bond with the babies receiving their milk, and sometimes even watch them grow up.

"It just feels like you're almost co-parenting with this person, you know. As Jessica said, it takes a village," said Maranda.

For them, milk sharing is not only normal, it's natural.

"I feel like a lot of the taboo part of it comes from the fact that as a society, we've sexualized breasts and breastfeeding, and it really isn't so. Whether its from the mother or someone else, it's really what is best for the baby, and I think sometimes people get offended that it's not the choice that they would make," said Houk.

It's why Jessica's now paying it forward herself, answering posts from other moms and sharing her own milk with them.

"I trusted my gut, and that's a lot of what mothering is, trusting your instincts. That's if you're using formula, or any choice that you make for your child. It's going to be instinct-based," said Houk.