Puerto Ricans leave for US mainland as storm woes linger

Lourdes Rodriguez fled Puerto Rico after Hurricane Maria filled her home in the northern town of Vega Baja with mud, ruining mattresses and other belongings. Sh... 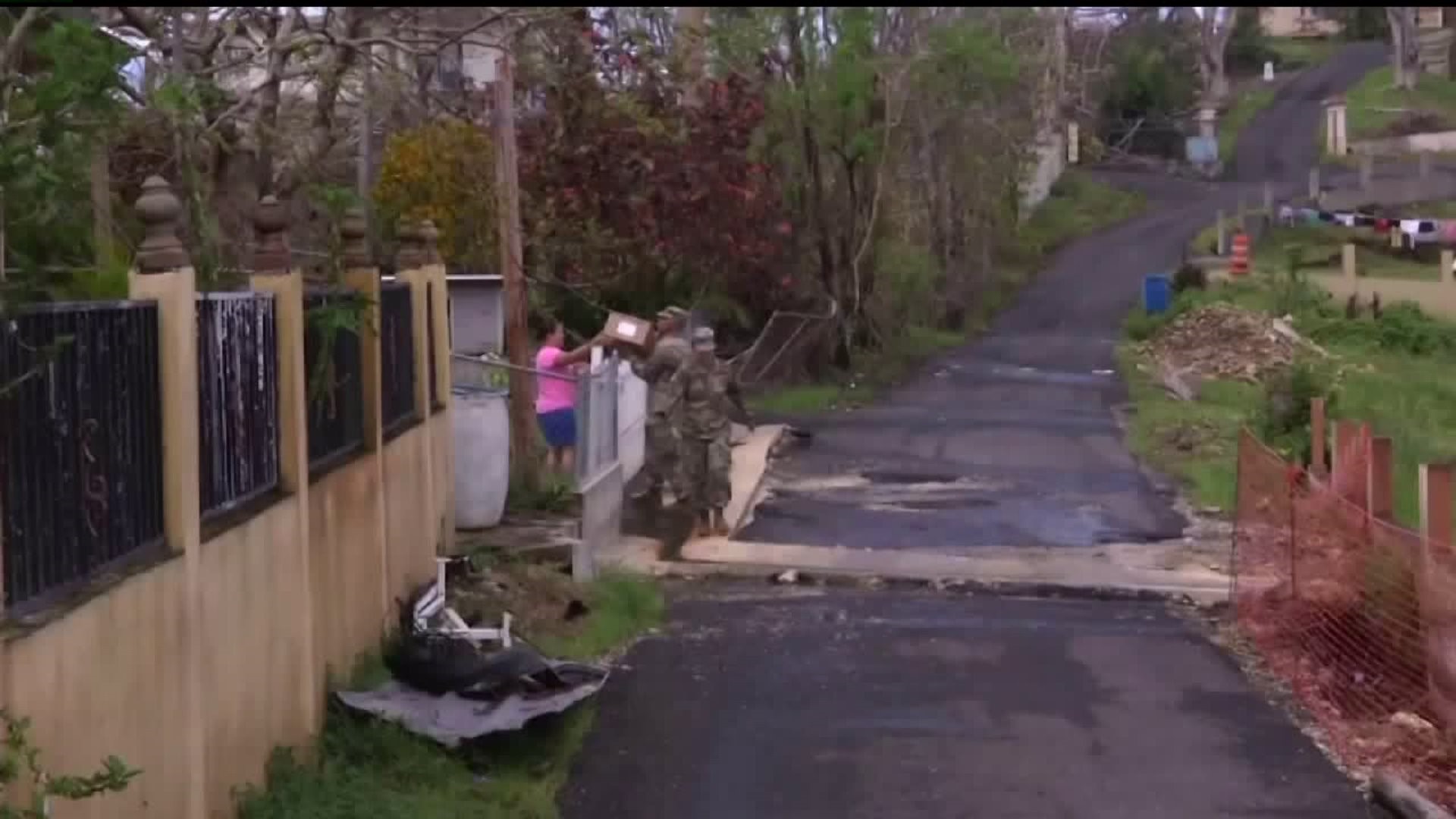 MIAMI (AP) — Lourdes Rodriguez fled Puerto Rico after Hurricane Maria filled her home in the northern town of Vega Baja with mud, ruining mattresses and other belongings. She thought it would be a short stay with her daughter in Florida, but three weeks later there's still no power or water back home.

"We're going to be here indefinitely," the 59-year-old retiree said in an interview at the daughter's home in Tampa. "It's been crazy, totally unexpected, like nothing I've experienced before."

In San Juan, Efrain Diaz Figueroa, 70, sat listening to a battery-powered radio amid the wreckage of his home, its walls collapsed into the yard and clothes and mattresses soaking in the rain. A sister was coming to take him to family in Boston: "I'll live better there," Figueroa said.

Tens of thousands of islanders left for the U.S. mainland to escape the immediate aftermath of the storm. With conditions back home still grim — about 85 percent of residents still lack electricity and 40 percent are without running water, and neither is expected to be fully restored for months — many find themselves scrambling to build new lives away from the island.

Particularly in states with large Puerto Rican populations, such as New York, Illinois, Florida and Connecticut, people are bunking with relatives while trying to find longer-term housing, jobs and schools for their kids.

"I am in limbo right now," said Betzaida Ferrer, a 74-year-old retiree who moved from Miami to Puerto Rico in July and now finds herself back three months later, only this time without a place of her own. She is trying to find a job that will let her afford $1,300 in monthly rent, more than double what she was to pay back home.

"To be in a situation like this where you need help is horrible," said Ferrer, who is staying with friends and taking a three-hour a day job training program.

There have been several major migratory exoduses from Puerto Rico to the mainland over the years, most recently during the past decade when the island's population shrank by about 10 percent because of a long economic slide that shows no sign of easing anytime soon.

Hurricane Maria struck Sept. 20 and, according to the latest figures from the island government, killed at least 45 people. It also created a new surge that could have lasting demographic effects on Puerto Rico and on the mainland.

"I think that we could expect that people who did not plan to stay permanently might do so now," said Jorge Duany, a professor of anthropology at Florida International University who has long studied migration from the island.

Many of those who left are elderly or sick people who fled or were evacuated because of the dangers posed by living on a tropical island with no power or air conditioning and limited water for an indefinite period of time.

The exodus has been exhausting for people like Madeline Maldonado, who stayed in a hotel in New York caring for two granddaughters before going to a friend*s house in Washington.

"I need to get back to my homeland," she said at the hotel with the two girls, ages 9 and 13, though it's not clear when that may be possible.

While Puerto Ricans have grown accustomed to severe weather and hardship, the extent of this storm's devastation has been more than many could bear.

"We experienced something similar with (Hurricane) Hugo more than 20 years ago. Then came (Hurricane) George," said Carmelo Rivera, a 78-year-old from the central town of Caguas who is staying with relatives in Long Island, New York. "But nothing has been as hard as Maria."

It's too soon to know exactly how many have decamped for the mainland, but Florida says more than 20,000 have come to the state since Oct. 3. There were already about 1 million Puerto Ricans in the Sunshine State, second only to New York.

Law schools including Florida A&M and the University of Connecticut have agreed to accept students from Puerto Rico. Miami-Dade County Public Schools have offered to adapt the curriculum and change bus routes to help evacuee children. Florida Gov. Rick Scott has said displaced teachers won't have to pay for certificates to work in his state and ordered that licensing fees for certain professionals such as real estate agents and barbers be suspended for people fleeing the storm.

Still, it's a tough transition for many.

Rodriguez said her family is trying to figure out whether they need to sell their house. They don't want to, but may have no choice if they are to survive and build a new life Stateside. After initially staying at her daughter's home, she, her husband, another daughter and two grandchildren now are all living crammed into a two-bedroom rental apartment.

Rodriguez said they had considered moving to the mainland before, but they never imagined it would be under such dire, forced circumstances: "It's just been a desperate situation."