Pro-Trump states most affected by the president’s executive order 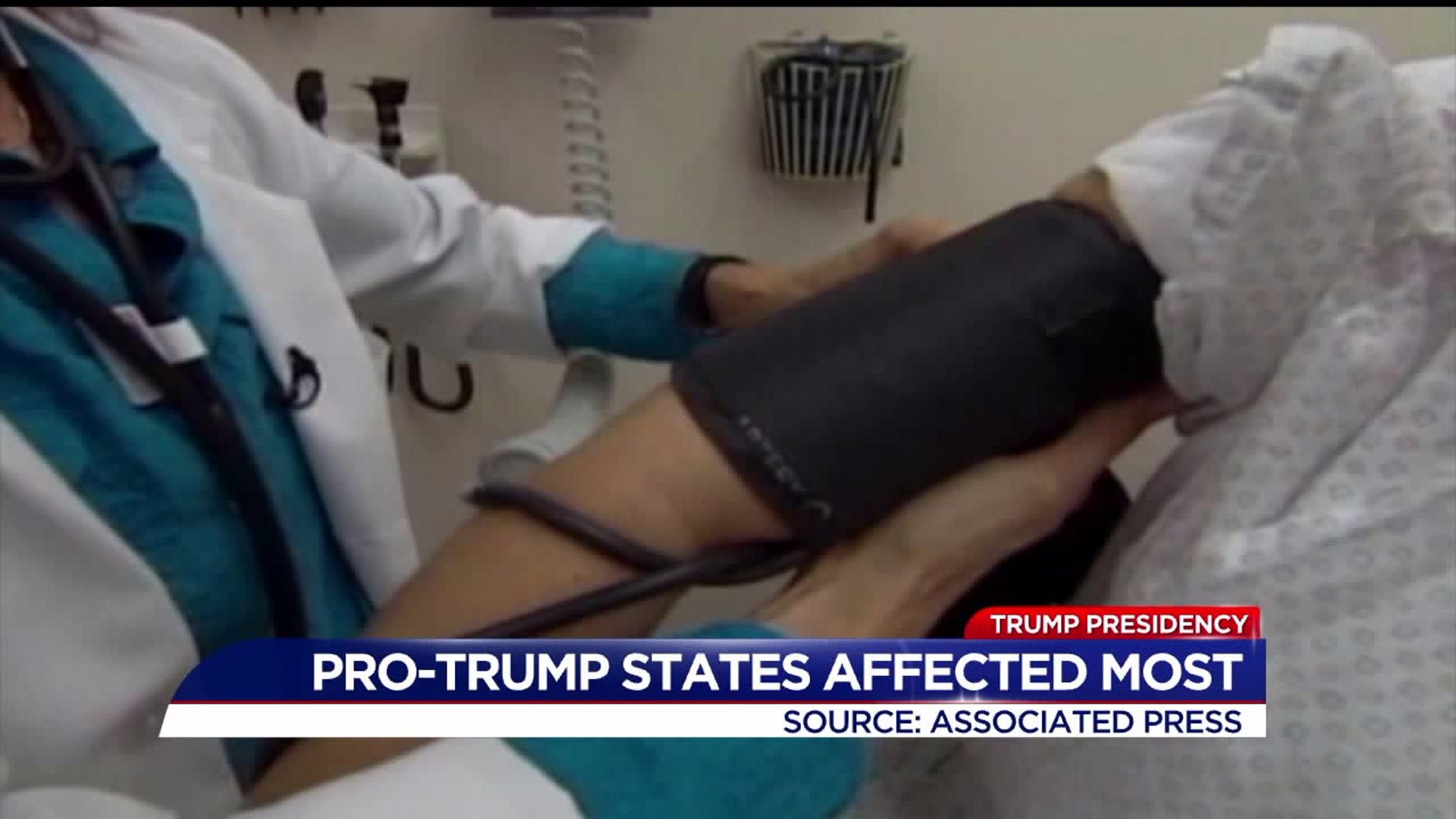 Nearly 70% of people benefiting from the so-called "cost-sharing subsidies" live in states Trump won last November, according to an analysis by the Associated Press.

The subsidies are paid to insurers by the federal government to help lower consumers' deductibles and co-pays. People who benefit will continue receiving the discounts, but to make up for the lost federal funding, health insurers will have to hike up the price of premiums, potentially putting coverage out of reach for some Americans.

The Congressional Budget Office says by ending payments, the number of uninsured people will increase by one million next year and premiums will go up 20%.

Trump told a room of conservatives last week, "We're going a little different route. But you know what? In the end, it's going to be just as effective and maybe it'll even be better."

Moving forward, Congress has a lot on their plate. Over the next two months, they're not only dealing with health care reform, but also writing a budget, revising the Iran Deal, and trying to pass tax reform.