Police seek suspects in slaying of Sikh businessman from Annawan

Authorities are still investigating the brutal slaying of an Illinois businessman and the motive behind the murder mystery. Satwinder Singh Bhola had his throat... 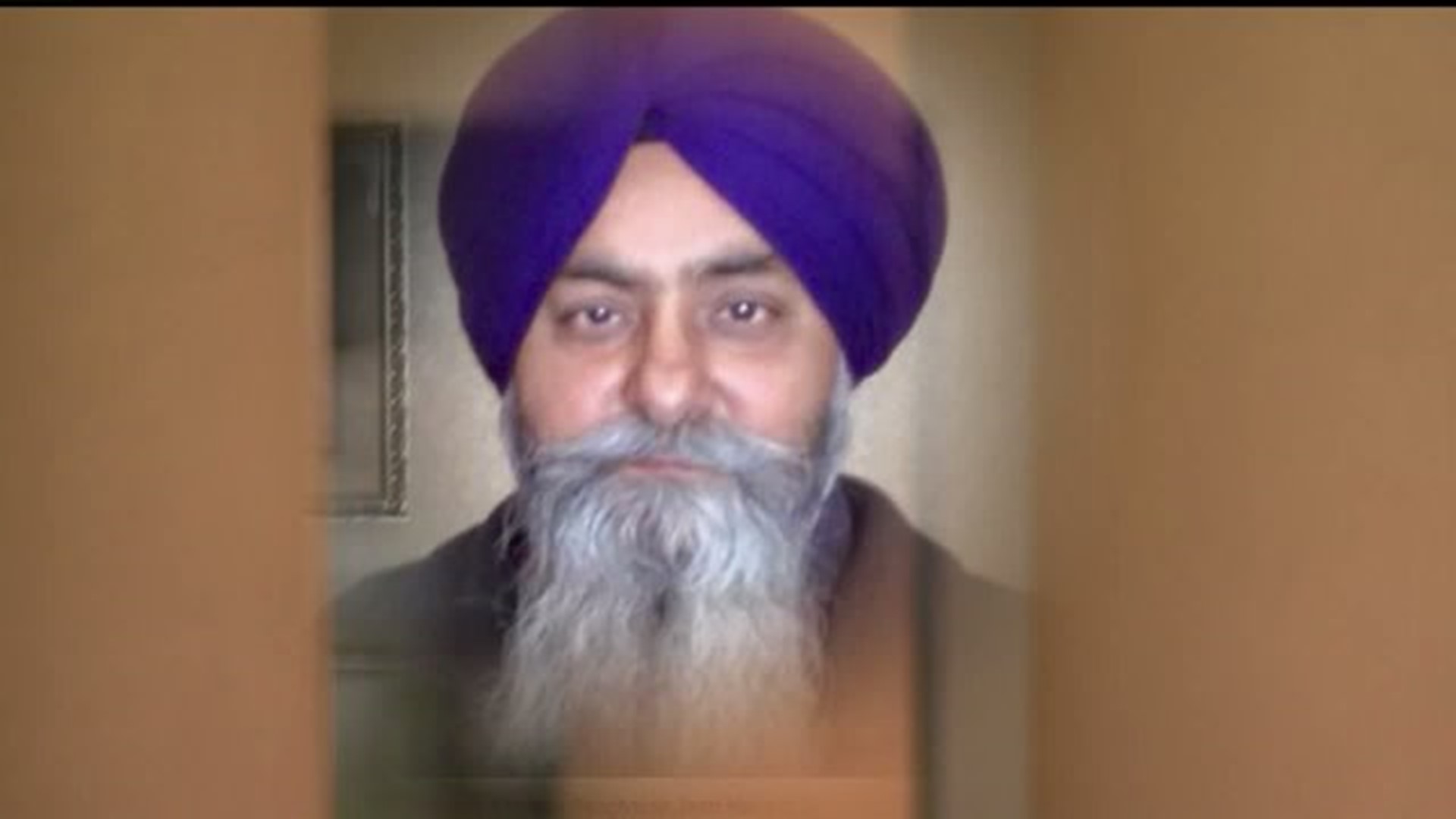 Authorities are still investigating the brutal slaying of an Illinois businessman and the motive behind the murder mystery.

Satwinder Singh Bhola had his throat cut just after midnight on Monday outside of his apartment in Peoria.

"He was on his way  home from work right outside his apartment building. He was attacked. From what we were told he was stabbed," said his eldest daughter, Geena Kaur.

Kaur says witnesses have told police they heard a scuffle and saw two assailants running away from the scene. One neighbor attempted CPR on Mr. Singh, but it was too late.

Robbery was not the motive.

His family remembers him as a kind, caring man who saw the good in everyone.

"He loved his family dearly and he had the most generous heart. He would help anyone and everyone," she said.

Singh, 52, owned businesses in Peoria, but had called Annawan, Illinois home the past 7 years.  He and his wife owned the Best Western Hotel in the small farm town.

He was also the son-in-law of Surat Singh, a prominent Sikh activist who is making headlines in India. The 82-year- old launched a hunger strike in Punjab in January, a peaceful protest of the detainment of 82 Sikhs being held in prison years after their release dates.

"There's human rights violations going on in India, prisoners that are behind bars who have completed their sentences and are not being released, some in prison since the 80's," Kaur said.

The motive for the murder is still unclear, but remains the source of much speculation on social media worldwide.

Fr. Joshua Lickter of California, who has been a staunch supporter of Surat Singh Khalsa's hunger strike, released a statement questioning the motive behind the murder.

"The details surrounding his murder strongly suggest a connection between his death and his family's peaceful protests against the Indian government. I am both saddened and outraged by this senseless act of violence," he wrote.

Geena Kaur says her family is concentrating right now on services for their loved one.

"My grandfather, paired with what happened to my father. There's been a lot of speculation. Who knows? Who knows? All we know is we lost our father," she said.

Services for Mr. Singh will be held in Moline and Silvis, Illinois. His family still stunned how the man with the radiant smile and peaceful heart could die so violently.

"We've been reached out to from countries all over. England, Australia, India, Canada. Here in this country. My father was very well known and respected within our community, in our Sikh community. Sikhs all over the world have been sending their condolences, their support," she said.

So has their adopted community in Annawan.

"My father loved this town.  This town has been so gracious. So supportive," she said.

She and her family now hope for answers.

"That is our only prayer. That whoever did this, is brought to justice."