A police officer, a U.S. Army veteran who’d served in Iraq, and a woman who was the mother of two children were killed at a Planned Parenthood clinic in C... 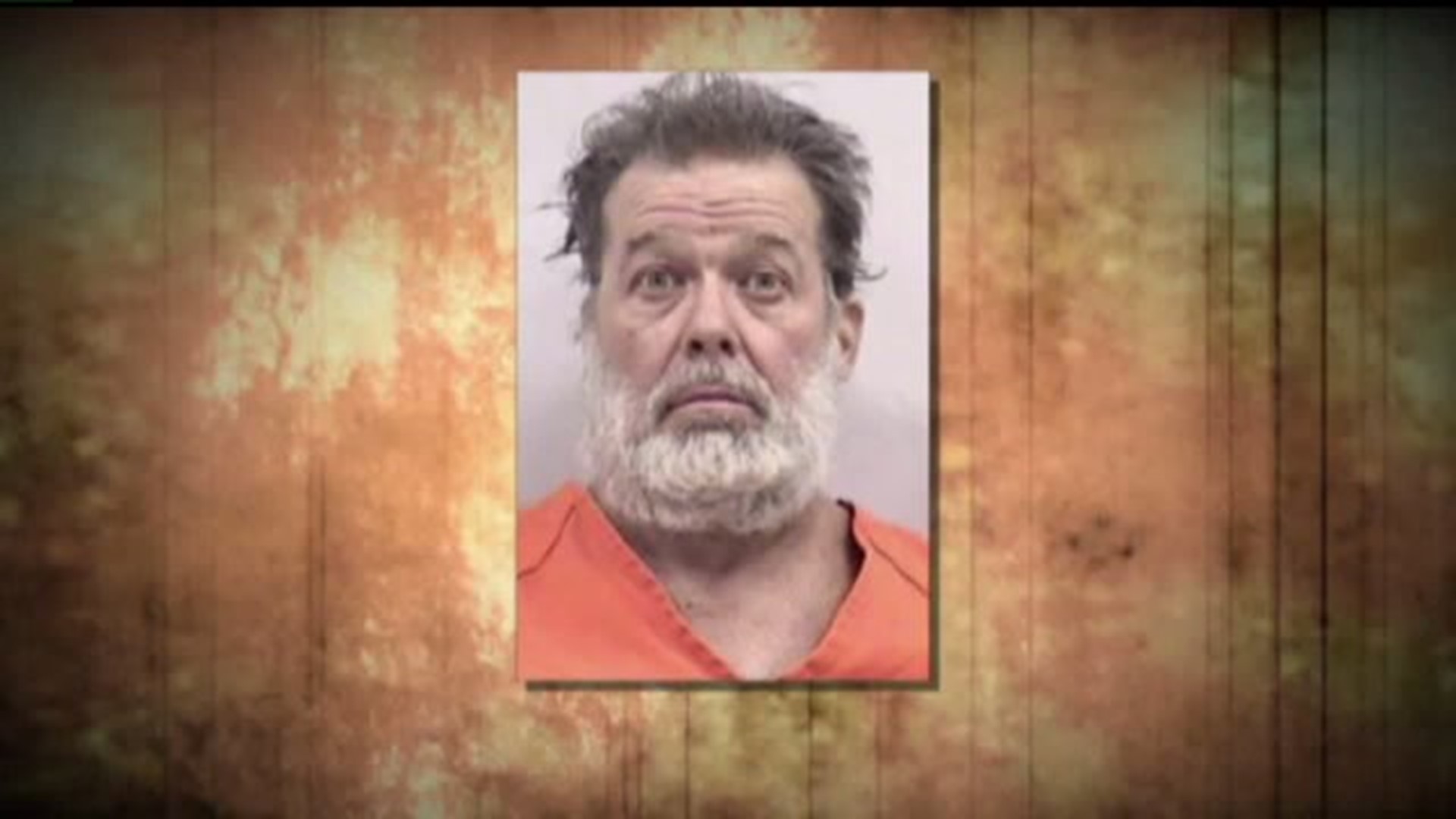 A judge advised Robert Lewis Dear, 57, that he's being held on suspicion of first-degree murder, a charge that could carry a minimum penalty of life in prison or a maximum penalty of death if he's convicted. The formal filing of charges in the case, and the next hearing for Dear, is set for December 9.

Dear, who's being held without bond, faced the judge via a video feed from jail. Daniel King, a public defender who's representing him and stood by his side throughout the hearing, also served on the defense team for convicted Colorado movie theater shooter James Holmes.

The closely watched case has already united even staunch opponents in the abortion debate.

Dear mentioned "baby parts" after the shooting and expressed anti-abortion and anti-government views, a law enforcement official briefed on the investigation said.

Investigators have not publicly disclosed a motive, but the mayor of Colorado Springs, John Suthers, said it can be inferred by the location of the attack.

U.S. Attorney General Loretta Lynch called it a "crime against women receiving health care services." Vicki Cowart, president of Planned Parenthood of the Rocky Mountains, was clear that she believes the shooter "was motivated by opposition to safe and legal abortion."

Nine people were wounded in the rampage, which brought common ground between Planned Parenthood's leadership and conservative presidential candidate Mike Huckabee: Both called it an act of terrorism.

"I think there's a lot of belief that this qualifies as a form of domestic terrorism," Dawn Laguens, Planned Parenthood's chief experience officer, said.

"What he did is domestic terrorism, and what he did is absolutely abominable -- especially to us in the pro-life movement, because there's nothing about any of us that would condone or in any way look the other way on something like this," Huckabee said.

There are indications the deadly rampage could have been worse. Authorities found propane tanks near Dear's car in the parking lot and believe he intended to shoot them to cause an explosion, the official said.

Dear is being held without bail in a Colorado Springs jail, according to the El Paso County Sheriff's Office.

He apparently lived in solitude in the Carolinas, then more recently in Colorado.

Over a decade ago, he had some run-ins with the law while living in South Carolina but was never convicted.

In 1997, Dear's wife accused him of domestic assault, although no charges were pressed, according to records from the Colleton County Sheriff's Office in South Carolina.

In 2002, Dear was charged with being a peeping Tom; those counts were dismissed.

In 2003, he was arrested and charged with two counts of animal cruelty, but he was found not guilty at a bench trial.

He later made his home in a hermit shanty in the mountains of North Carolina, CNN affiliate WLOS reported. It published a photo of a small, basic cabin in the woods of Buncombe County.

The Sheriff's Office there knew Dear from a single civil citation issued in 2014 for allowing his dogs to run wild.

Officer Garrett Swasey died along with two civilian victims in the hail of bullets. He was an elder in his church and a former champion figure skater.

Swasey was a University of Colorado-Colorado Springs officer who rushed to the clinic to help.

"There was no way any of us could have kept him here," UCCS Police Chief Brian McPike said. "He was always willing to go. ... He had an enthusiasm that was hard to quell."

The Melrose, Massachusetts, native "found his calling as a police officer," according to a statement from his family.

"Helping others brought him deep satisfaction, and being a police officer was a part of him. In the end, his last act was for the safety and well-being of others and was a tribute to his life," it said.

Stewart was a U.S. Army veteran who'd served in Iraq, his sister, Temprest Lloyd, told CNN. He was the father of two daughters.

Lloyd, who's spoken with police and the coroner about the shooting, said her brother called 911 during the attack and told others at Planned Parenthood to take cover.

"He was able to save a lot of lives and stop other people from possibly losing their lives, and I'm proud of him for that," she said.

Markovsky's father, John Ah-King, told KKTV that he was heartbroken.

"I couldn't believe it. I just messaged her Thursday to say Happy Thanksgiving," he told The Denver Post.

Sister-in-law Julia Miller told The Post that Markovsky was a stay-at-home mom who was devoted to her two children.

"She's just a really sweet woman that would do anything for everyone," Miller said, according to the newspaper.

Eight undercover videos released over the summer by anti-abortion activists have stirred caustic criticism against the reproductive health services provider. The controversy has reached the halls of Congress, where conservative politicians have demanded the group's defunding.

At least three of the organization's buildings have been vandalized since September, not long after the last video appeared.