The Start of Sunday’s Storm: A Closer Look at Pekin, Illinois

Pekin was among towns in the path of tornadoes that tore across Illinois on November 17, 2013. 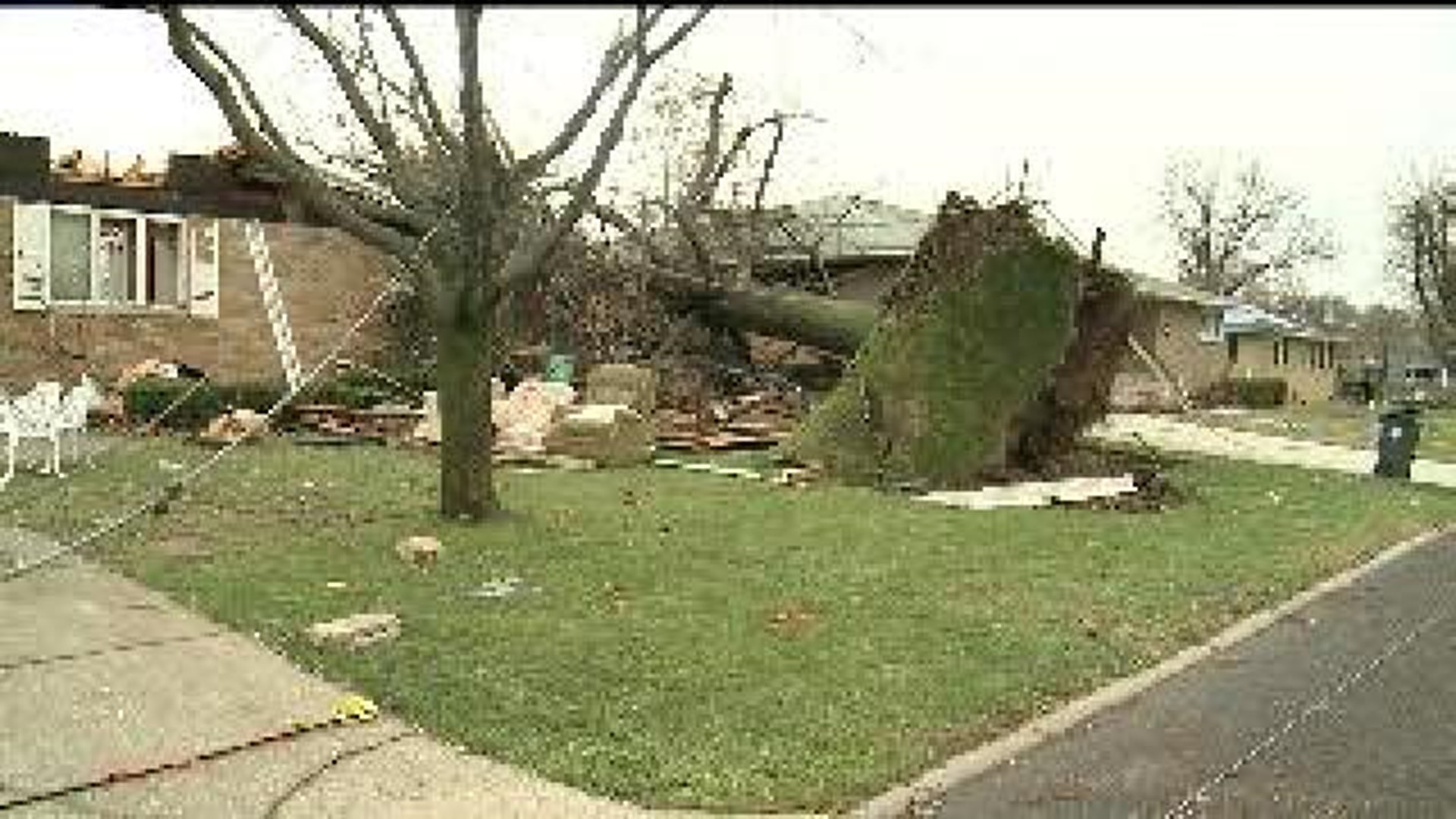 Before a deadly tornado touched down in Washington, Illinois on Sunday, November 17th, 2013, it started more than 20 miles southwest in Pekin, Illinois.

Ellen Vanda says she wasn't home, but at church when the tornado tore through her neighborhood at 60 miles an hour.

"Somebody came up and said 4th and Sheridan in Pekin has been severely his," she told News 8 on Thursday, November 21st, 2013.

"We had heard from someone that the storm had hit lower Sheridan Road and that was our area we lived in so we came directly here," said Charles Phillips, who lives in Vanda's neighborhood and also was at church that morning.

Both say coming home was devastating.

"All the windows are gone and most of the roof is gone," he said. "It's just terrible."

More than two dozen homes in Phillips' and Vanda's neighborhood were damaged. Officials say 100 homes were damaged throughout Pekin. On Thursday, November 21st, 2013, the town was abuzz with the sound of chainsaws and staple guns as crews cut down trees, fixed roofs, and cleared up debris.

"Chaos," described Phillips. "Total chaos. We didn't know what to do, but finally we're getting things done."

Phillips says he plans to rebuild and Vanda hopes her other neighbors will do the same. Vanda's house was relatively untouched compared to those around her, but she said her life will never be the same.

This is third tornado Pekin has experienced in less than 20 years. The first two hit the south end of town, which many residents call "tornado alley." However, this third one hit the north side.

The Start of Sunday’s Storm: A Closer Look at Pekin, Illinois

EARLIER STORY: Pekin was among towns in the path of tornadoes that tore across Illinois on November 17, 2013.

The National Weather Service office in Peoria said the first tornado to touch down in Illinois struck 1.25 miles northwest of Pekin at 10:52 a.m. that day.

The tornado was 100 yards wide and traveled 2.5 miles before it lifted two minutes later.

The tornado that struck Pekin was rated an EF-2.  The NWS said the peak wind speed of the Pekin tornado was 120 miles per hour.

Moments later, a tornado rated an EF-4 slammed Washington, Illinois.  That tornado was estimated to have spent 48 minutes on the ground, covering a path of 46.2 miles through Tazewell and Livingston counties.