ROCK ISLAND, Illinois — An officer with the Rock Island Police Department is getting a little recognition for helping out a fellow Quad Citizen. A photo t... 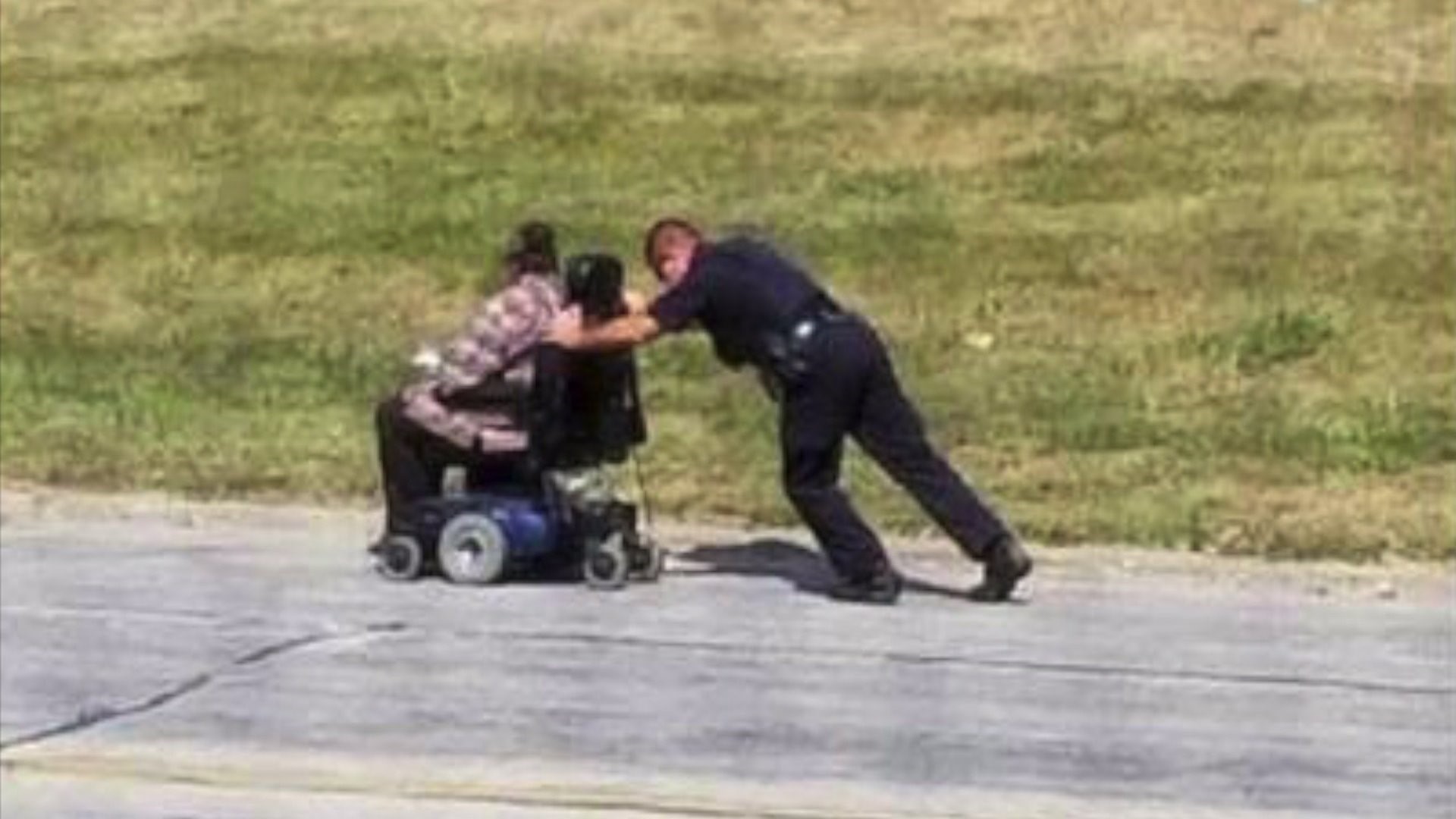 ROCK ISLAND, Illinois -- An officer with the Rock Island Police Department is getting a little recognition for helping out a fellow Quad Citizen.

A photo that surfaced on Facebook applauded an officer, who the department identified as Officer Nichols, for helping push a broken-down electric wheelchair up a hill.  The good deed happened on 31st Street, where the officer pushed the woman out of the hot sun and waited for help.

Officer Tyson Nichols says he was just responding to a call about a woman in a wheel chair who needed help.

"She had missed the wrong bus, she needed to get to a doctors appointment and her wheel chair was not functioning," said Officer Nichols.

He contacted Metro Bus and knew he needed to get her up to the top of the hill, closer to the bus stop.

"It kinda comes naturally with the territory as a police officer, you naturally, instinctively do things that you're supposed to be doing," said Nichols.

Officer Nichols had no idea someone was watching him that day, later sending the photo to the Rock Island Police Department.

"It was a nice little feeling, you know, that somebody recognized us and was able to turn it into the police department and give us some positive recognition," said Nichols.

For Nichols it was a small token of his time to help someone in need.

More than 100 people "liked" the post and several people shared it as well.

Related:
Chicago cop saves life of man who collapsed on basketball court
Cop donates kidney to child after seeing Facebook post
Cops drive drunk man home, take selfie with him so he knows how he got there
Dixon, Illinois might have the most fun cops in the Midwest
Noise complaint over kids playing basketball launches national project