The Jackson County Chief Deputy says his jail has been called one of the worst in the state by the state jail inspector. 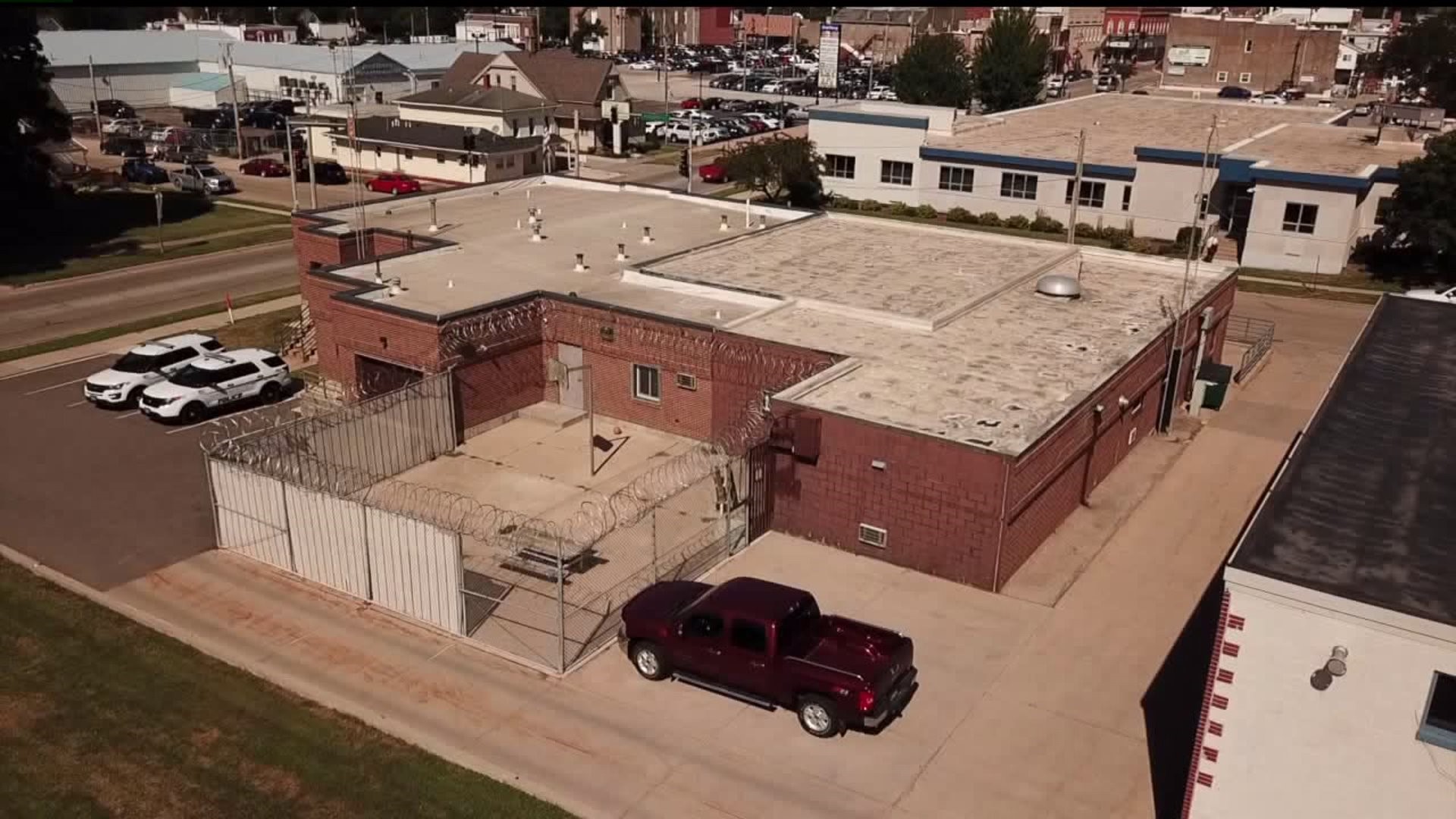 The polls were open for the vote on Tuesday, August 6 until 8 p.m. You can always find your polling place by visiting the Iowa Secretary of State website and entering your address.

Once the votes were counted around 8:30 p.m. Tuesday, August 6,  the results clearly showed a majority voting yes for the new jail, however, a 60% majority was needed to allow the jail to go forward. The new jail will not be built at this time.

MAQUOKETA, Iowa-- For the second time in recent years, Jackson County residents will have the chance to vote on a new county jail next week. This time, the Jackson County Chief Deputy says the county will get more for its buck.

"We sat down and looked at the old design, and came up with a different design that was able to accommodate more people for less money," Chief Deputy Steve Schroeder says.

Last year, a bond referendum vote failed on a proposed $7 million jail. This time around, people will vote on a $6.495 million jail that would house more inmates.

The jail would be built on a piece of land across from the Walmart in Maquoketa. It could house 50-74 inmates and would meet current state standards.

"If you look at the numbers historically that we've had, our numbers are going up," Chief Deputy Schroeder says. "You don't build a jail for 10 or 15 years down the road. You build it for 30 or 40 years."

Chief Deputy Schroeder says the current jail was built in 1971 and is too small and unsafe. He says it fails to meet some state standards and says the state jail inspector has called it one of the worst jails in the state.

"If we don't build a new jail, there's a high probability we'll get shut down by the state," he says.

And if that happens, Chief Deputy Schroeder says Jackson County inmates will have to be housed in other counties, costing at least a million dollars a year.

"Our number one concern is the safety of our staff," he says. "There's a lot of liability riding on this jail."

Chief Deputy Schroeder acknowledges that people's property taxes will go up if the bond referendum passes. For example, on a $150,000, a homeowner would pay $33.66 more a year over the 19 years of the bond. Schroeder also says the department won't have to hire more people to run the new jail.

Polls will be open for the vote on Tuesday, August 6 from 7 a.m. - 8 p.m. You can find your polling place by visiting the Iowa Secretary of State website and entering your address.