ROCK ISLAND– A record breaking hot temperatures are not enough to stop people in the Quad Cities from enjoying themselves outside. For Pee Wee’s Res... 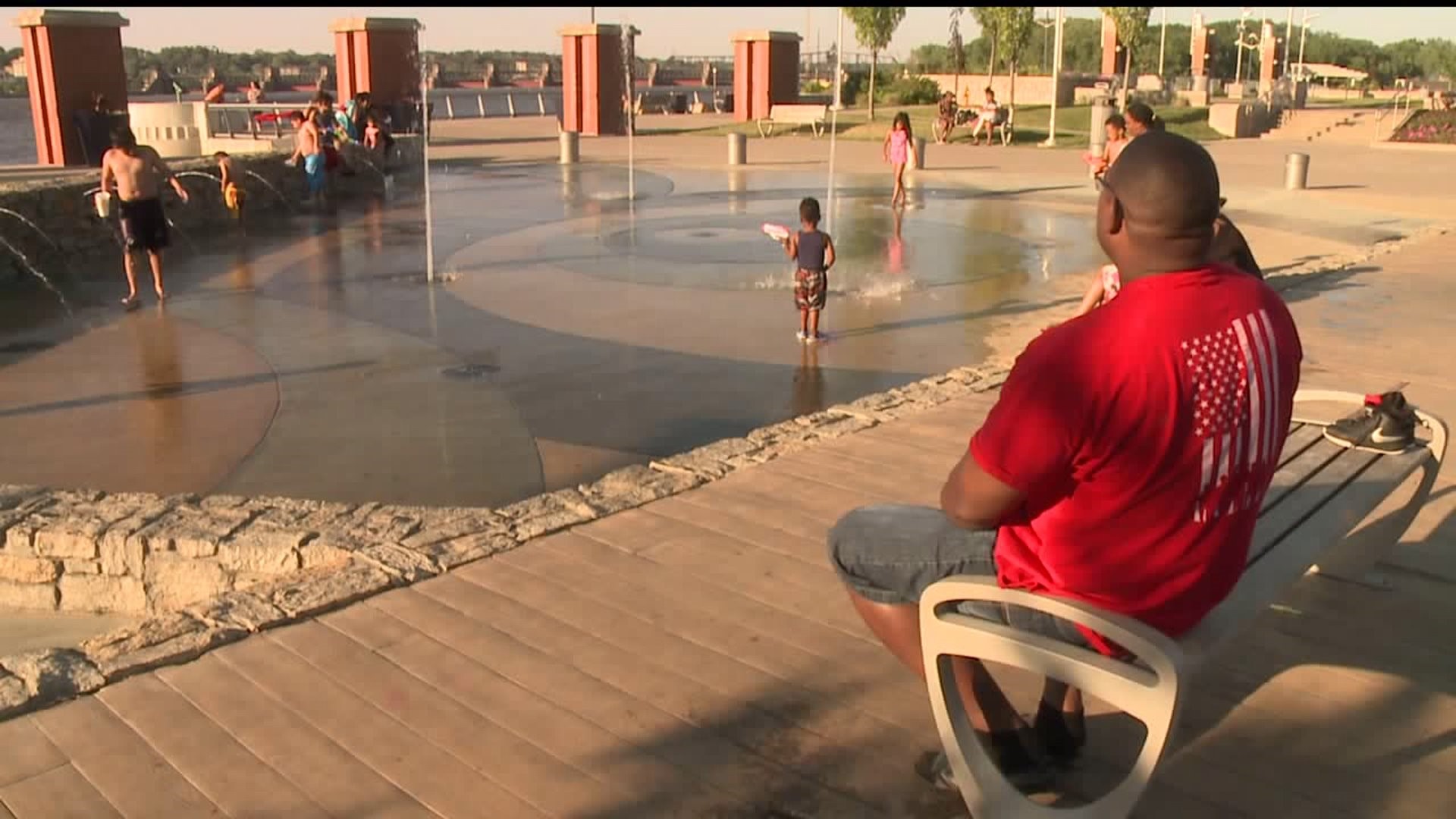 ROCK ISLAND-- A record breaking hot temperatures are not enough to stop people in the Quad Cities from enjoying themselves outside.

For Pee Wee's Restaurant in Rock Island, that means making their first appearance at Gumbo Ya Ya.

" It`s a southern restaurant with some Louisiana dishes, we have gumbo, red beans and rice ... no one does this like we do it here in the Quad Cities," says Will Clay, one of Pee Wee's owners.

Clay says the Cajun jazz fest is just what his business needs to bring new customers to Pee Wee's, so he has to make sure everything runs smooth, including making sure his team stays hydrated.

"We have to keep them hydrated we want to keep them happy too some smiles some pleasant have some water if you want to walk around if we're not busy take a break just relax a little bit have some fun," says Clay.

Across the street at Schwiebert Park, Robert Hamilton is keeping his 4 year old son cool and entertained at the water playground.

“This is our second event today, we went to the carnival that’s in town and it got kind of warm... so we figured we go over there where the sprinklers were so we could cool off a little bit," says Hamilton.

Getting out of the summer heat no matter where that may take you.